If you thought Sidi were the only one to bling up sports people’s feet, you are thinking a bit too short! Footballers have to jump on the bandwagon with a lot more jazz; let’s face it, they enjoy way more popularity worldwide than any other sportspeople do. And keeping that in mind, here is a glimpse of French football player Mamadou Sakho’s Swarovski-studded Nike Superfly II‘s. Crafted by Pierre at Orrovan Design Studios, Paris, Orraovan Design blog states that PSG center-back Mamadou Sakho got these specially made to celebrate his selection into the France National Team a friendly with Brazil.

Studded with as many as 5,000 Swarovski crystals, the left boot has a French flavour while the right has the feel of Brazil. While nothing has been mentioned about costing footy-boots.com has calculated the cost at roughly £1,575 ($2,560). 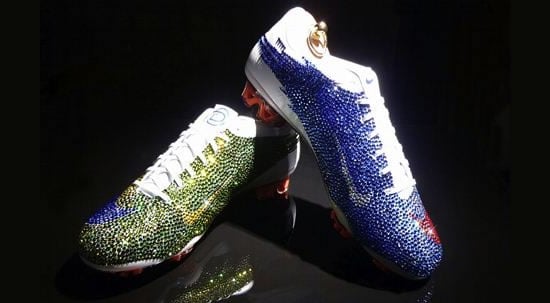 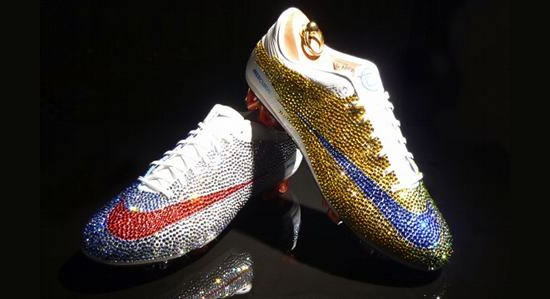 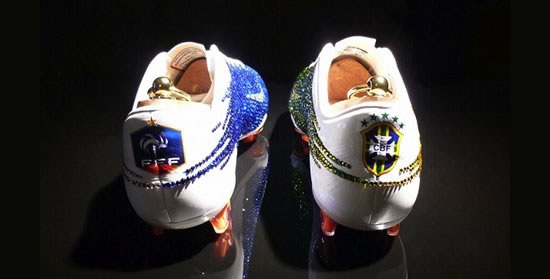 Thanks for the tip Kristien