In a curious case of the set matching the looks, and I mean ‘matching’, not just “complimenting”, came the Dior Homme Summer 2015 show. The colored stripes that sat at random on the flooring had somehow already made their way on to the clothes. This revelation wasn’t sudden though. But the progression that began with pinstripes exploded onto the staged scenery along with graphics that are handwritten and bold. 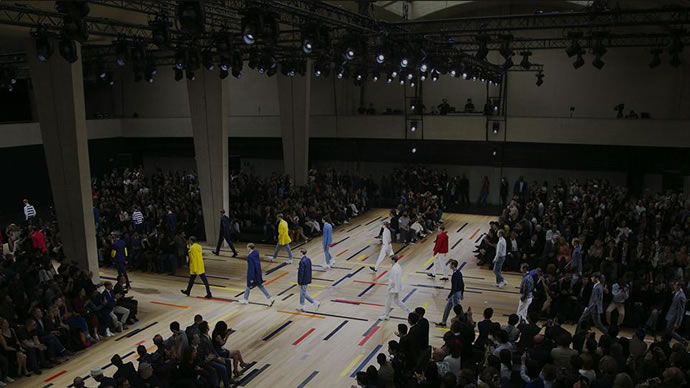 What seems to be the look a bourgeois businessman would don were he to dare going boho is what has been perfectly conveyed within the show. It is said that Monsieur Dior himself would get away from the city and into an artistic circle for renewing and recharging creativity, as well as maintaining tradition. Could this perhaps be a way of transcending this spirit into our generation? Says Kris Van Assche, Creative Director of Dior Homme, “In this collection, the dialogue with Christian Dior himself continues,” as a letter written by the grand founder of the House finds its way onto key pieces within the collection.

A nautical theme lingers throughout. Most of these may be suits but it is summer collection after all. “The text elements in the collection are taken directly from the letter. I wanted a sense of renewal and an idea of Christian Dior’s artistic milieu to come through as well as his love of formality and tradition – here the bourgeois meets the artist, but very much in the present day. There is still the idea of individual and human in this collection, together with the release and relaxation of getting away from it all, from the city to the sea.” So without further ado, we give you our five top picks from the collection. 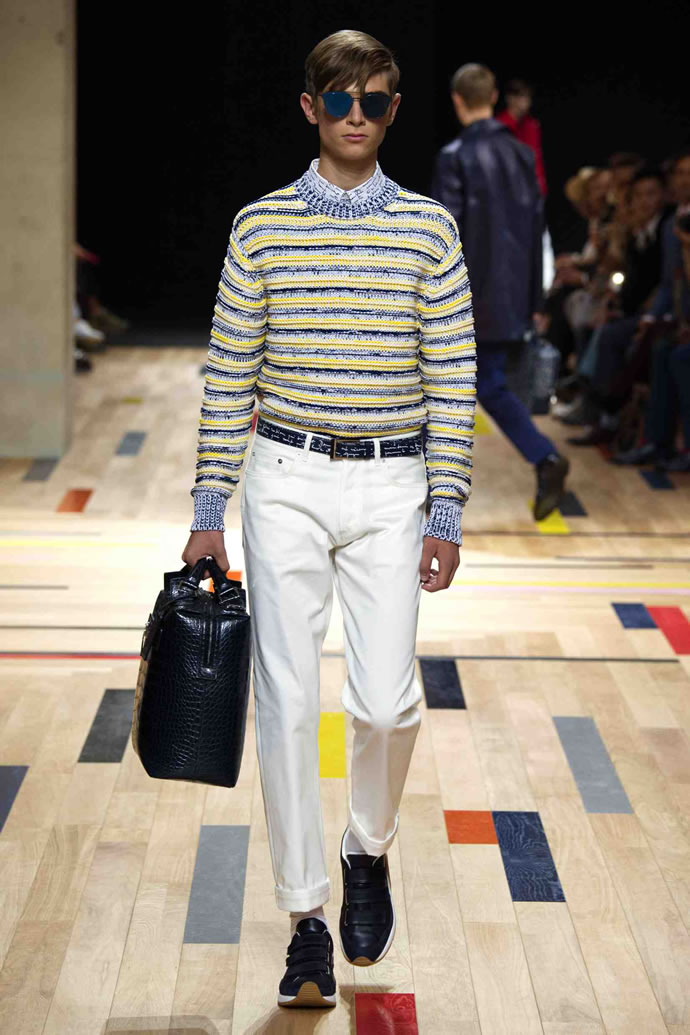 What you see here is nautica at its best and yet, pared down with a basic pair of pants. It is interesting to see a striped knit against a neutral alongside accessories that elevate its somewhat subtle status (look closely and you’ll find the text elements from the letter on the belt). 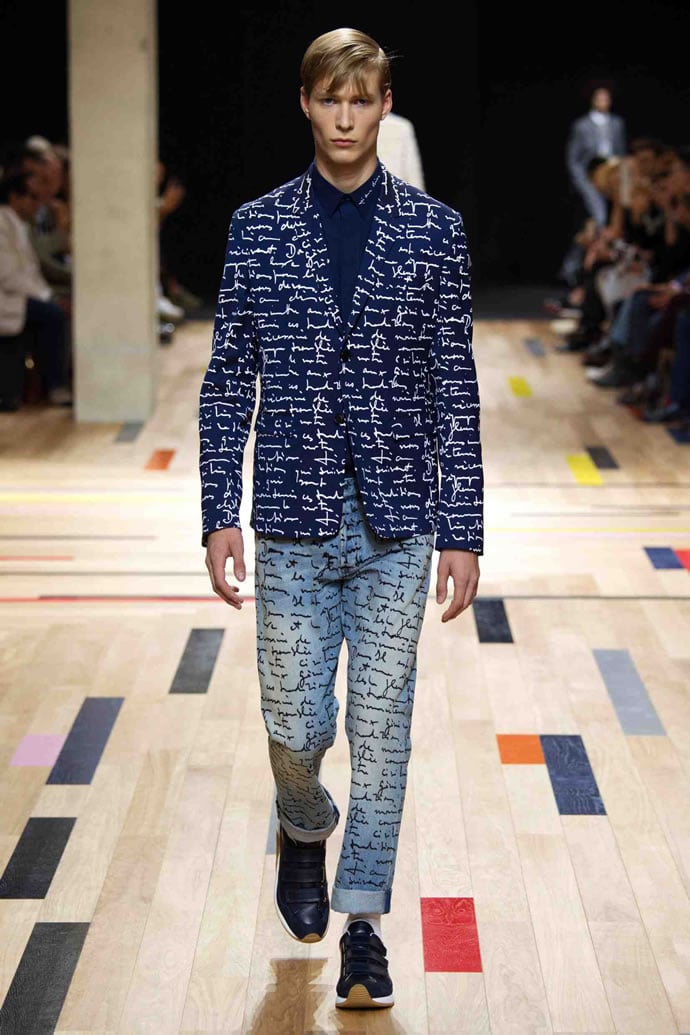 And then here’s where one needs no concentrating. As the model walks down the ramp wearing the letter written by Mr. Dior in the fifties on more than just his sleeve. From shirt collar to jacket to light denims is quite the progression. The Dior man seems ready to leave the bustle of the city for the calm of his house in the south of France where his artist friends await him. 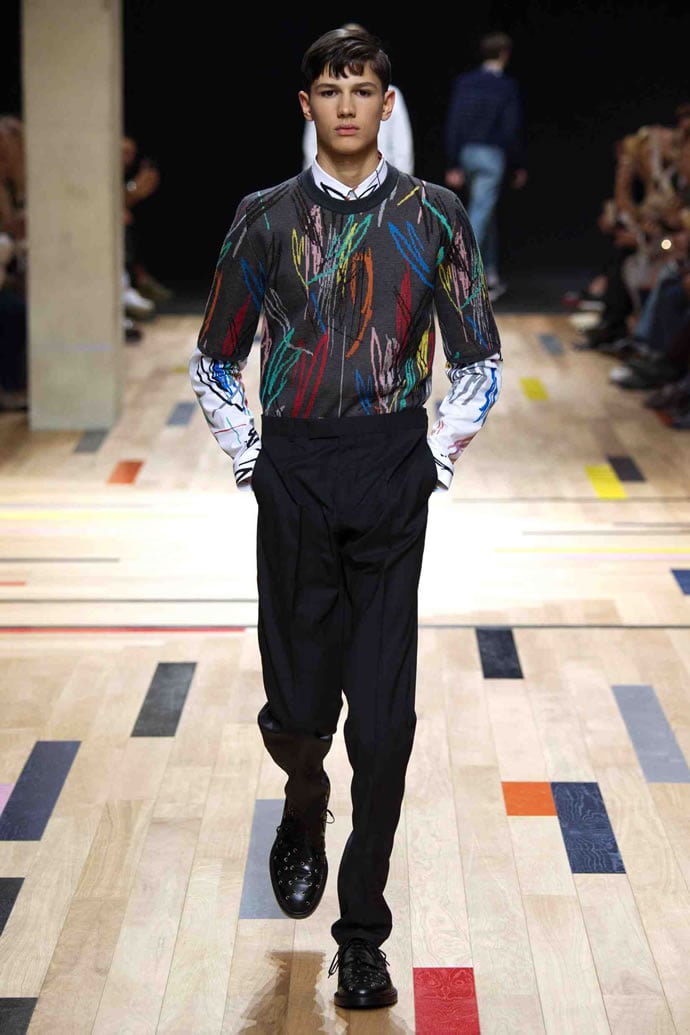 And now he is, amidst artistic company that is. His clothes, a knit over a shirt and shoes, all with a jolt of idiosyncratic print, confirm the same. Here’s where the businessman and the bohemian artist are both equally embraced. 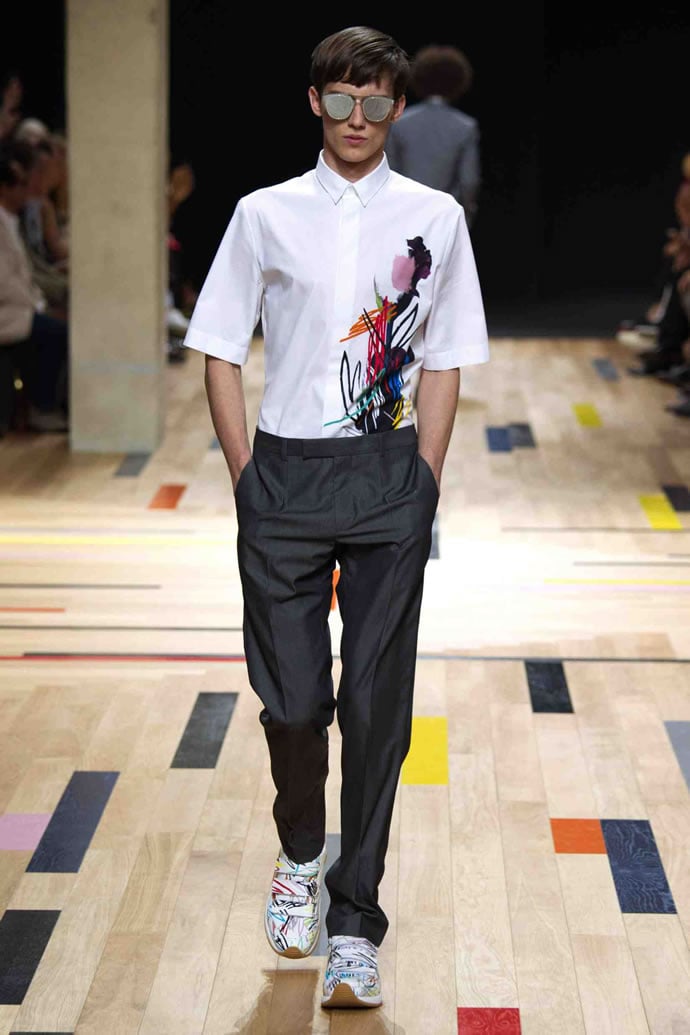 If, however, you want to take the transition easy, then nothing says Dior Homme Summer 2015 than this look that is both bold and clean. And also bordering on futuristic we think, the metallic from the trousers almost reflected in the sunnies while the sneakers keep it playful. 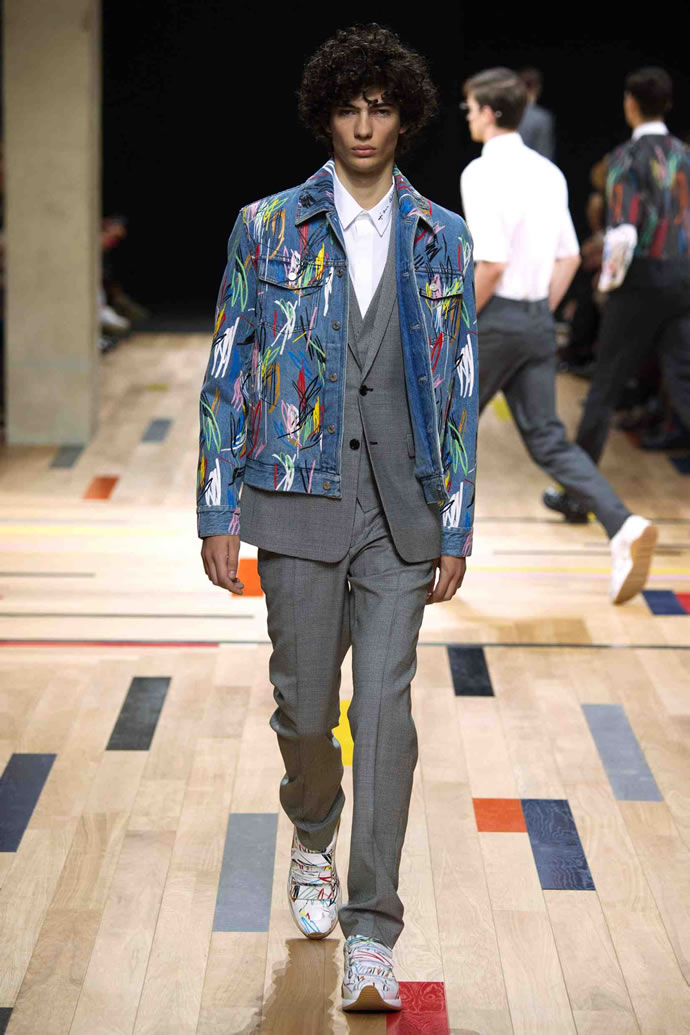 But here’s something from our end, labeled besides ‘Christian Dior’, ‘LL Loves’. For this is where the juxtaposition, the contrast and combination, comes out in full swing. While there’s enough midnight blue to go around in the collection, the denim jacket with bold linear pattern layered over the formality of the elegant gray suiting forms the crux of the line that sees everything from a lemon yellow raincoat, a red canvas parka or a striped tank under a jacket.

“A breaking of the codes and a bending of the rules that supposedly govern menswear informs the quality of the clothing.” Now what remains to be seen is whether the modern metrosexual man will take to it. But whether he dares or he surrenders, there’ll still be something in there for him.