Coyote boots is an option if you are a spy to Siberia. Or that’s what I thought. Boots invented by Oscar de la Renta looks like a feet has been pulled off a really big coyote so that fashion crazy individuals can flaunt their wealth and the lack of brains. Boots are normally a fashion statement and most of them look real neat and, more importantly, wearable. But this one somehow has an eerie effect on it as though you are drawn to the wilderness. It looks like it might be comfortable though. But scary, nonetheless… and not too attractive either.

READ:  A necklace designed out of Ford Focus car parts to celebrate 100 years in Britain

But if you insist, the Oscar de la Renta Coyote Boots costs $798. 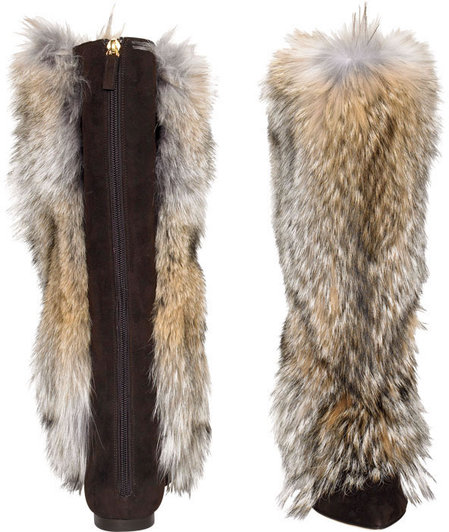