The Aztec Empire was consolidated, during the rule of the second Aztec emperor Moctezuma I. He is the one responsible for the remarkable artistic and architectural achievements of Aztec culture. This is why he is the inspiration behind the Patron of Art pen collection which pays tribute to those who exemplify the importance of art patronage throughout the world. This great ruler made a mark way back in 1440 to 1469 as he brought social, economical, and political reform to strengthen the Aztec rule. As much as the ruler’s work is praiseworthy, this year’s Patron of Art Homage to Moctezuma I continue to be a fantastic example of Montblanc’s expertise in pen making much like the ruler who excelled in his times. The ruler is known most for his building projects including the dike across Lake Texcoco and the temple to the god Huitzilopochtli. Today, the temple is known as Templo Mayor. 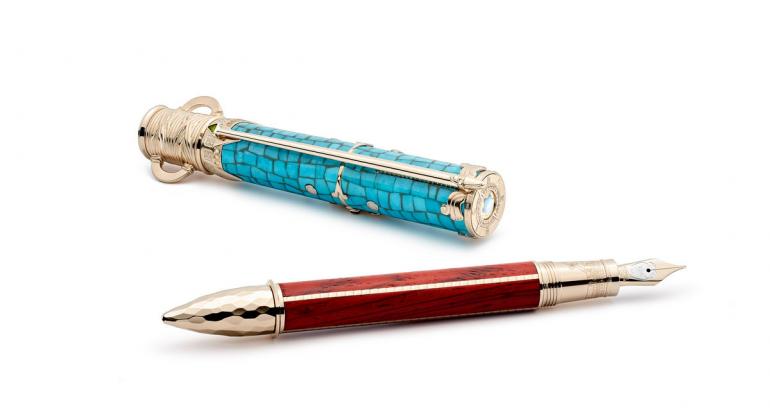 Montblanc Patron of Art Limited Edition 87
The Montblanc Patron of Art Limited Edition 87 pays homage to 1987, the year Templo Mayor was added to the UNESCO World Heritage list. It doesn’t take much to guess that this attractive writing instrument takes its inspiration from a place that’s rich in art, culture, and heritage. It includes the color turquoise, a favorite in Aztec decorative craftsmanship and creations and is lavishly used in the cap. An interesting fact about the cap is that no two pieces are identical as the designs of the 87 caps differ slightly from each other. Another beautiful aspect of this pen is the elegant mosaic feature that involves a specifically treated Au 750 solid champagne-tone gold inlay to create a vintage look impersonating antiquated artifacts. We love the clever use of jade cabochons and a central Aztec motif symbolizing the ‘five suns’ creation myth. 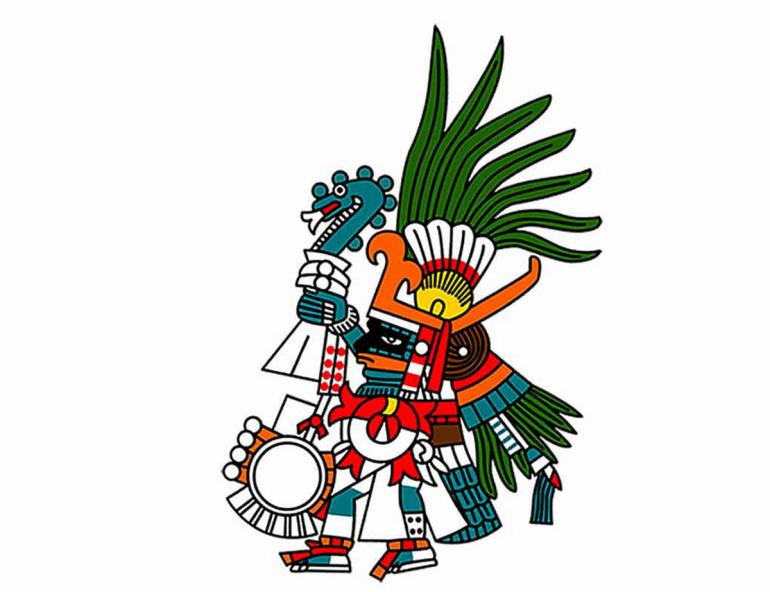 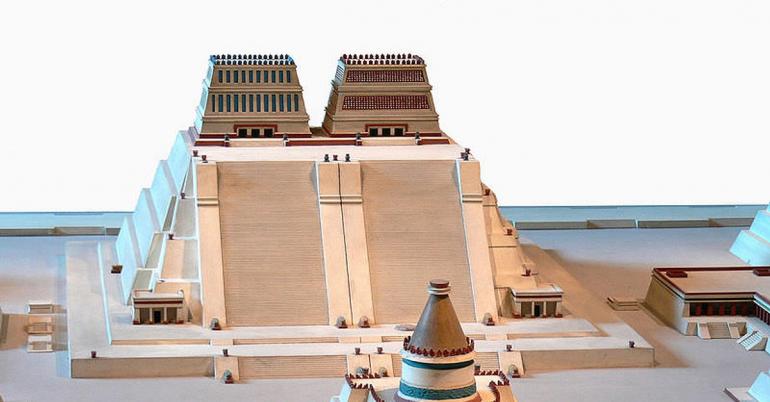 It’s impressive to see the incorporation of important elements from the reign of Moctezuma I used in this stunning tribute like the cocobolo wood barrel is made keeping in mind the famous El Sargento tree planted during his time. The mother-of-pearl Montblanc emblem on the cap top is embedded in an engraving of an Aztec sun disc. The Au 750 solid gold nib is engraved with an Aztec glyph, a symbol of sacrifice. One more engraving finds its home on the forepart and represents the second name of Moctezuma I: Ilhuicamina. On the release of the Patron of Art Homage to Moctezuma I Limited Editions, Montblanc is also offering an exceptional stationery notebook in red calfskin Saffiano leather embossed with traditional Aztec motifs. 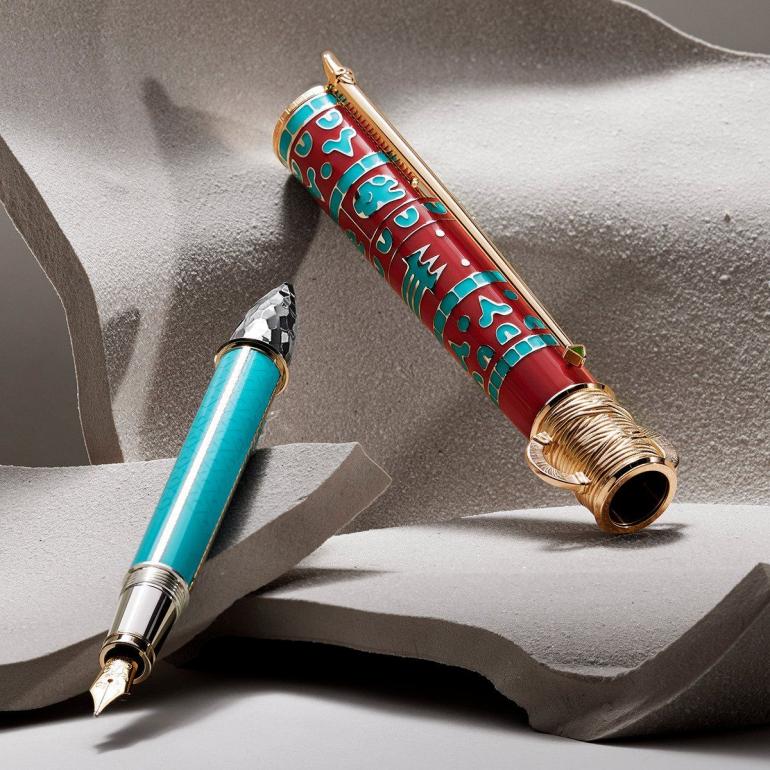 Montblanc Patron of Art Limited Edition 888
This is another attractive aztec beauty that focuses on other important elements of the Aztec empire like the garments and weaponry. Turquoise and carmine red, both highly revered hues by Aztecs dominate this beauty along with g 925 sterling silver cap. Moctezuma’s weapons, skulls and traditional Aztec’s ornaments can be spotted as delicately done engravings like a spear-shaped clip adorns the engraving of the quetzal’s feather and enhanced with a triangular-cut green jade. Montblanc’s iconic emblem is set in mother-of-pearl embedded within an engraving of the Aztec sun. an engraving of Moctezuma’s cloak beautifies the lacquered turquoise barrel. The writing instrument is finished with a handcrafted Au 750 solid gold nib which looks striking with the presence of an Aztec glyph for the city of Tenochtitlan and a hammered-cone in contrasting Ag 925 sterling silver. 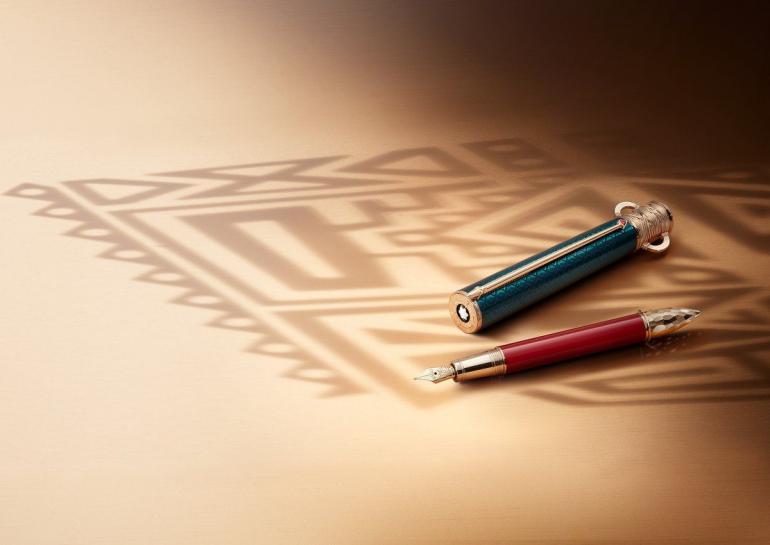 Montblanc Patron of Art Limited Edition 4810
Looking divine in lacquered petrol and carmine red the Montblanc Patron of Art Limited Edition 4810 takes a different shape, that of Moctezuma I ‘atlatl’, an Aztec spear throwing weapon. Moctezuma’s credentials as a great warrior are impressive and this pen pays homage to his greatness. a symbol of his high rank can be found on the cap. The cap also signifies the years in which the reign of the great Aztec king began and ended. It holds a design of the atlatl’s thread-wrapped handles embellished with two Aztec glyphs taken from the Mendoza Codex. A spear-shaped clip, and handcrafted Au 750 solid gold nib is adorned with a fine engraving inspired by the Aztec glyph remains common here. Seen on the pen is a hammer-finished cone, based on a traditional Aztec sacrificial knife with an obsidian blade. 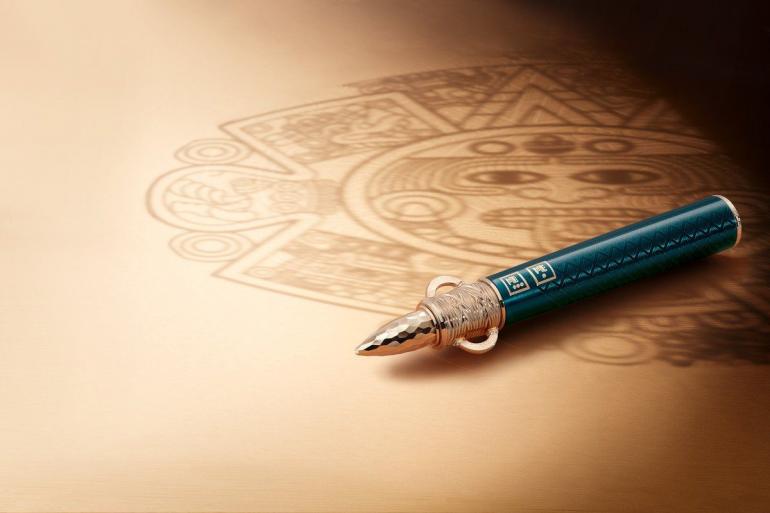 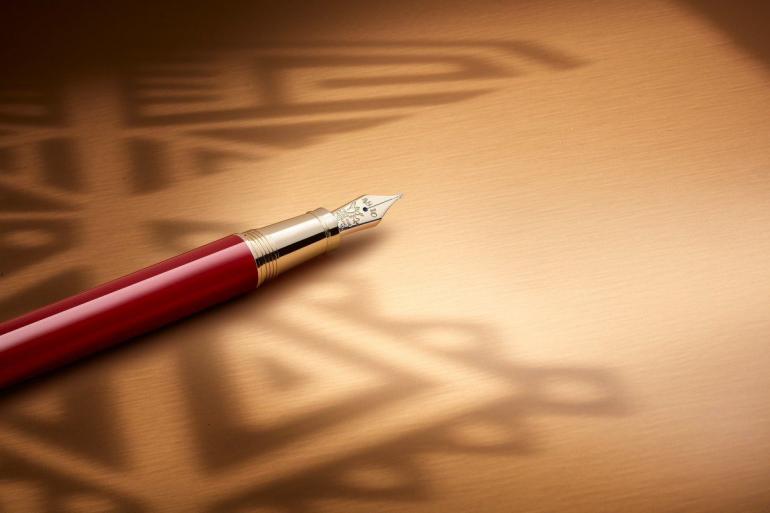 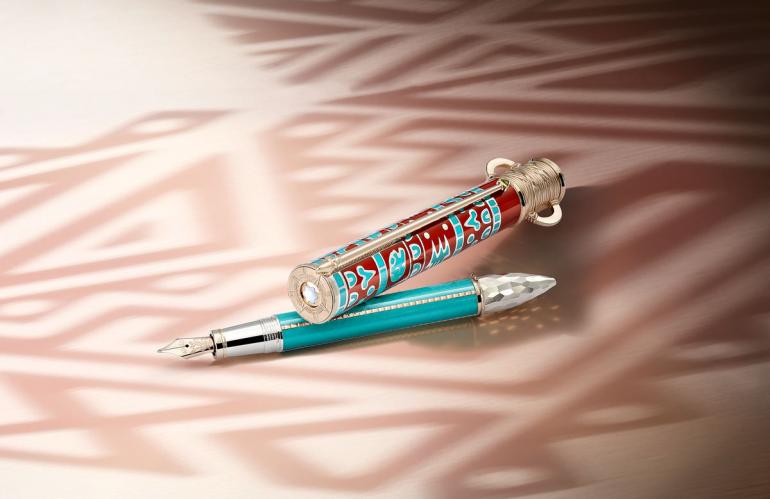 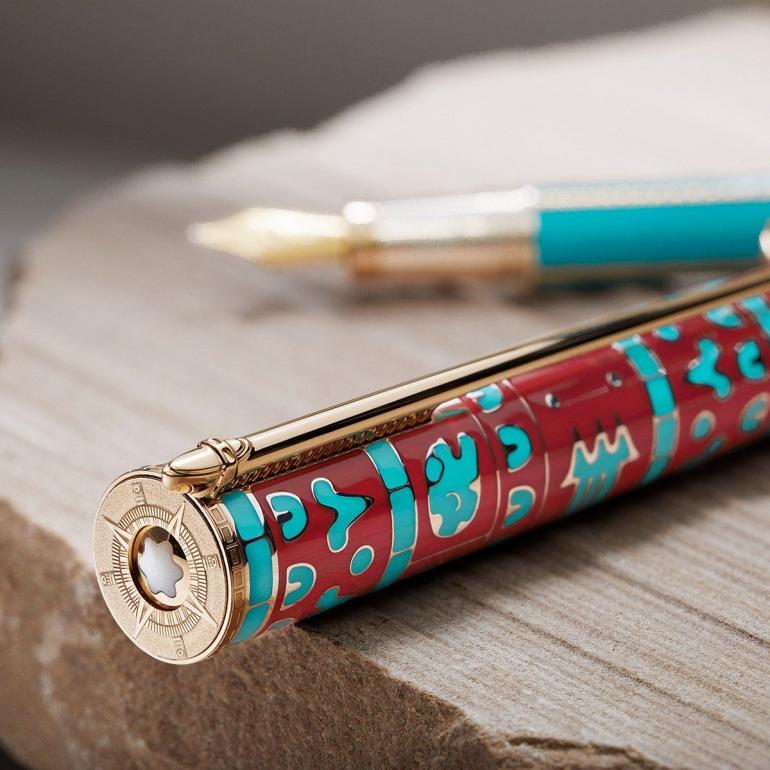 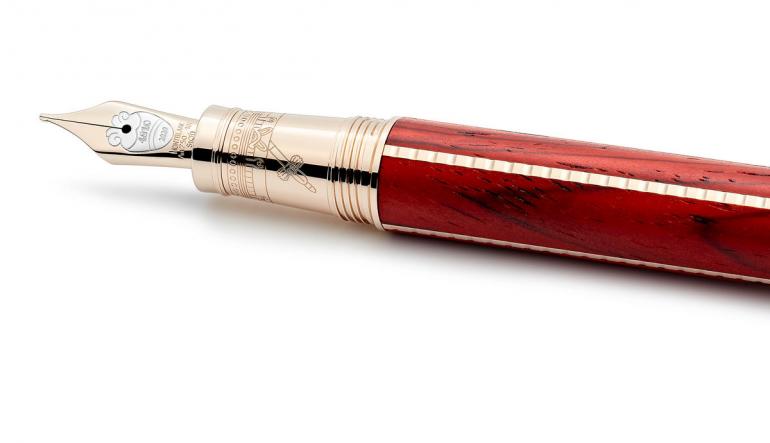 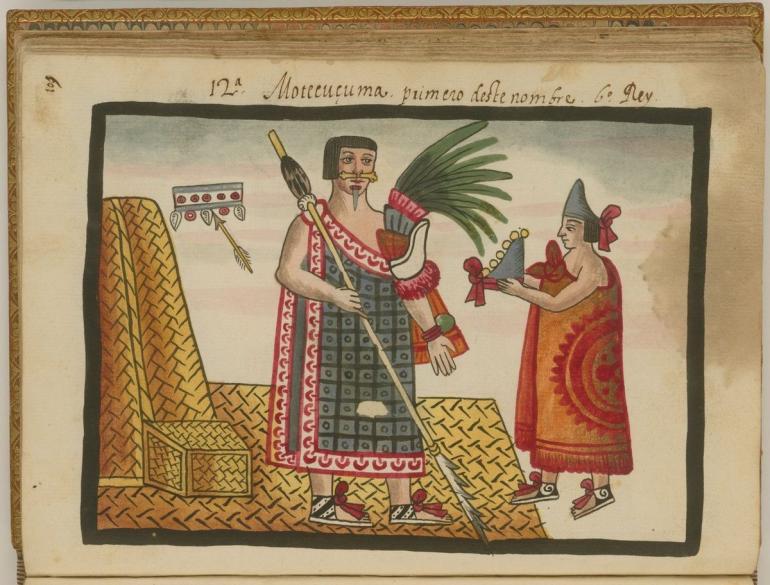