If you don’t have room for a bathtub with jet sprays, then you can look for a futuristic shower design instead. One such option comes from Graff as it has come up with a new electronic shower system called Aqua Sense. It is said to offer “spa-like luxury while remaining sustainable.” The system features ceiling mounted shower heads, RGB lighting effect, speakers, touch-screen control panel, a waterfall shower, a wall-mounted cascade, and rainfall showerhead and a wall-mounted cascade and rainfall with RGB LED shower head. Now that is something that worth checking out. Click here for more details. 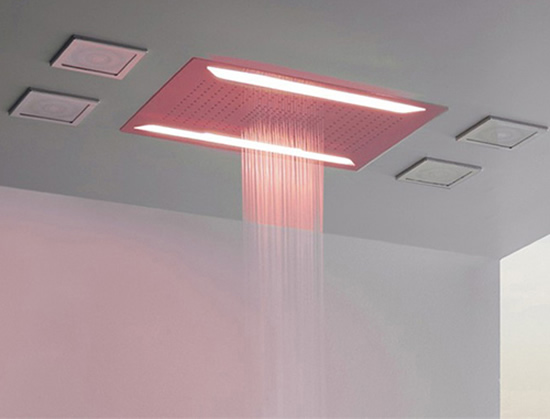 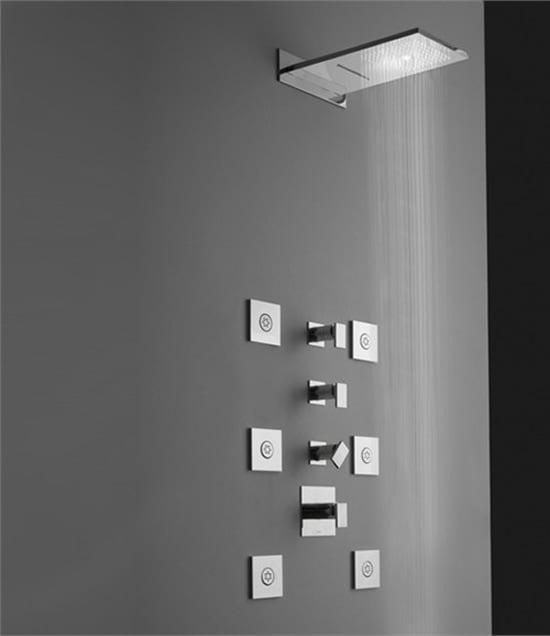 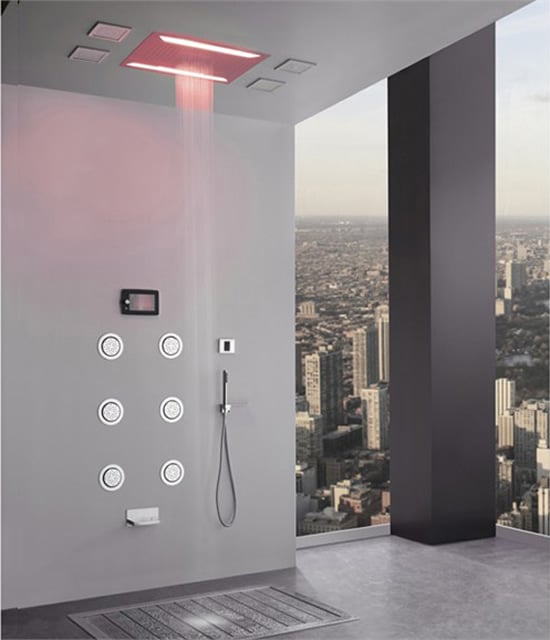 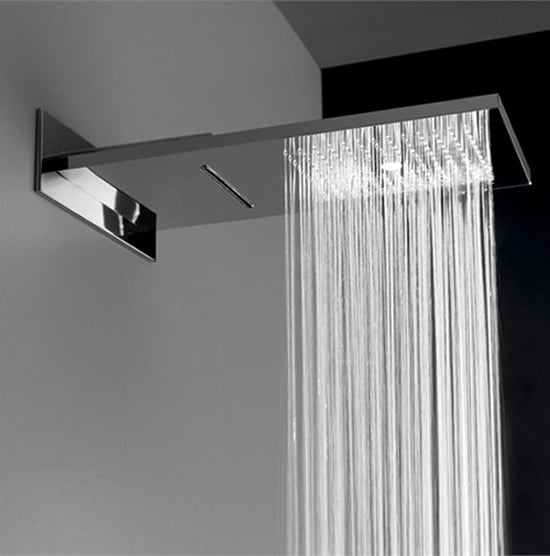 Tags from the story
showers