As the world observes the first anniversary of Steve Jobs’s death, the nice guys at Computer-choppers have rekindled their life for the New Macbook Air after a 2-year lull. The product lineup features two variants of the Macbook Air done up in 24 carat Gold. The Macbook Air 11″ and 13″ versions also sport custom engraving, a color-matched keyboard, and a trackpad. These new laptops also feature the sane plating and anodizing techniques as sported in the Macbook Pro lineup’s earlier creations. 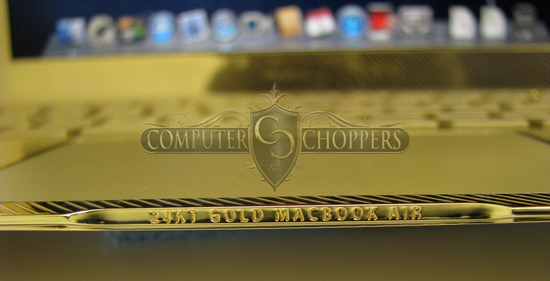 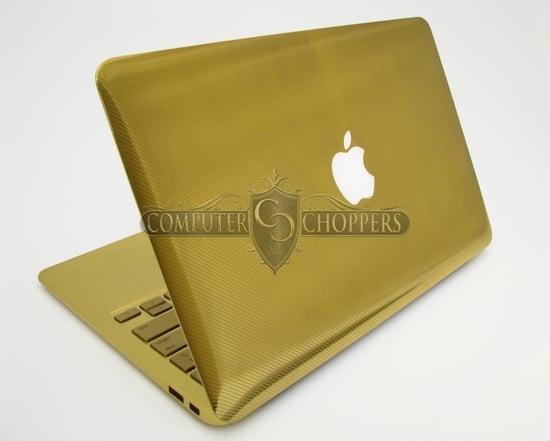 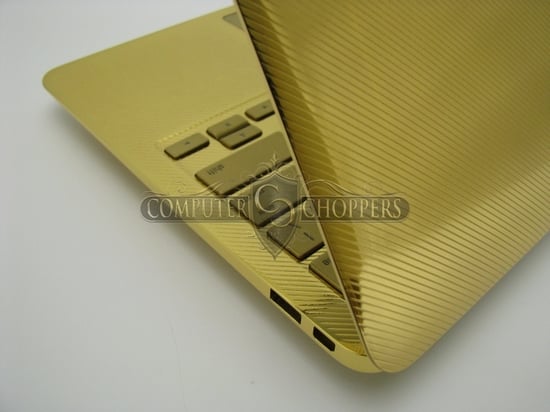 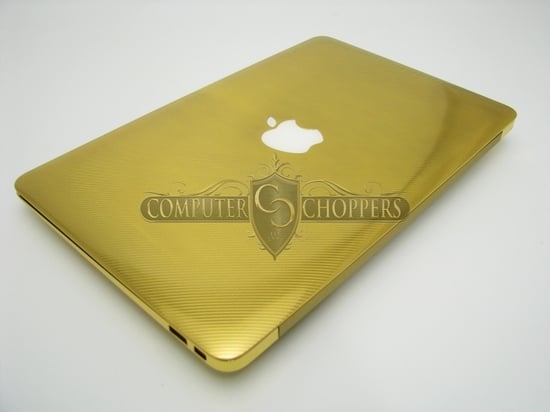 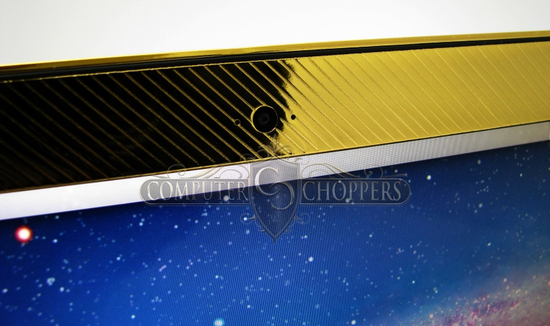 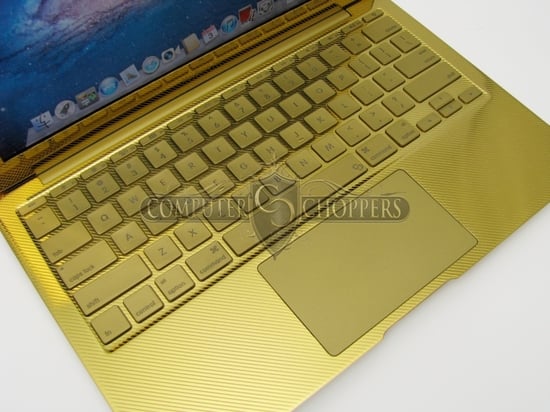 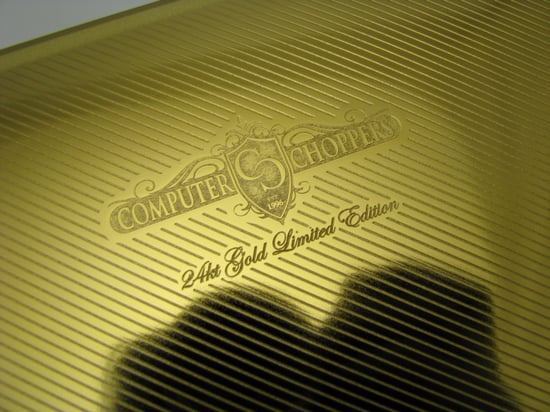