Anticipations were running high before the Apple event that concluded yesterday with fans waiting to catch a glimpse of the refreshed iPads; more specifically, the all-new iPad 5. Along with a leaner and sleeker body shell, the new iPad was anticipated in newer attractive colors. But in a surprising move, Apple not only decided to get rid of the numeral suffix but re-brand it by naming it iPad Air. It looks a lot similar to the iPad mini, with an incredibly slimmer bezel around the 9.7-inch Retina display. Apple says it’s 20 percent thinner than the previous iPad; it’s just 7.5mm thick and weighs only 1.0 pounds which are 28 percent lighter than the iPad 4. It is amazing how beautifully Apple has packaged the new iPad Air. 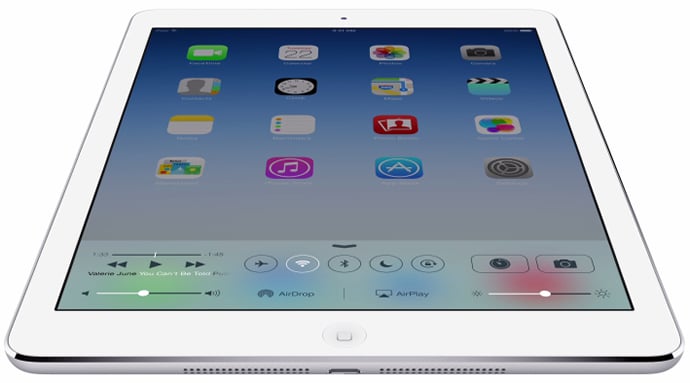 The new iPad Air has the same Retina display as the old iPad 4 with a resolution of 1536 x 2048 pixels and pixel density of 264ppi. Under the hood, the old hardware has been swapped with more up-to-date specs, including the 64-bit A7 processor and M7 motion coprocessor found in the iPhone 5S. Apple claims it is 8 times faster and has 72 times better graphic performance than the old iPad. The new iPad Air also comes with a 5-megapixel iSight camera and FaceTime HD front-facing camera and 10-hour battery life. 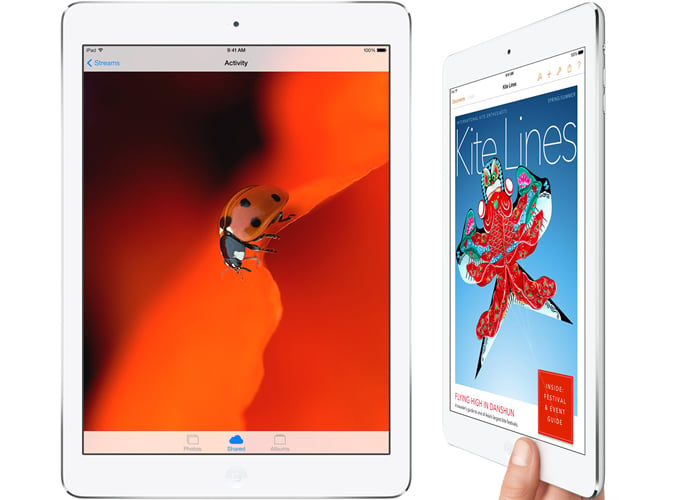 The iPad Air will hit the market shelves starting 1st November but without the option to pre-order this time around. Interestingly, it will be available in silver and white, accompanied by the new space grey and black color options. Sadly, there won’t be a champagne gold iPad which was heavily anticipated. The prices for the WiFi iPad Air start at $499 and $629 for the LTE versions.

Tags from the story
Apple, Apple-iPad