Have you ever wondered what would it feel like if you had Superman’s power of super-hearing and could listen to sounds from all around the city? While it is practically impossible, British designer Dominic Wilcox and creative technologist James Rutherford have partnered together to create a device that appears like a binocular but rather than seeing, users will be able to hear sounds from different parts of the city. Named “Binaudios”, the giant pair of audio binoculars has been set up at Sage Gateshead, located in the cultural quayside quarter of Newcastle Gateshead. 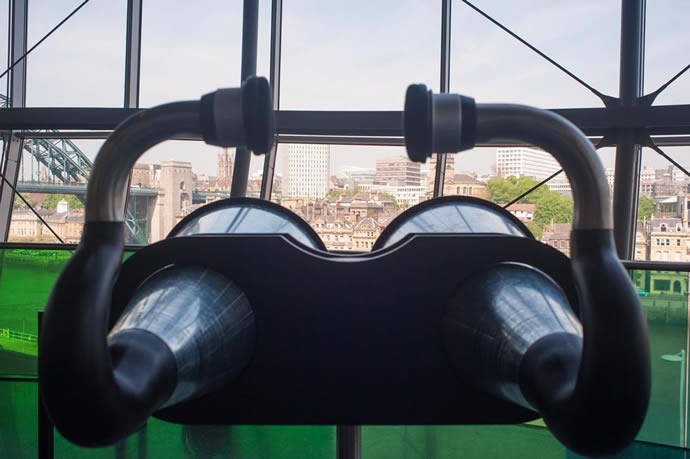 The inspiration for the Binaudios came from tourist binoculars which Wilcox took as a starting point for the project. Users using the Binaudio can point the over-sized device to 50 different locations seen out of the Sage Gateshead windows and hear sounds specific to those locations. Turning the giant cones towards the football stadium the users will hear the crowd chanting or if it’s pointed to the Tyne Bridge, they’ll hear King George V’s speech when he opened the bridge in 1928. The stereo sounds are pre-recorded into a system which is made up of a hidden computing unit (Raspberry Pi) and the cones pivot with stereo sounds moving from one ear to the other creating a real feeling of listening to the city across the river. Though the massive size of the cones are unnecessary and are just for show, but the concept in itself is very interesting. In fact, the Binaudios can be used at locations like the top of Empire State Building which will give an audio tour to the tourists visiting the city. 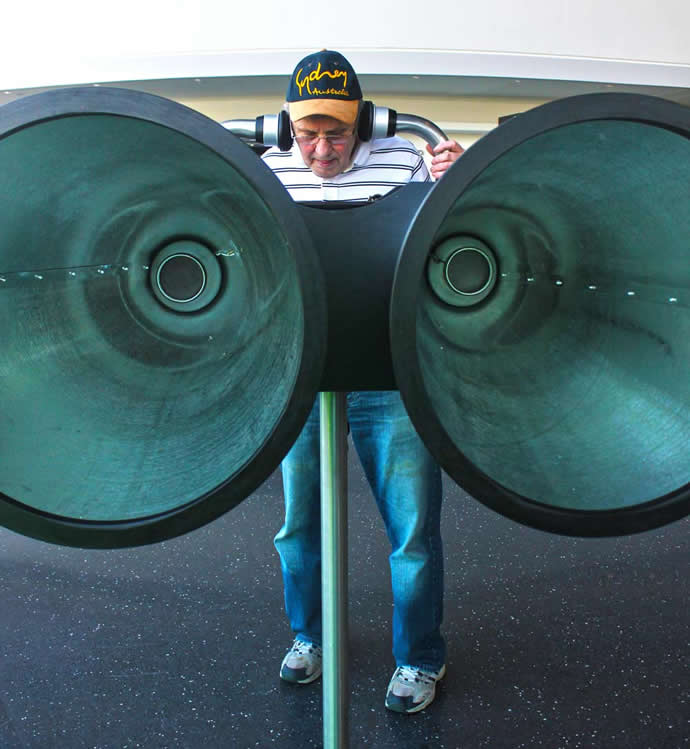 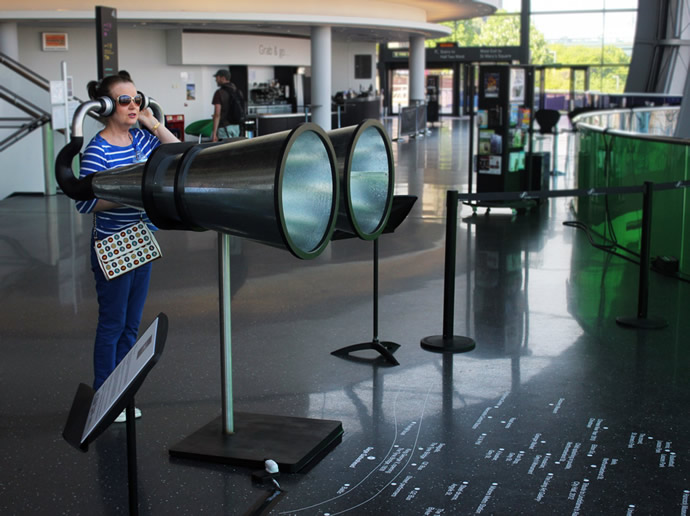 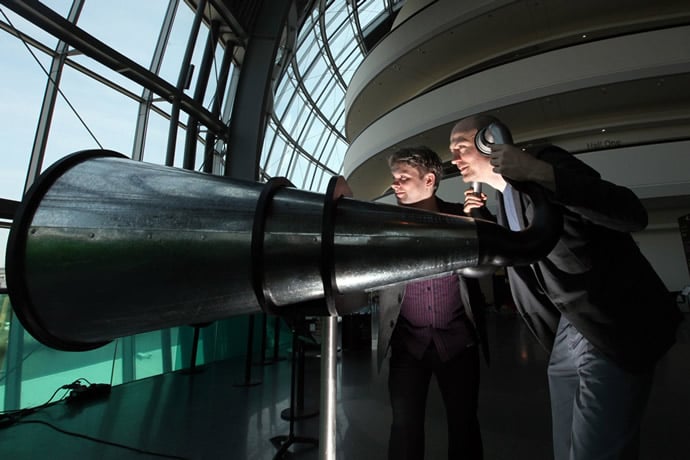