Its 2020 people, which means all those things in movies that left you gobsmacked as truly marvelous and even impossible or unachievable will certainly be fulfilled in the weirdest year ever. Skydiver Peter Salzmann teamed up with BMW to design an electric wingsuit which in layman terms means he could fly. So it’s safe to say we now have our real version of what can be called a superhero- a man that can fly! The electric wingsuit is the brainchild of professional skydiver Peter Salzmann, who worked with the German carmaker to bring the vision from a drawing to the first flight test. After three years of intensive research and countless test flights in BMW’s horizontal wind tunnel, pioneer Peter Salzmann went soaring through the sky at speeds of up to 186 mph. The feat is achieved with top-notch technology which involves two carbon propellers that deliver a power of 7.5 kW, a speed of around 25,000 rpm, and a total output of 15 kW, which is available for five minutes. The chest mount is powered by a 50-volt lithium battery that weighs around 26 pounds and also equipped with an energy storage unit. The video is absolutely breathtaking with Salzmann jumping from an altitude of 10,000 feet near the Drei Brüder peaks in the Hohe Tauern mountain range in the Alps with two other wingsuit daredevils.

The idea of an electric wingsuit came to Salzmann in 2017, “The very first one was made of cardboard – and I built it so that I could get a feel for the size of the fly unit, i.e. the impeller unit including the batteries and everything that goes with it. Initially, we were going to put the propulsion unit on the back. But after the initial drawings and discussions with aerodynamics experts, we decided to move the fly unit to the front.” This technology could change the way the world functions and if that day ever arrives I will be getting one to go to work. 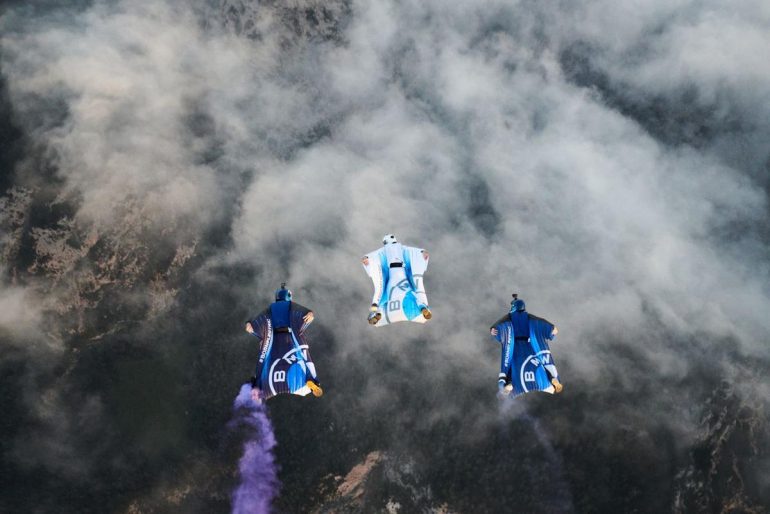 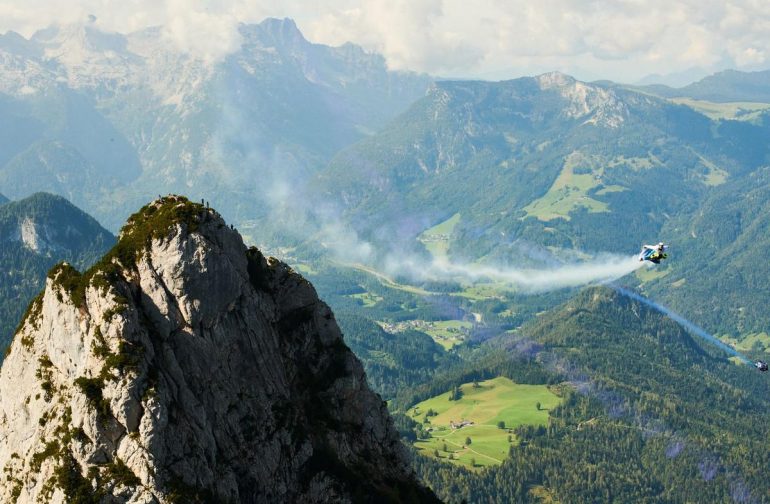 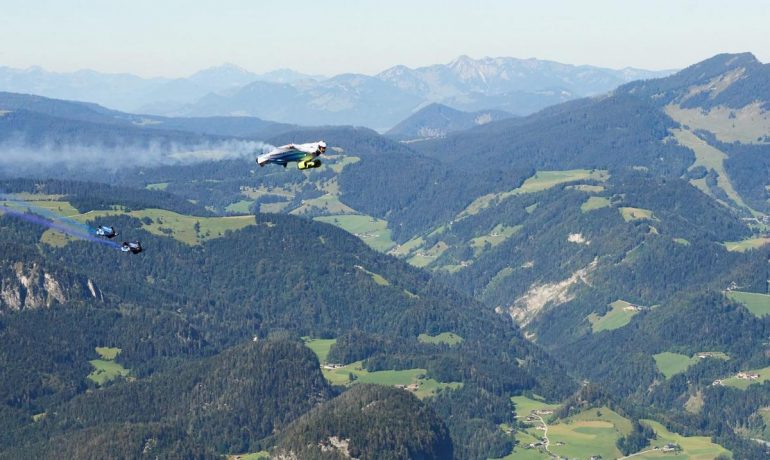 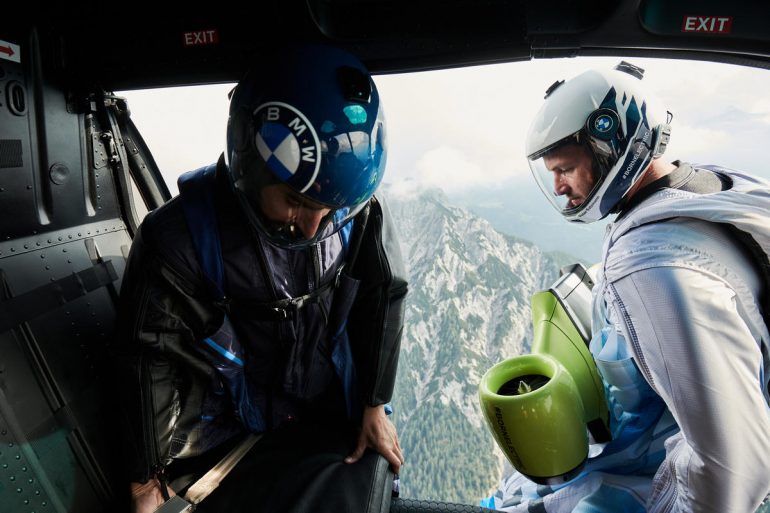 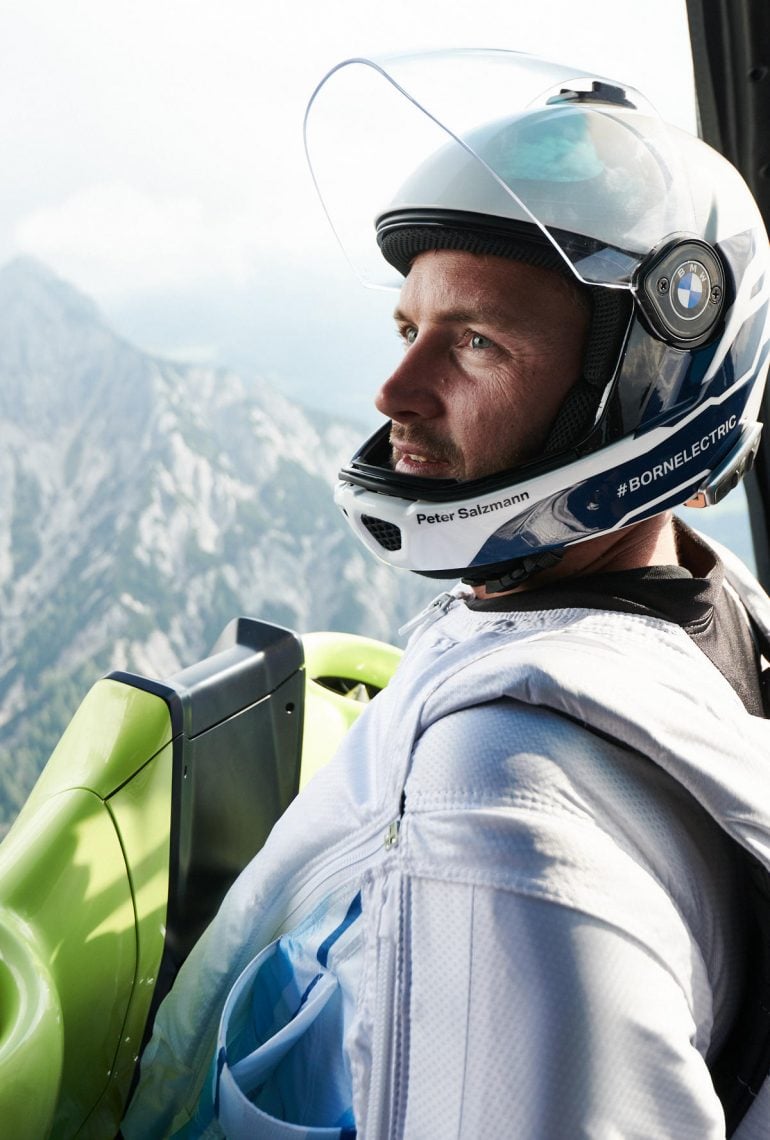 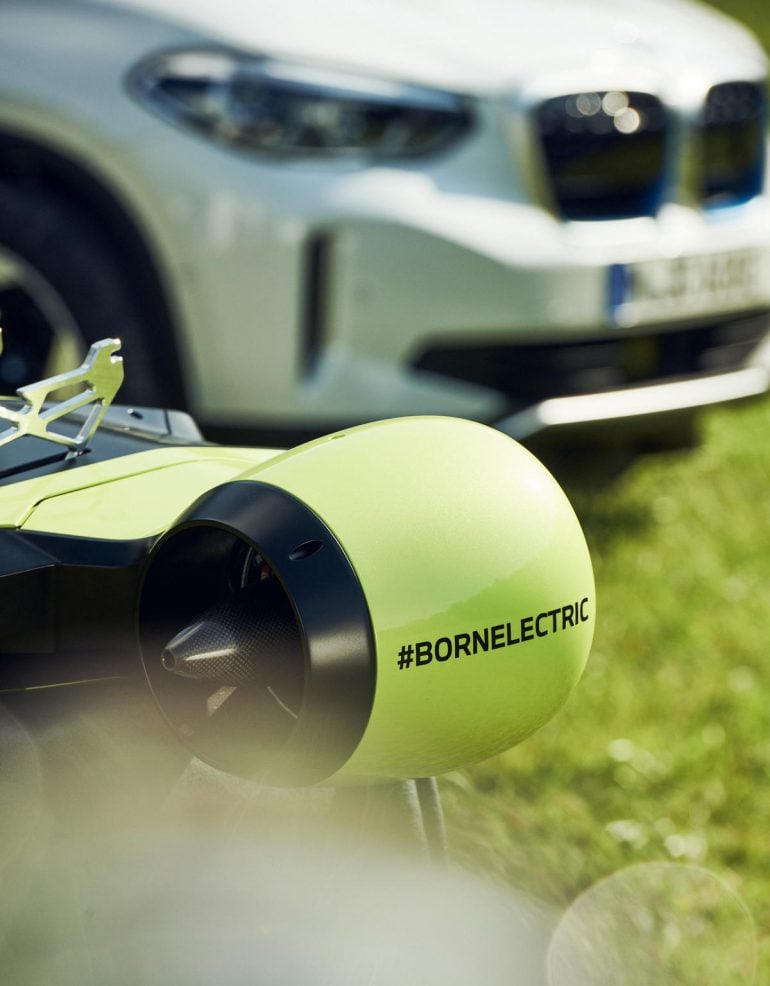 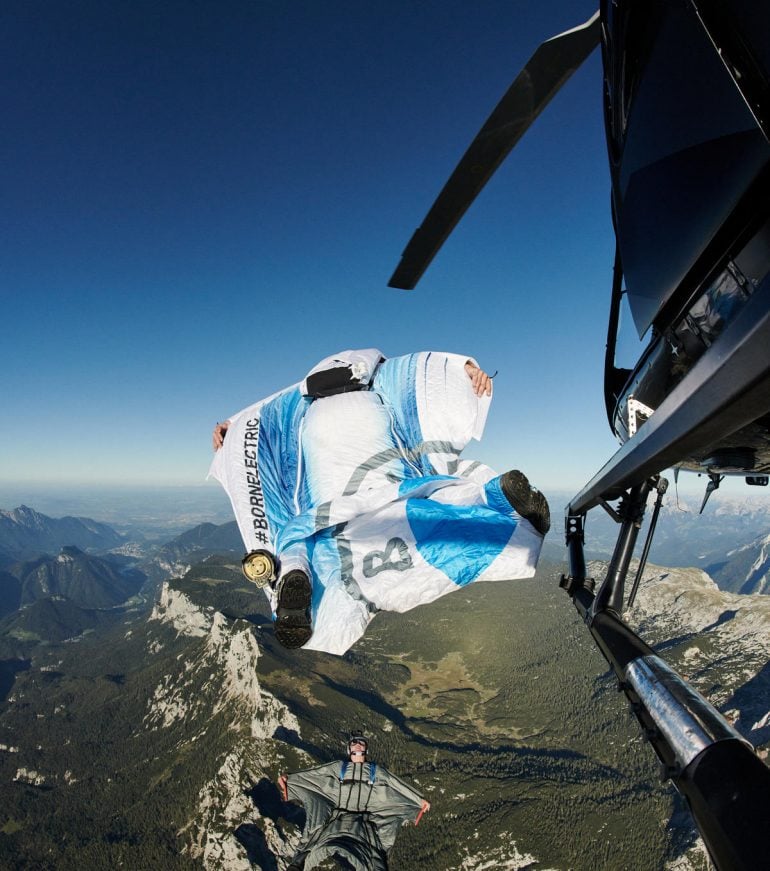 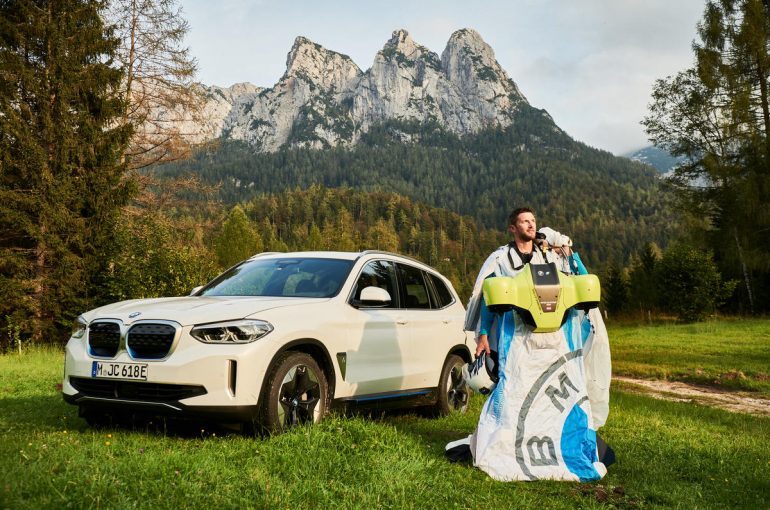