Audio company Bose has introduced a new take on the augmented reality wearables with its new AR glasses. Making its debut at the SXSW festival in Austin, Texas, the Bose AR is the world’s first audio augmented reality platform. Augmented reality is almost exclusively associated with vision, but Bose’s prototype wearable demonstrates that sound-based AR might be the way to go. The concept device consists of a pair of 3D printed sunglasses that is paired with wafer-thin acoustics package developed specifically for the platform. It combines data from embedded motion sensors with GPS stats from your smartphone phone to output contextual information based on positioning, gestures, or geolocation through its high-quality speakers built into the arms of the glasses. 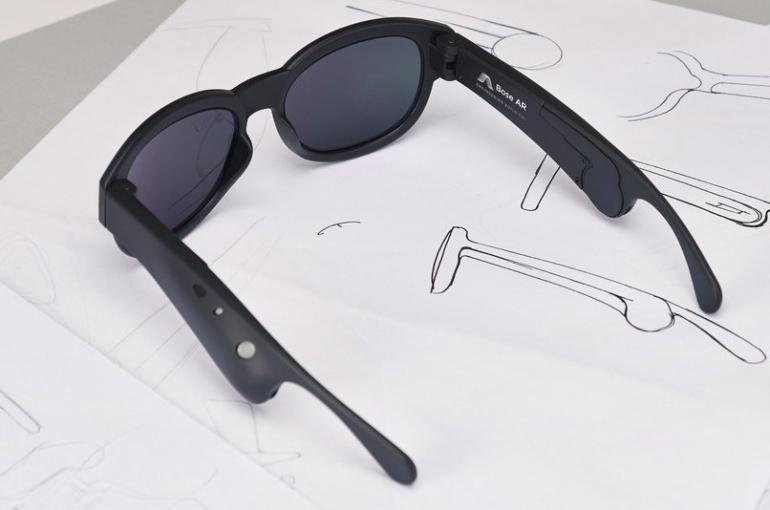 The company has established a $50 million fund for Bose AR developers, and 11 software partners are already onboard, including Yelp, TripAdvisor, and fitness company Strava. Bose is also working with academic research institutions, which includes the likes of MIT Media Lab to advance human interaction related to augmented audio reality, and the NYU Future Reality Lab.”Right now most of the news and excitement around AR seems to be on the visual side,” Santiago Carvajal, Bose’s director of consumer electronics research at strategy, told Cnet in an interview. “But we think there’s a really interesting application in audio. Imagine if we could present a layer on top of someone’s natural hearing … and give context.” The AR wearable is still in its concept form and isn’t going to be commercially available anytime soon, but the company plans to ship 10,000 of these glasses to developers and manufacturers this summer for its further development.

Tags from the story
Bose, sunglasses