From Frozen Characters to Superheroes, Swarovski has rendered its crystal touch to several objects. And in continuing the tradition, the marquee has recently unveiled a jaw-dropping crystal Batmobile replica for die-hard fans of the DC character. Yes, that’s right! 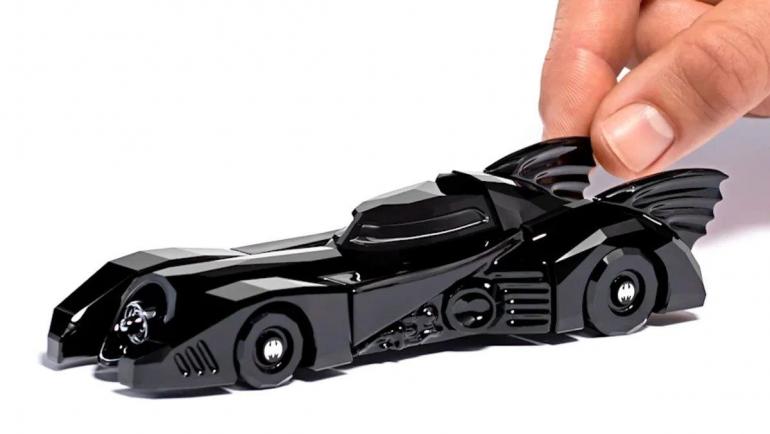 Described as a “decoration object” on the Swarovski website, the pricey crystal figurine is not suitable to be played and toyed around with! It is crafted from jet black Swarovski crystals and is rightly touted as ‘a must-have item for any passionate collectors and a great gift giving idea for DC fans. The exclusive object further measures six inches and features over 473 facets in its design, complete with angular wheels.

Unsurprisingly the Swarovski Batmobile doesn’t come in cheap and will set back collectors by $599 However, this isn’t the most expensive Bat vehicle to be produced by the marquee. Earlier, the brand had introduced a mega-luxe $11,500 10-inch Batmobile replica decked with over 16,000 individual crystals which was made available to fans in a limited edition. As for the latest version, it is currently available for purchase on the official Swarovski website for $599. Ready to swoosh around the streets of Gotham city in style?

[Available at: Swarovski via – Gizmodo]

Tags from the story
Batmobile, Swarovski