LG has finally unveiled its line of UHDTVs they promised to release in 2012 during CES 2011. The massive television is one of the first in line to come with Ultra High Definition, which means that its offers a resolution of 4k, which is 3840 x 2160. Using LG’s Cinema 3D, the TV uses passive glass technology to offer 1080p even with 3D. This is possible because the TV’s original resolution is as high as 4k, and once the reduction occurs via 3D on the LCD screen, it still manages to output 1080p.

The only disappointing part is that no network that exists today in the world offers such a high resolution over their broadcasted channels. However, with a Blu-Ray player or even some PS3 games and applications, you can stand amazed at the amount of clarity the TV has to offer. Although the TV is just available in South Korea, LG plans to start exporting it worldwide by September. Their first UHDTV flaunts a $22,105 tag. 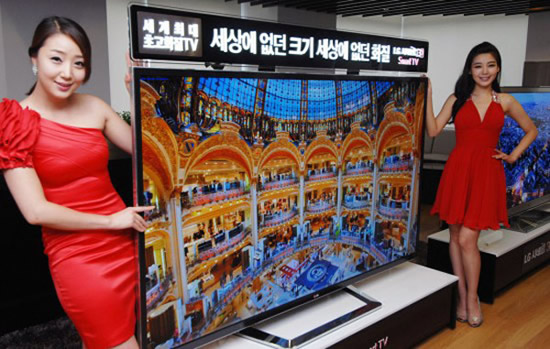 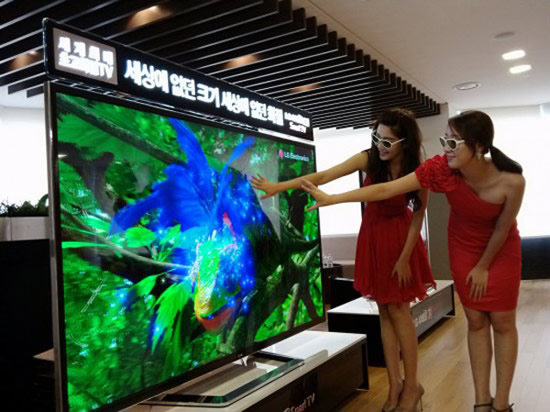 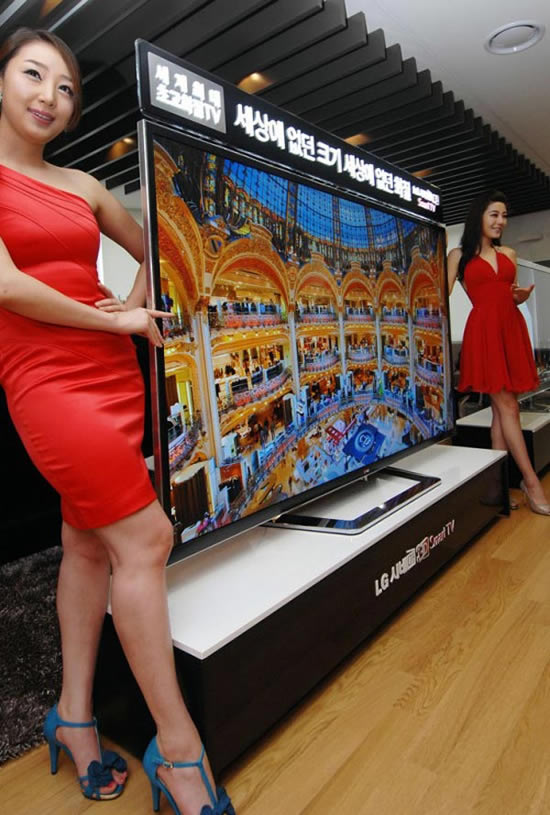