The next addition to the Star Wars saga is still a few months away but that’s not stopping companies from pushing the brand as far as it will go before the next story makes its highly anticipated debut. Sony is just one of the many companies that are prepping their Star Wars branded items like this, the Star Wars themed PS4 Bundles that will feature the likeness of the baddest of all bad guys, Vader himself. 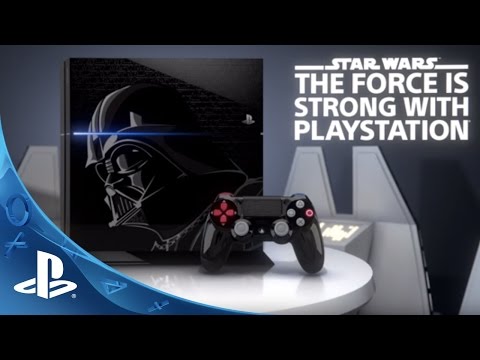 Although Vader may not be a part the new Star Wars movies, he’s still a major icon in the sci-fi realm and his likeness will undoubtedly still get the sales figures in an upward climb. One of the two PS4 bundles that were announced by Sony includes a Darth Vader-inspired console that includes a DUALSHOCK 4 Wireless Controller that’s been slightly tweaked to resemble the villain’s chest plate. The console itself, as mentioned, would feature a large rendition of the character on the side (close up of his helmet). Naturally the famous Star Wars logo would be very evident on both devices as well. Included with the Limited Edition bundle is a copy of Star Wars Battlefront, Deluxe Edition, with download codes for four classic Star Wars games – Super Star Wars, Star Wars: Racer Revenge, Star Wars: Jedi Starfighter and Star Wars Bounty Hunter, all of which will be beefed up for the PS4 console’s upgraded graphics support. A standard edition Battlefront bundle is also going to be made available that would not include the limited edition console or controller but just the games. 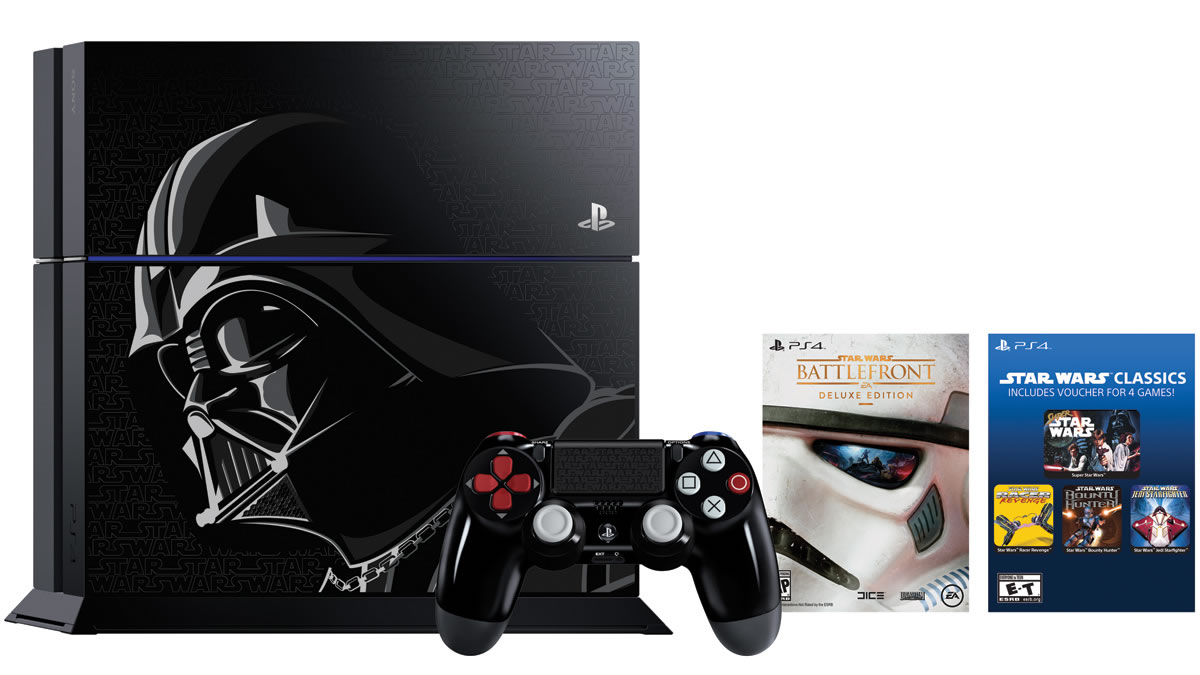 A second bundle, designed for the younger gamers would, be available with the same limited edition 500GB PS4 with Vader’s impression and the gnarly looking controller but would ship with Disney Infinity 3.0: Star Wars. The Disney Infinity 3.0: Star Wars with PlayStation Exclusive Hardware Bundle Kit includes the game of course, along with an Infinity Base, Rise Against the Empire Play Set Pack, which contains Luke Skywalker, Leia Organa and Boba Fett figures and the four classic Star Wars games available from digital download codes.

Both editions will be out in November (17th) and although prices haven’t been announced just yet, pre-orders will commence soon. Wall-mart will be selling the Disney Infinity 3.0: Star Wars PS4 Bundle exclusively.