London-based luxury computer manufacturer Luvaglio has finally put up its million dollar laptop for sale. Mixing luxury with function the laptop has its original features including a 17” LED widescreen, reflective glare, 128 GB disk space, and a built-in Blu-Ray drive. It is not the specs but the company’s personalization options that make it worth a million dollars. Instead of the laptops trims and color, the bespoke creator’s allow customers to choose precious stones to top up the device including a rare colored diamond, which doubles as a power button and security ID. The laptop has an integrated screen-cleaning device too. 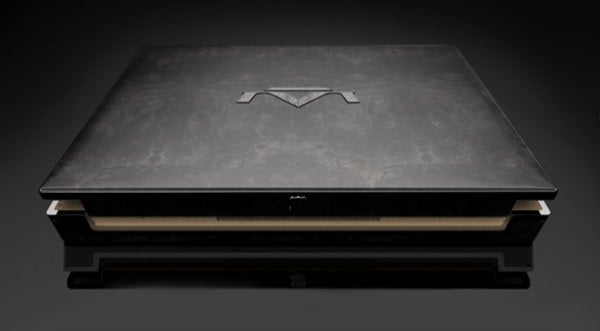 Something as uncommon as a million dollar jewel encrusted laptop is sure to get luxury lovers attention.

READ:  Amosu Couture blings up the iPhone 4S in 24-carat gold for Christmas