With advancement in technology, the pen-shaped stylus, that was once a very important part of touchscreen devices, has now become superfluous. Hardly any new devices need or even come with stylus, but Samsung has held tight to the S Pen with its Galaxy Note series. The plastic stick can barely be called a stylish feature of a device, but the South Korean consumer electronics giant wants to give it a fancy image makeover by creating two of the most premium styluses possible: ‘digital writing’ devices from luxury company Montblanc named the ‘Pix’ and the ‘e-StarWalker’. Done in the pen maker’s classic, chunky style for any Note smartphone or tablet user, Montblanc calls it a ‘digital writing’ device which is a clear sign it’s targeting those for whom a flimsy plastic pen just won’t do.

Both the Montblanc styluses were displayed at the Samsung unpacked at 2014 IFA, and the e-StarWalker would cost $525 while the Pix is priced at $350. Apart from the two digital writing devices, Montblanc also displayed two new flip covers for the Galaxy Note 4. The ‘Extreme’ flip cover is made up of a threaded fabric which looks similar to perforated dots on the Samsung Galaxy S5. The ‘Soft Grain’ flip cover has a more classic leather look. Both these flip covers are priced at $245. 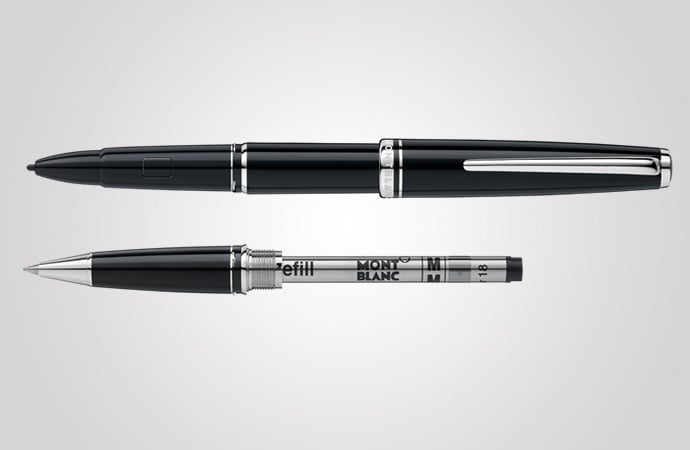 Tags from the story
Mont-Blanc, Samsung