Well, Nokia has done it again. At last year’s Mobile World Congress, HMD Global that makes Nokia-branded phones brought back one of the most popular handsets ever made by the Finnish company from the dead. Playing the nostalgia card, the company introduced a new version of the iconic Nokia 3310, which became a surprise hit at the show. For 2018, the brand has brought back the Nokia 8810 to life. For those who might struggle to remember the handset (or are too young to recognize), it was a banana-shaped mobile phone which was launched way back in 1996. The phone shot to fame when it was featured in The Matrix movie, in which Keanu Reeves playing the role of Neo can be seen using it.

The new Nokia 8110 4G features a curved banana body like the original and has a slider that can be used to answer or end the call. The handset runs on the Smart Feature OS, which means it won’t support get access to the Android apps found on other Nokia Android smartphones. The company, however, is making an app store for the OS, which will include Facebook. And yes, it does have the iconic snake game in its newer avatar. The phone is powered by a Qualcomm 205 Mobile Platform processor and has 512MB of RAM along with 4GB of storage. Unlike the 3310, the 8110 will ship with LTE support across Europe and an optional dual-SIM version. It features a tiny 2.4-inch QVGA display and a 2-megapixel camera at the back. If you want one, the new Nokia 8810 will be available in classic black or bright yellow with a price tag of just €79 (about $97). 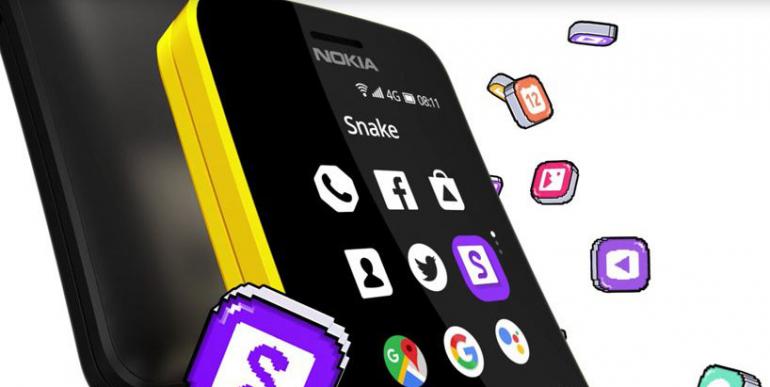 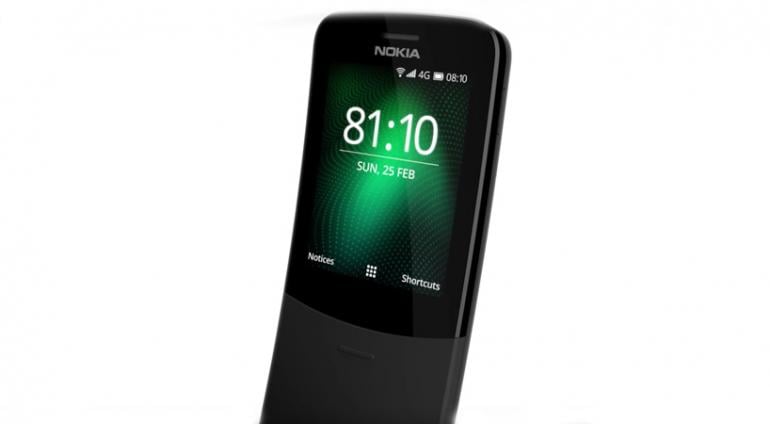