There is absolutely no dearth of iPhone/iPod docks in the market as they come in all shape and sizes, and we have witnessed our fair share of quirky, overstated iPhone add-ons but this one’s can comfortably sit at the pinnacle of that list, or rather is in a league of its own. It might look like a knock-off droid carved out of a mannequin made to look like a prop from the movie ‘I, Robot,’ but nevertheless, it looks awesome, though it’s a tad ostentatious. The 46-inch tall robot girl iPhone dock has slits and vents cut out on its body which is illuminated by LEDs that pulsates with the music like a visualizer.

Designed by sculptor Mark Robert Ricci, it has a lawman’s belt around its waist with a buckle labeled “Texas Ranger” and a futuristic laser gun in its holster. A Creative D80 Wireless Bluetooth speaker is embedded in the robot, which means it can also play music from Android phones as well. The iPod dock is hidden inside one of the thighs of the robot, and it even bobs its head with the music, which is a little freaky. It’s been put on sale on eBay with a starting big pegged at $6,500, but with only three days remaining, it still hasn’t received any bids as of yet. 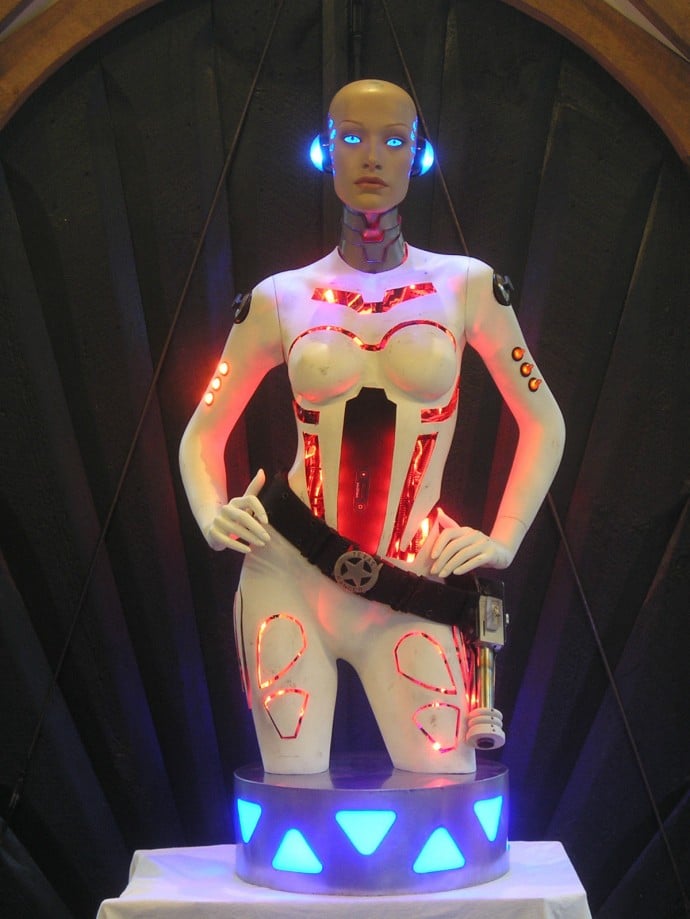 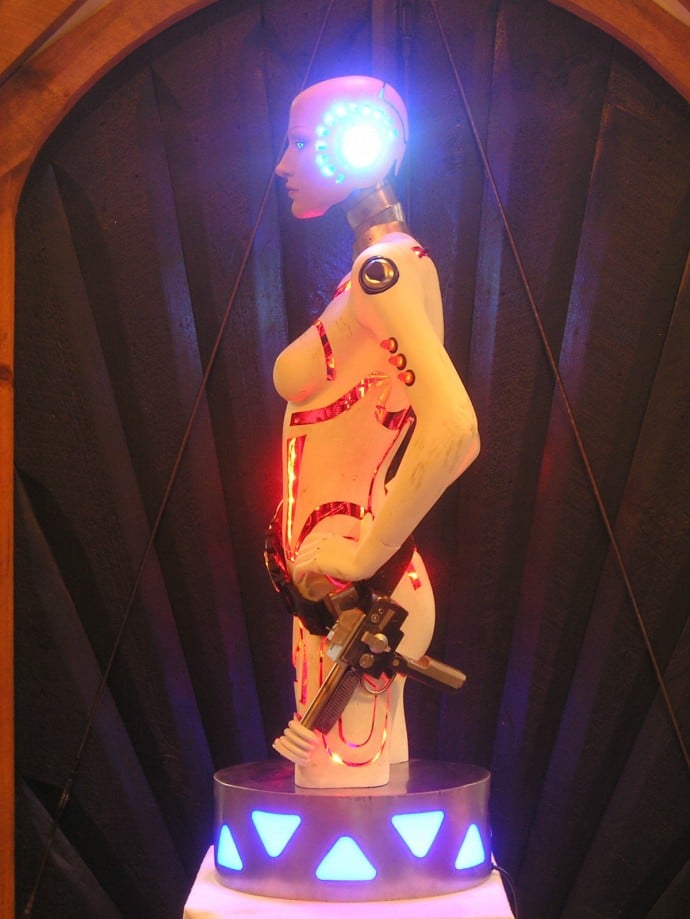 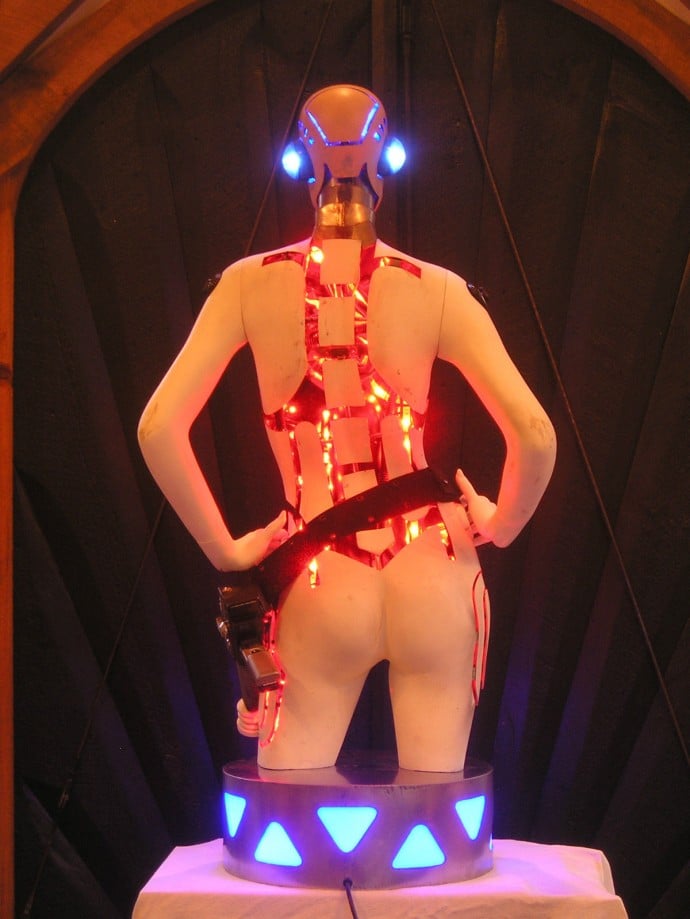 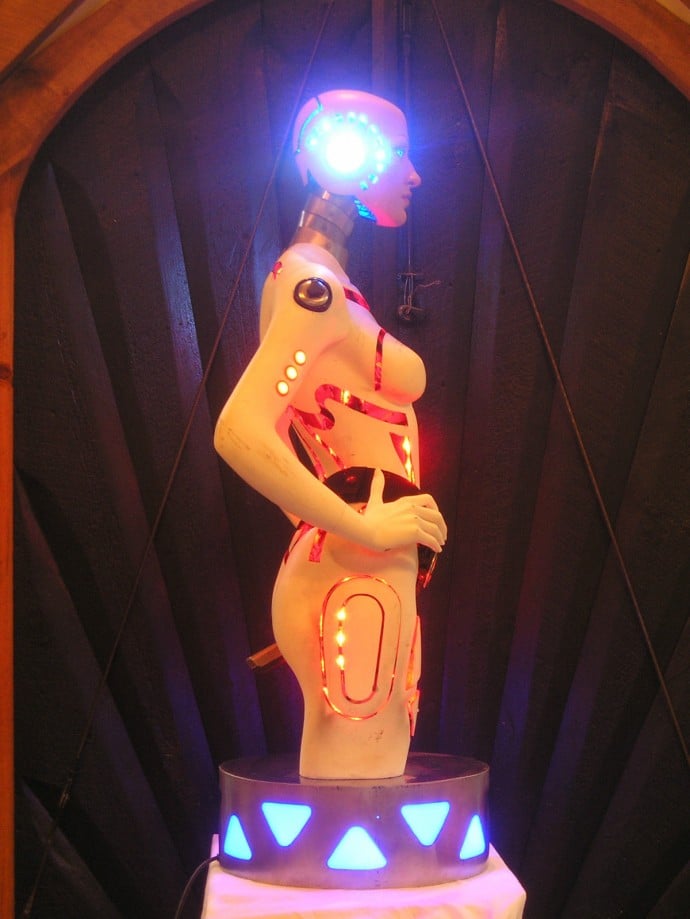 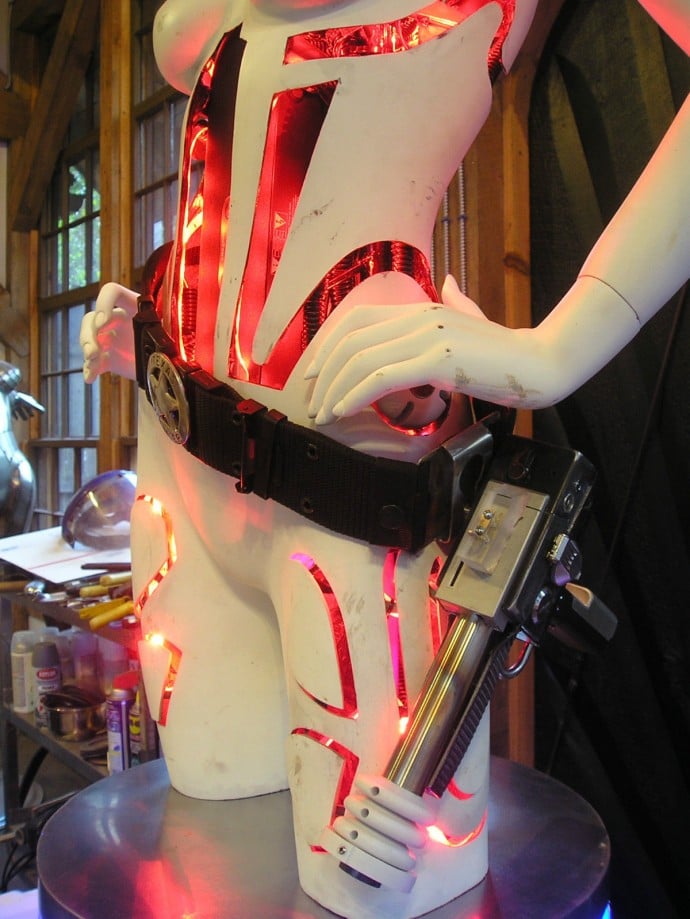 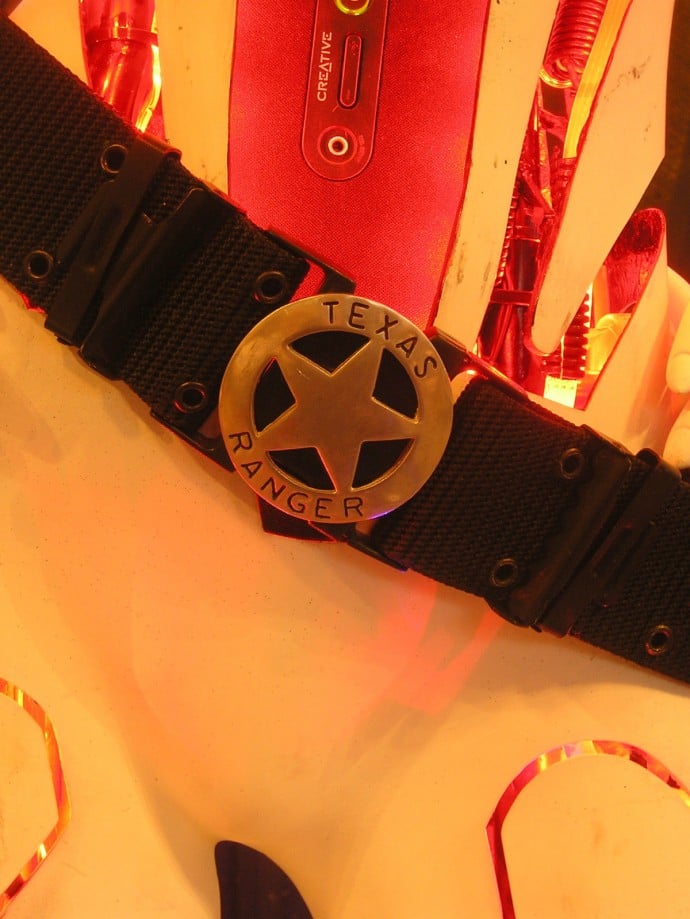 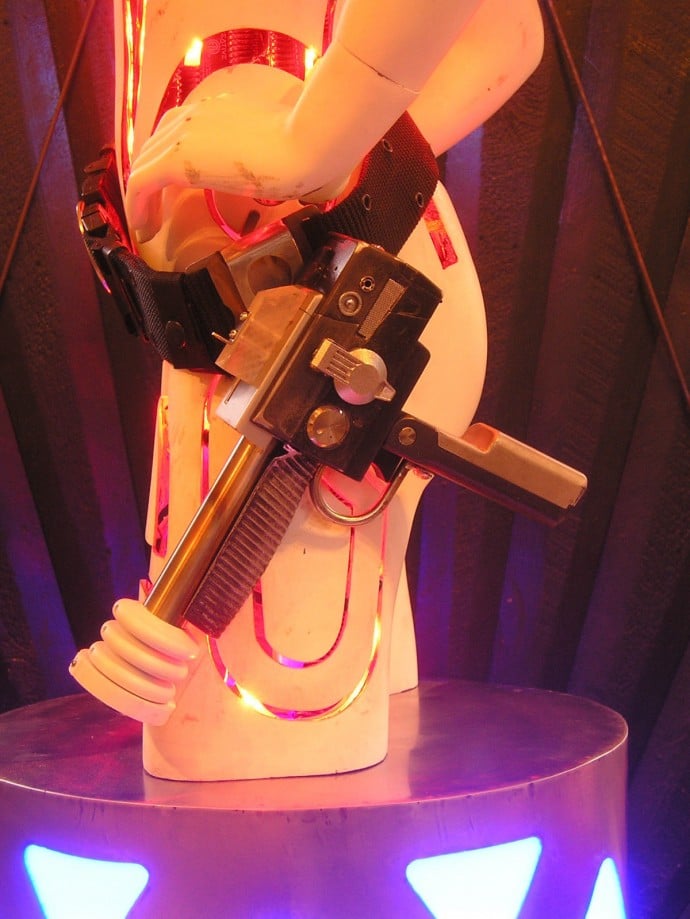 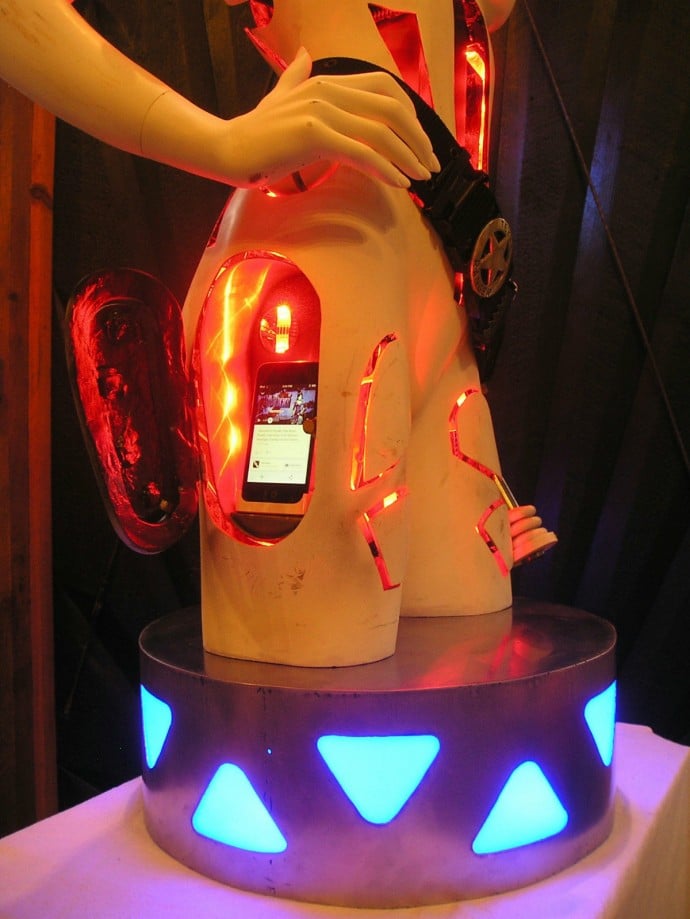