Earlier this year at CES, Samsung showcased the gigantic 292-inch TV called The Wall which is built using the company’s futuristic MicroLED technology. In fact, it was the biggest size of the modular TV displayed by the South Korean consumer electronics giant over the last few years. However, the only drawback – except for the price – was that Samsung only sold it to a very few ultra-rich people, and it wasn’t quite available commercially. But that’s about to change. Samsung has announced a new 110-inch 4K TV that uses the MicroLED technology in a more traditional TV form factor. The MicroLED TV is already available for presale in Korea and will be globally launched in the first quarter of 2021. But before you ask, Samsung hasn’t revealed the pricing as of yet. 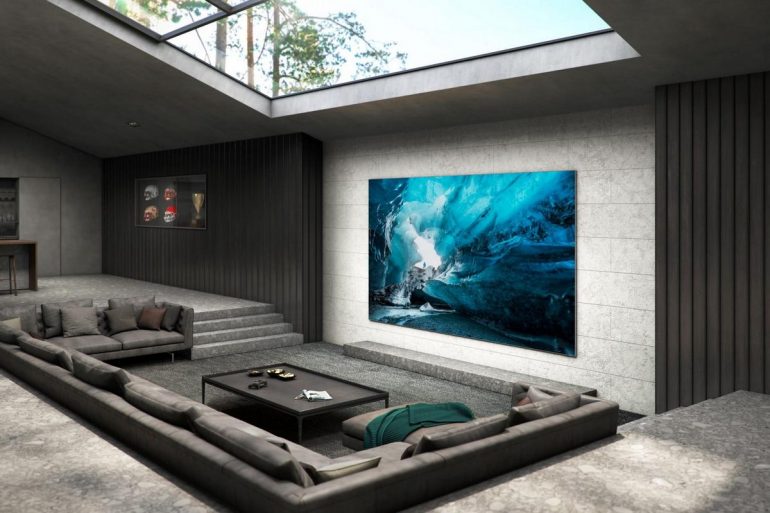 MicroLED technology is being dubbed as the next big innovation in the TV and display industry. It uses micro-sized self-illuminating LEDs which offers the desirable qualities of OLED displays without the drawbacks such as the threat of burn-in. In its official description, Samsung states: “The 110-inch MicroLED uses micrometer-sized LED lights to eliminate the backlight and color filters utilized in conventional displays. Instead, it is self-illuminating — producing light and color from its own pixel structures. It expresses 100 percent of the DCI and Adobe RGB color gamut and accurately delivers wide color gamut images taken with high-end DSLR cameras. This results in stunning, lifelike colors and accurate brightness from the display’s 4K resolution and 8 million pixels.” Although a lot of details are yet to be announced by Samsung, what we know so far is that this TV has an incredible 99.99 percent screen-to-body ratio and has something called an embedded Majestic Sound System that delivers “breathtaking 5.1 channel sound with no external speaker.” Considering that Samsung’s 98-inch 8K TV with QLED display technology is priced at $60,000, the new 110-inch MicroLED TV will carry an eye-watering price-tag! 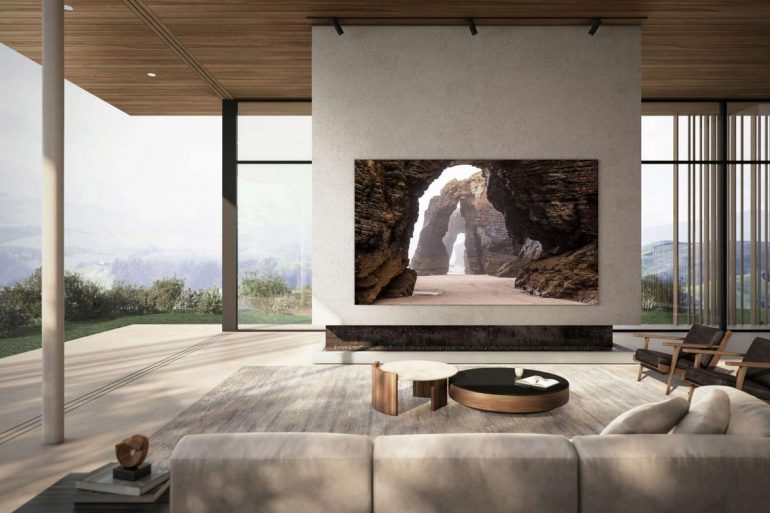