Whisky connoisseurs, here’s a piece of news for you! Scotland’s oldest working distillery- The Glenturret has launched a spectacular 50-year-old whisky, for the first time ever. The highly limited expression will be offered at Sotheby’s as part of their ‘Whisky in Lalique’ auction and is a spirit worth devouring for more reasons than one! Presented in a striking, black crystal decanter produced by luxury French crystal house, Lalique, the luxe liquid was drawn from a singular remaining cask which was filled in 1972. It has been matured in a refilled Sherry cask for the last five decades and comes in a beautiful antique oak color. 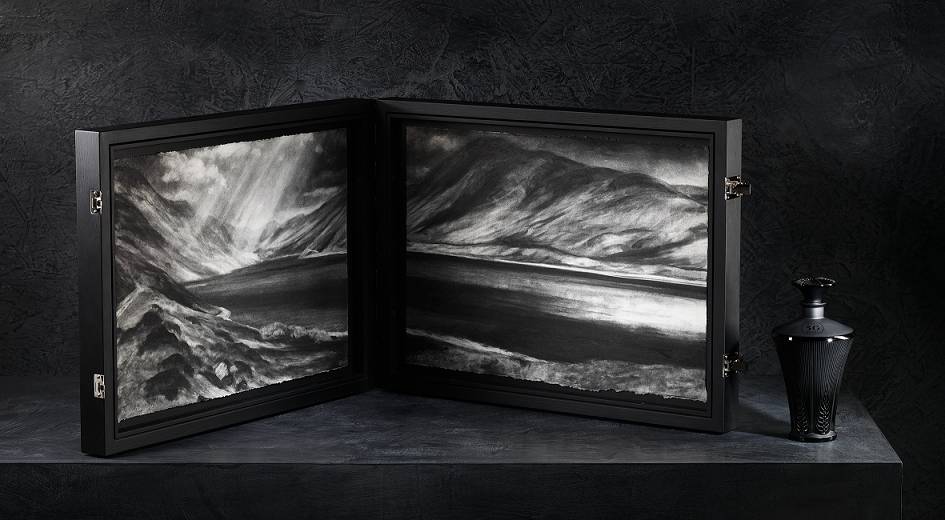 The whisky will be offered with a unique artwork, devised in collaboration with Method Studio who commissioned Scottish artist Matthew Draper for the project. Titled ‘Loch Turret’, it depicts the ancient freshwater Loch Turret that provides The Glenturret Distillery with the water that is then converted into whisky.

Commenting on it, The Glenturret’s Managing Director, John Laurie, said, “We are so excited to be releasing a 50-year-old expression for the first time ever. But to do it in partnership with the extraordinary creative talents, Lalique, Method, and Matthew Draper…The result is a rare and unique collector’s piece, and the work that has gone into this project really does justice to the remarkable liquid that can be found inside.”

Remarking similarly, Johnny Fowle, Sotheby’s Head of Whisky & Spirits North America and EMEA added, “This 50-year-old whisky from The Glenturret represents so much more than just the depth of history at this distillery. Glenturret has, thanks in no small part to both Bob Dalgarno and Mark Donald, quickly become the gastronomic center of Scotland over the last year, and it is a real pleasure for Sotheby’s to be part of this landmark moment on their journey.”

The Glenturret 50 Years Old will be available online at www.theglenturret.com from 12th September 2022. The first bottle in the batch of 150 will further be offered for sale at Sotheby’s Whisky in Lalique auction running from 30th of August – 9th September for an estimated price of $69,323 (approx.)

Tags from the story
Sotheby's, Whiskey