Nothing’s surprising about your face being smashed with cake on your wedding day. Not unless you’re a sitcom star and the confection in question is an upside down cake. Don’t believe us? Ask Kaley Cuoco. The new bride and “The Big Bang Theory” star married sweetheart Ryan Sweeting in a Dec 31 ceremony that involved a cake suspended from a crystal chandelier. 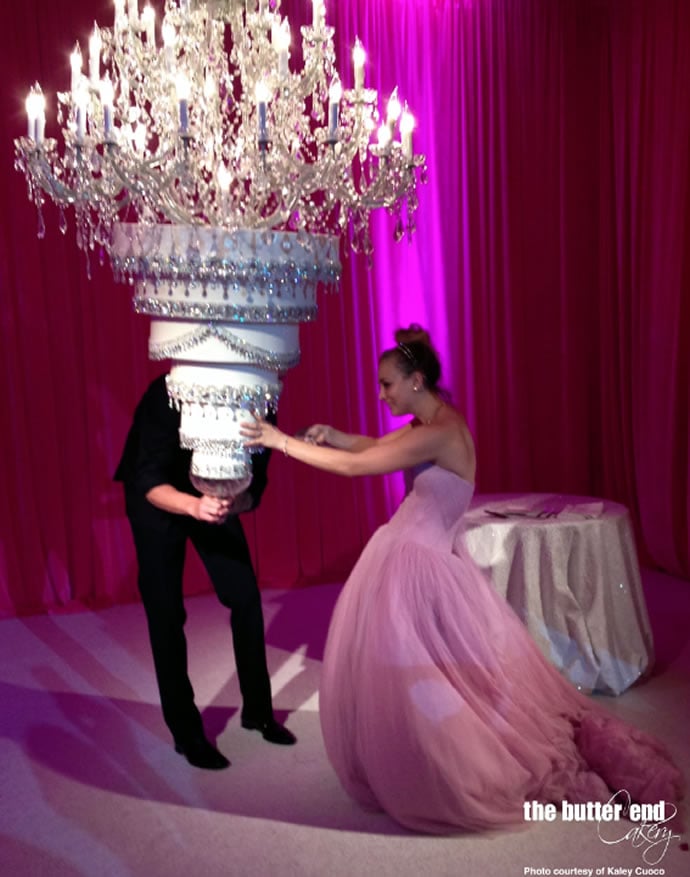 Creators at the Butter End Cakery in Los Angeles have earlier custom designed cakes for TV series including “How I Met Your Mother” and “Parks and Recreation,” a ‘wood-grain turntable’ cake for Randy Newman’s induction into the Rock and Roll Hall of Fame, and a Millennium Falcon cake. Of their gravity-defying confection, however, they confess it was “possibly our most epic cake to date!” 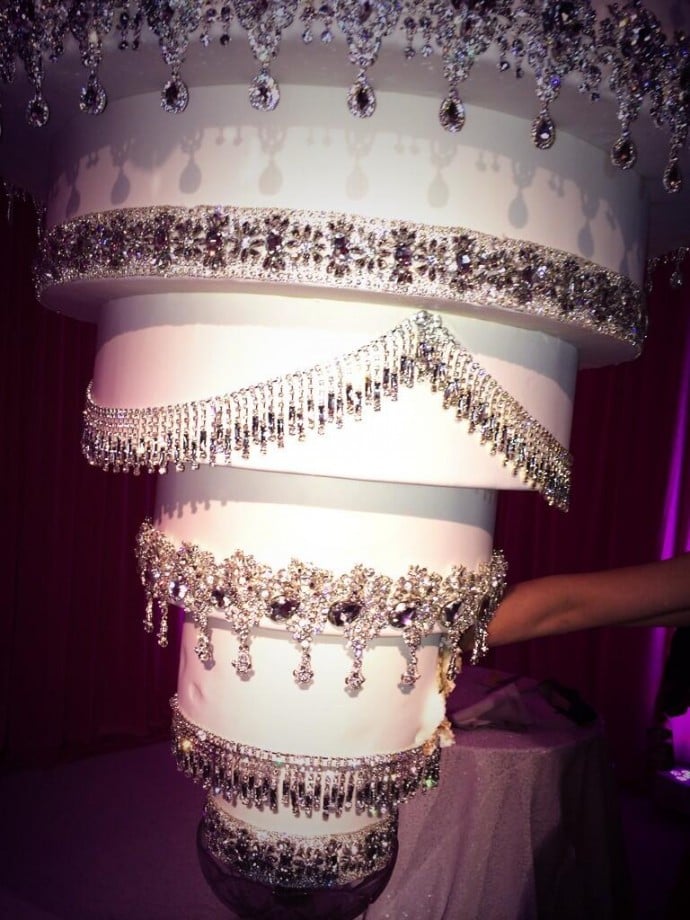 “We had hung sandbags off the chandelier to make sure it would hold the weight of the cake. A center pull armature held the cake upright and board planks held the individual tiers.” Bakery owner, Kimberly Bailey shed further light on this wedding spectacle explaining it took them about six weeks to complete it. That said did anyone ever manage to break through the ‘board planks’ for a taste? 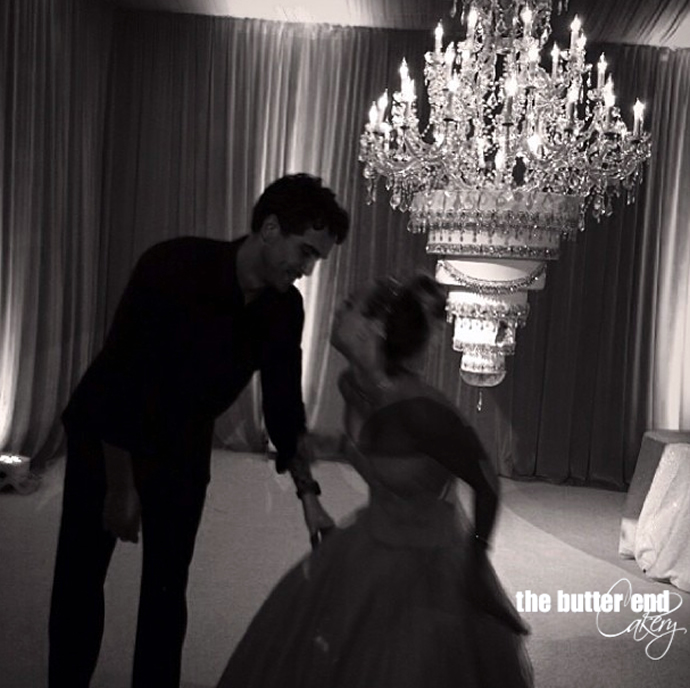 “If you look at the second to bottom tier, there’s a big hole in it,” revealed Bailey. “That’s where she cut it. They cut it, they ate it.” That still doesn’t change the fact that this was one of the craziest wedding cakes. And speaking of crazy, we wonder what whopping sum was spent on such delicious epic-ness. Especially since a sweet toothed birdy said Chelsea Clinton and Marc Mezvinsky spent $11,000 on their 500-pound nine-tier, non-upside down cake. Hmph!