Would you drink your beer from a Champagne flute? German beer company Beck’s certainly wants you to. The company has launched a new beer can that they’re calling Le Beck’s, and it’s shaped exactly like a champagne flute. The beer is the same, but the packaging aims to be more sophisticated. 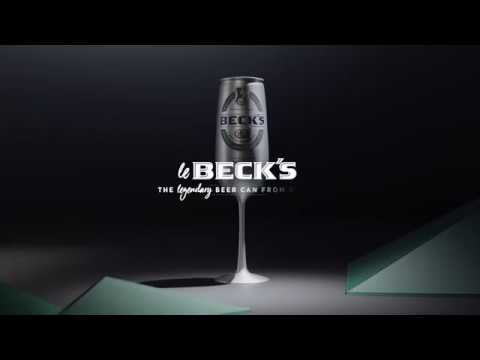 Beck’s partnered with a company called Serviceplan to create this ambitious special edition can. Le Beck’s boasts a luxurious brushed aluminum finish with precision laser and analog engravings marking the label design. First launched in March, the cans enjoyed a limited release, being served specifically at exclusive events. However, the positive response has pushed Beck’s to consider mass production of this unique product.

While the concept makes sense as a novelty item or limited launch, it’s worth questioning if the packaging is really enough to take good old Beck’s beer into the “art galleries, classical concerts, and exclusive private and public events” that they aspire to. After all, what’s stopping people from drinking their regular beer out of Champagne glasses?

Tags from the story
Beer