Virgil Abloh’s artistic contributions have never been confined to fashion alone. After successfully partnering with music, furniture and architectural giants in the past, the designer has decided to make another plunge by collaborating with reputed French fine winery – Moët & Chandon. As part of the deal, Abloh has designed a limited-edition Champagne bottle for the brand that is every bit of a spectacle as expected! 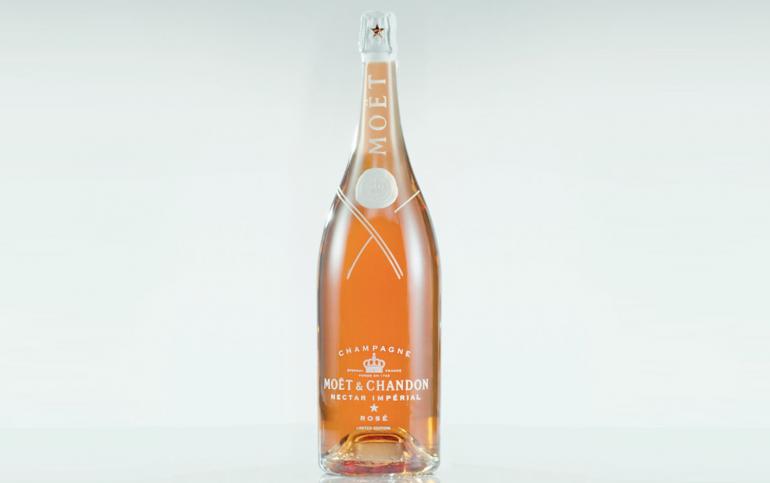 The designer also revealed a teaser image of the bottle that shows a custom-made remake of the Moët’s Nectar Imperial Rosé with the designer’s signature aesthetic like his trademark quotation marks along with quirky elements such as “Do Not Drop” being inscribed on it. It also revealed what looks like the bottle’ packaging in a simple white box, which comes with the words ‘For Display Only’ written over it. Along with two editions of the Moët Nectar Impérial Rosé, the designer will also reveal a three-liter jeroboam, exclusively for his family and friends. 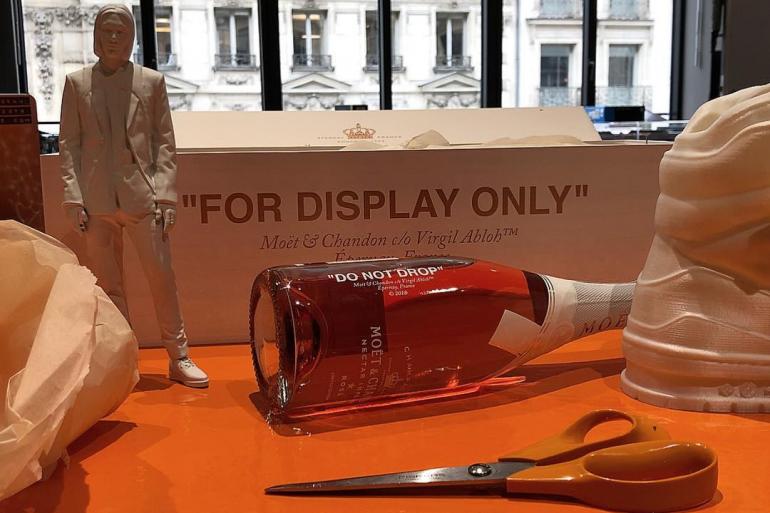 Since both Moët and Louis Vuitton fall under the LVMH umbrella, Abloh transition to the former only seems expected. Commenting on his partnership, the designer stated, “They approached me saying they had an opportunity to work on a special edition of their Champagne and I thought it interesting—so I agreed. For me, Moët is the best in class, you know. It’s an authentic product with an authentic history, you know, all the elements—that usually intrigues me to think of ideas.” The limited-edition Moet & Chandon x Virgil Abloh bottle will officially be available for sale onward October 1 for $59.99 USD. 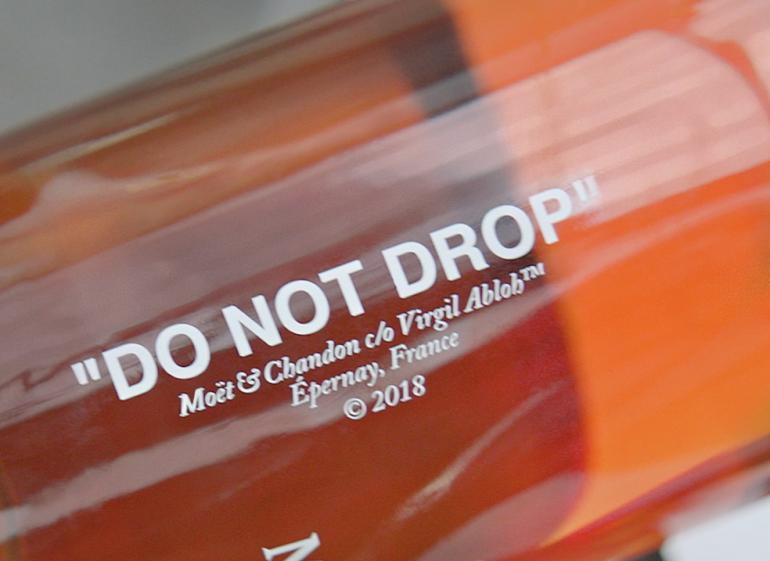