Things such as cognac and unusual cases have always been the talk of the tippling town. But it’s only rarely that one encounters an entire pedestal put together for five Masterpiece Collection Cuvees. For the first time ever, family-owned and independent cognac house, Camus has created a table that bears an uncanny resemblance to a piano leg. Entirely hand made and of exclusively French origin, it required more than 300 hours’ work by six artisans. 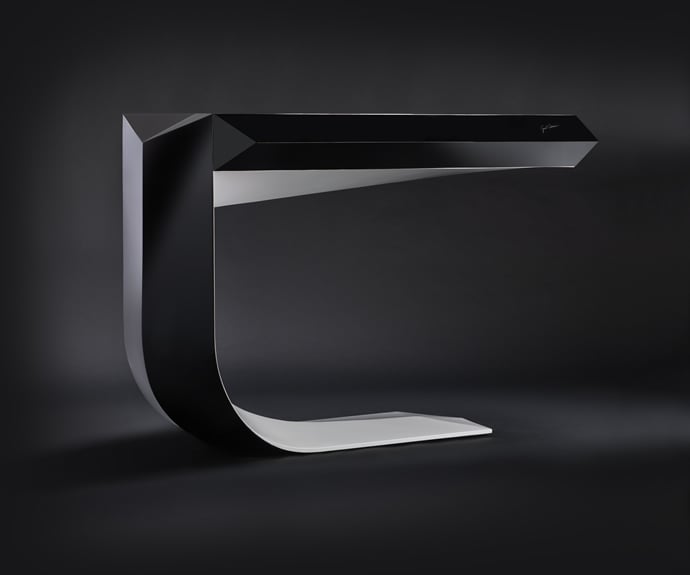 “We wanted to compose a symphony for the senses as a tribute to 150 years of tradition and excellence, to set the tone for the next 150 years” explained Frédéric Dezauzier, Brand Ambassador of the world’s largest cognac producing family firm. And they might’ve done just that. Inspired by a concert piano and then designed and built by the CAMUS in-house design team and renowned local cabinet-maker Ateliers Drevelle, respectively, the ‘organoleptic piano’ is a black lacquered pedestal resting on a white lacquered steel leg. 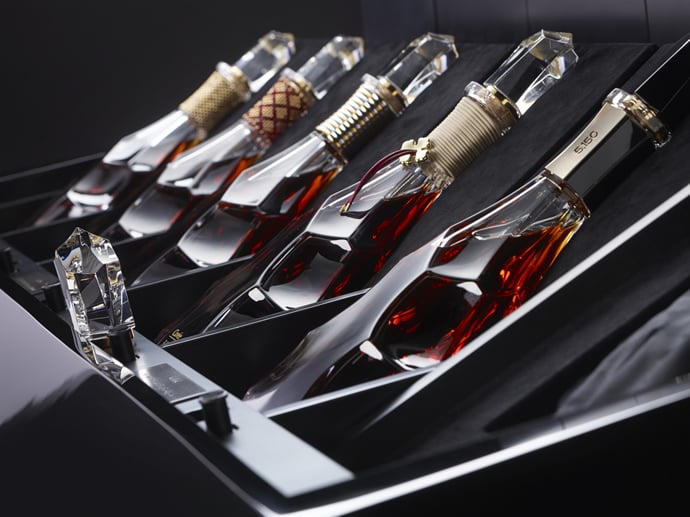 But that’s not quite it. While the single leg is created such that it forms the letter C of Camus, it might make connoisseurs anxious. Given that five cognac filled crystal decanters designed by the famous French sculptor Serge Mansau and manufactured in the Baccarat workshops rest on it. Except, it defies gravity. This not only makes it the best showcase of all five of the Masterpiece Collection Cuvees that come with it but also the most exceptional piece of furniture. 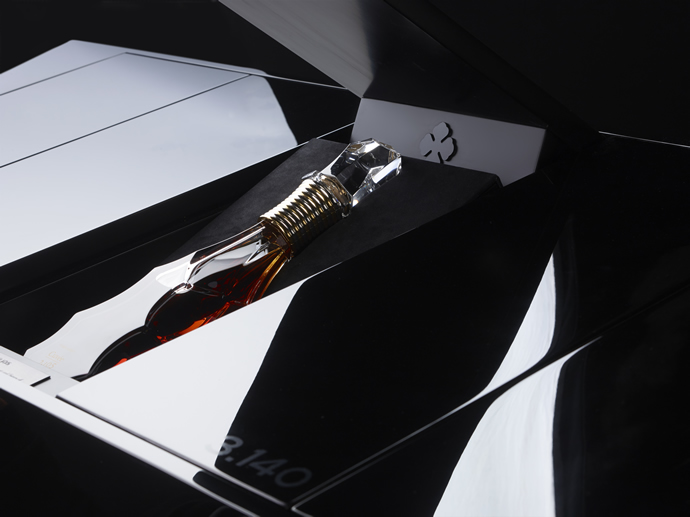 But what really elevates it to its “exceptional” status is the fact that each Cuvee nestles in its own tailor-made compartment. Meant to open at the touch of a fingertip, with an ode to each engraved onto an elegant brass plaque before it, these make the table very reminiscent of the instrument after which it’s named. The Cuvees of course bring their own color to the aromatic palette offered by the keys on this organoleptic piano. Indeed a, “symphony for the senses.”

Tags from the story
Cognac