Connie Sim, a sixty year old woman from Katong (Singapore) has schooled the world on how to be a fangirl. The food supplier’s residence is home to a truly mindboggling amount of Hello Kitty merchandise and she admitted to spending around SG$1.2 million on home renovations inspired by the pretty kitty; that is an astonishing in US dollars that would be around $865,461! From the wallpaper to kitchenware like toaster, coffee grinder, juice maker, slow cooker and even dim sum baskets, everything bears a seal of approval from Sanrio’s iconic cat. The kitty mania even follows you to the bathroom which is filled with Hello Kitty themed toilet paper, toilet seat covers, soap and laundry detergent. 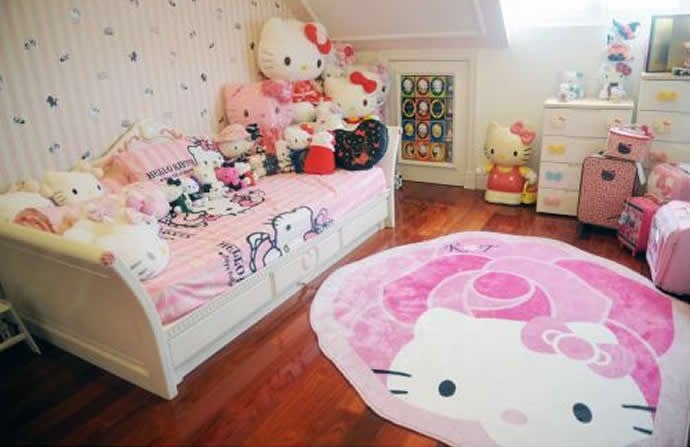 Strait Times’ interview with Madam Sim revealed some rather surprising facts, “I’m not particularly into Hello Kitty. I just like the colours pink and white.” She went on to add, “I wanted my house to have a theme and since my friends like Hello Kitty, I decided I would have a classy, first-rate Hello Kitty home where everything looks fantastic.” Her house is filled with hundreds, maybe thousands, of Hello Kitty merchandise, some of it useful while others are just knickknacks. Hello Kitty mobile phones, hair dryers, steamers, irons, and sewing machines as well as a clothing collection including 100 T-shirts, 30 sets of pyjamas and many pieces of underwear. “Some of these I’ve never used, but I just like collecting them,” she says. “I don’t ask the price. I just buy,” Madam Sim said. 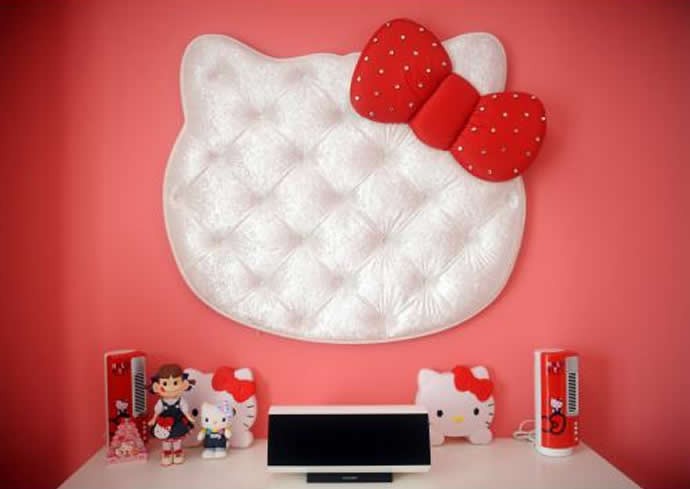 Some might criticize the lady, but her three adult kids aged 40, 36 and 34 do not mind her spending on Hello Kitty and say “as long as Mummy is happy, they are happy.” The world is filled with all kind of people and everyone should have a right to enjoy their own quirks!

Tags from the story
Hello-Kitty, Singapore