A day at Spa is the best way to start a relaxing weekend. Well, you can indulge in the Most Expensive Spa Treatment across the globe, for the ultimate experience; but would you pay $16,000 to bathe like an emperor? The Springs Hotel, at the Lushan Mountain County in central Henan province, China offers an imperial bath service, where one is treated like an Emperor. Recently, an unknown man from Shanxi spent over 100,000 Chinese Yuan ($16,000) for this imperial head soup service. The man was dressed up as one of China’s emperors from the country’s pre-Communist past. A group of women dressed as imperial concubines waited on him, fed him bananas, and wine, while he bathed. 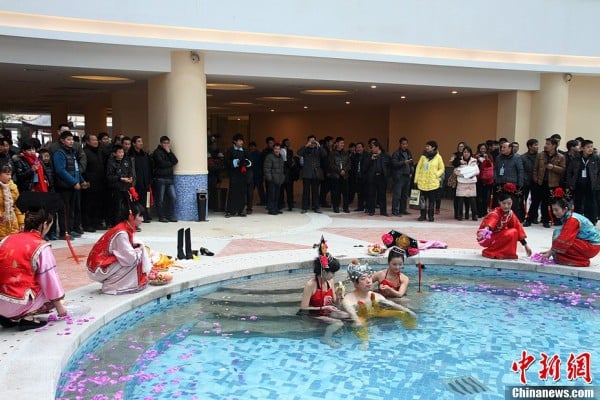 Moreover, this affluent bathing spa was held in public, where a group of curious onlookers standing around the large bathing area observed this session. 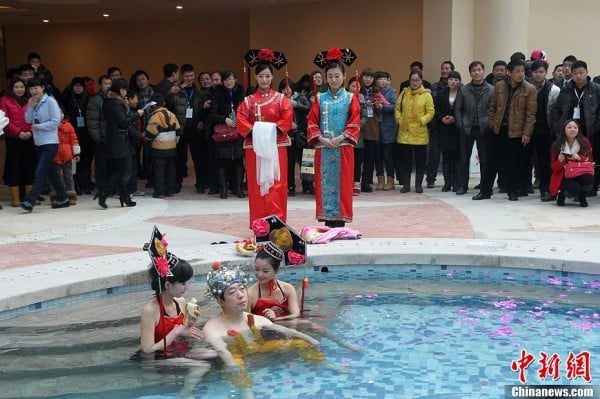 The man paid for his emperor bath reportedly is equal to two years’ wages for an average person in China. 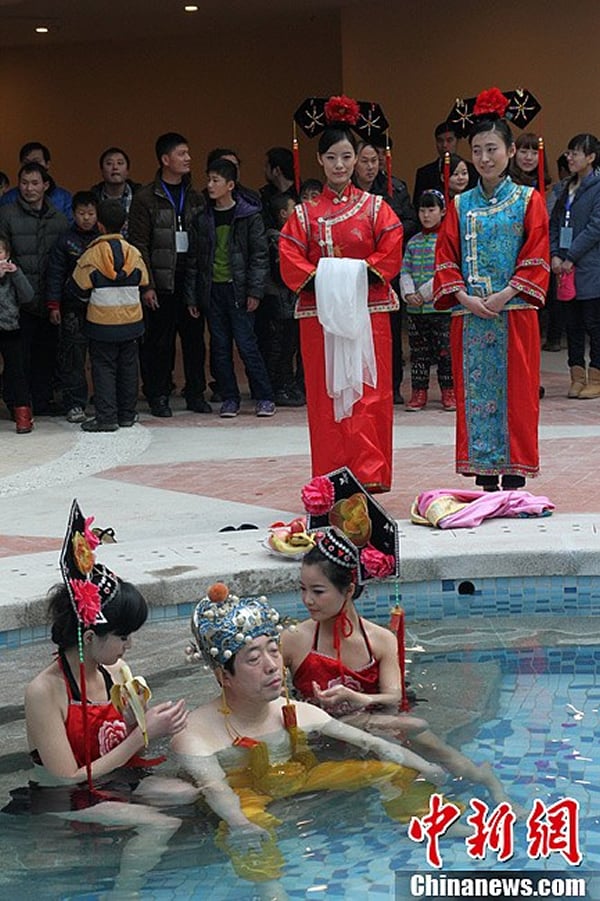 Tags from the story
China, Spa