Make like a distinguished British aristocrat with a luxury stay in one of these 5-star, heritage-listed luxury hotels housed in fairy-tale castles and medieval manors

et on sprawling estates, these castles, houses and manors are a blast from the past, and discreetly updated with every modern convenience, luxury and amenity for discerning guests.


1. Monkey Island, Bray, Berkshire; Grade 1 Heritage Listing
Bought by the third Duke of Marlborough in 1723, then eventually changing hands and spiralling into decline in the 80s, this idyllic, seven-acre retreat in the middle of the Thames reopens in March as Monkey Island Estate, a luxury property harking back to Georgian times.
Trump-Kim summit: Inside Meliá Hanoi hotel, where Kim Jong-un is staying

The hotel was designed by New York’s award-winning Champalimaud Design, and will feature 27 exclusive suites, a kitchen garden and the world’s first riverine spa. Its proximity to the Michelin-starred restaurants of Bray also makes it worth a gander.

Who wants to come round to our house? #clivedenhouse #relaischateaux


2. Cliveden House, Taplow, Berkshire; Grade 1 Heritage Listing
Built in 1666 by the second Duke of Buckingham, Cliveden House is set within 376 acres of National Trust parkland, offering an opulent retreat complete with formal gardens and a maze. Take to the river on a vintage launch with a gourmet picnic or enjoy a classic afternoon tea in the dining room before retiring in one of the beautifully appointed suites.

Experience the ultimate in luxury and style with a timeless staycation at Cliveden House. Let us seduce you with over 350 years of scandalous history in this ‘Downton Abbey-esque’ setting. If only the walls could talk! Book two nights and get a third on us… •link in bio• 🥂 . . . #clivedenhouse #relaischateaux #MyMomentAtCliveden #staycation #luxurylifestyle #luxuryhotel #luxuryhotels #luxuryescapes #luxurytravel #berkshire #buckinghamshire #dreamtrips #escapethecity #countryhouse #countryside #countryliving #luxury #roominspiration #interiordesign #dreamroom

In 2018, Meghan Markle spent the night here before officially becoming the Duchess of Sussex when she wed Prince Harry the following day.

It's amazing to look back on the transformation of Lympstone Manor. Here is a photo from before the renovation, restoration and extension that has breathed new life into this stunning building. We cannot wait to share our vision for country house hospitality with you when we officially open our doors tomorrow! #ExperienceTheExceptional #Lympstone2017 #NoReasonJustPassion #hotel #new #launch #excited #proud #Devon #Exeter #hotels #luxury #throwback

Room of the week Kingfisher, one of the most colourful and delightful of all the estuary birds, with its bright blue and orange plumage. Kingfisher is one of our Junior Suites, benefitting from stunning south facing views across the Exe Estuary and beyond. The free standing bathtub located in the room allows you to soak up sun-filled summer skies and enjoy glorious winter sunsets. The luxury en suite has a walk in shower and benefits from L'Occiane toiletries, bathrobes and slippers. To find out more about this room, or to book, visit our website! Link in bio #ExperiencetheExceptional #Lympstone2017 #Devon #Kingfisher #Luxury

The estate’s own vineyard produces sparkling wines in the style of champagne for guests to savour, and there are 21 suites to choose from, complete with luxurious linens, gin tray, and some with outdoor marble bathtubs. 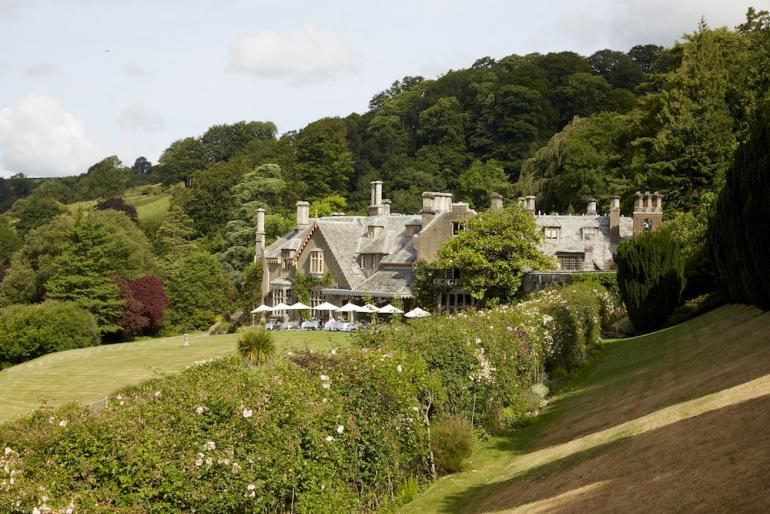 4. Hotel Endsleigh, Devon, Cornwall; Grade I Heritage Listing
Set amid the sort of lush landscape that is often described in fairy tales, this elegant award-winning 18-bedroom retreat in Devon presents guests a chance to experience the magic of the West Country. 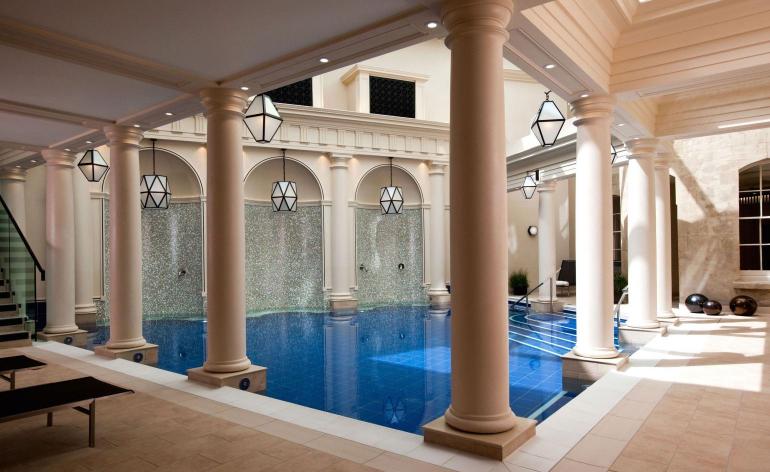 5. The Gainsborough Bath Spa, Bath – Grade II Heritage Listing
In the heart of the World Heritage Site of Bath, The Gainsborough offers the best combination of modern luxury and ancient practices. The hotel’s two buildings boast distinguished Georgian and Victorian facades, and the guest rooms offer elegant cocoons in which to relax after taking in the city’s sights.

Guests here receive privileged access to the mineral-rich waters through Spa Village Bath, where they can take in the waters at their leisure – a custom that has endured over 2,000 years because of its healing effects. Do not forget to indulge in the rich, spiced hot chocolate after soaking in the thermal waters. 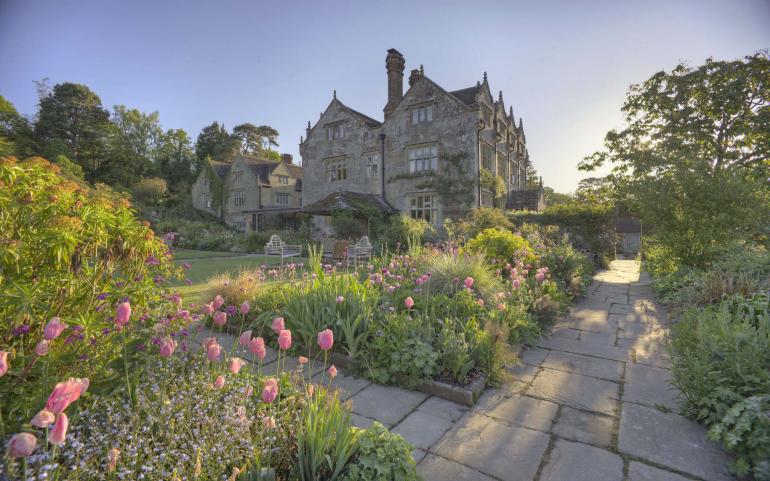 6. Gravetye Manor, West Hoathly, Sussex; Grade I Heritage Listing
A stunning Elizabethan manor, Gravetye offers 17 beautiful rooms, exquisitely appointed by owner Elizabeth Hosking in collaboration with the Designers Guild. It is home to one of the most historic gardens in England, including a Victorian Walled Garden. The landscape is designed to celebrate rather than tame nature and was planned by visionary gardener William Robinson.

Offering front row seats to the garden, Gravetye’s restaurant has retained one Michelin star since 2005, and continues to grow in the talented hands of chef George Blogg. We love Gravetye for the luxurious, fantasy-come-alive British experience that it provides. 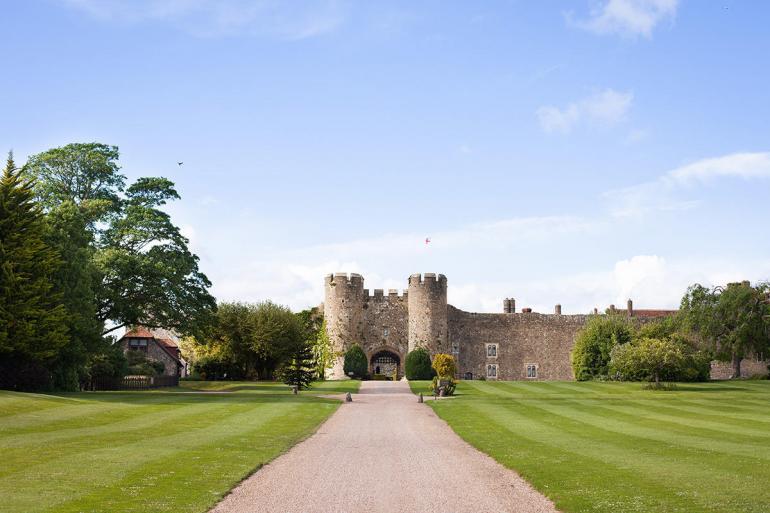 7. Amberley Castle, Amberly, West Sussex; Grade I Heritage Listing
Built in 1103, surrounded by a 60-foot high wall and ensconced within the picturesque village of Amberly at the foot of the South Downs, this medieval castle offers 19 resplendent bedrooms for guests to live like a monarch (for a while).

Once in residence, one can indulge in a spot of croquet or wander through the 12-acre formal gardens, accompanied by resident peacocks. Dine in the magnificent barrel-vaulted Queen’s Room, where cuisine and service are both highly rated. 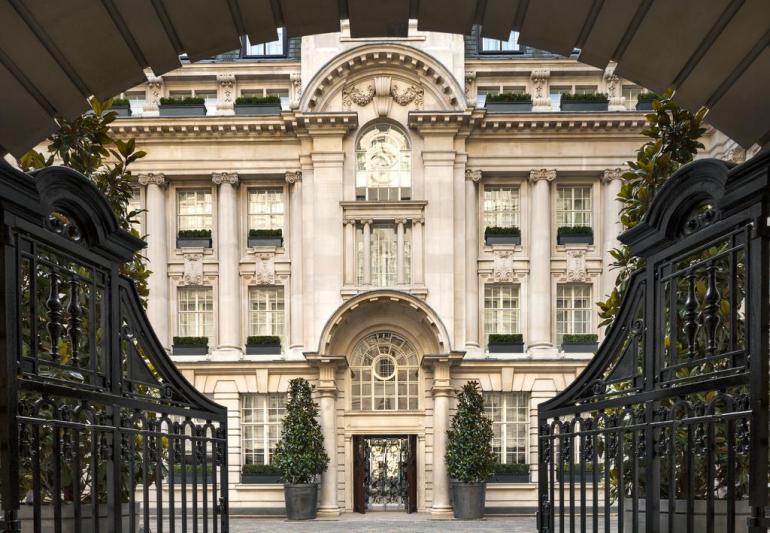 8. The Rosewood, London – Grade II Heritage Listing
When arriving at the Rosewood in High Holborn, one is struck by its grand facade, while the contemporary 300-plus luxury rooms and suites within offer delicious respite from the buzz of the city.

The Grade II listed Edwardian building is perfectly placed to explore the secrets and thrills of London Town, and we are also in love with its restaurant – The Holborn Dining Room, where master chef Calum Franklin is taking the ancient British art of pie making to an entirely different stratosphere.

Tags from the story
England, SCMP