There are a lot of reasons to envy celebrities. Their globe-trotting lifestyle, big pay cheques, designer garbs, and living life king-size usually in presidential suites of the best hotels around the world. In reality, most of these celebs don’t just live in these fancy hotels. They have turned these temporary homes into permanent businesses. World-renowned celebrities have invested in wellness retreats in Australia or refurbished historic palazzos in Italy, offering impeccable services to guests as they would expect. 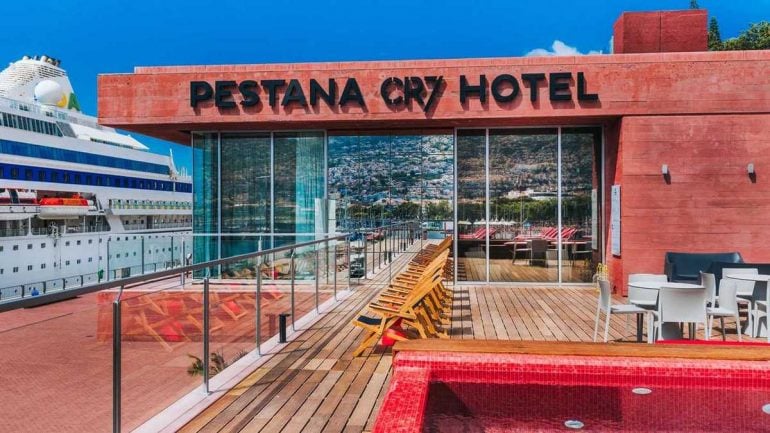 12. Cristiano Ronaldo- Pestana CR7, Portugal
After having established himself as one of the best footballers in the world, Portugal’s star made a foray into the hospitality business. His business is dubbed Pestana CR7 in collaboration with the Pestana hotel group, one of Portugal’s biggest hospitality businesses. The CR7 label has been used in the past on products such as underwear and fragrances. 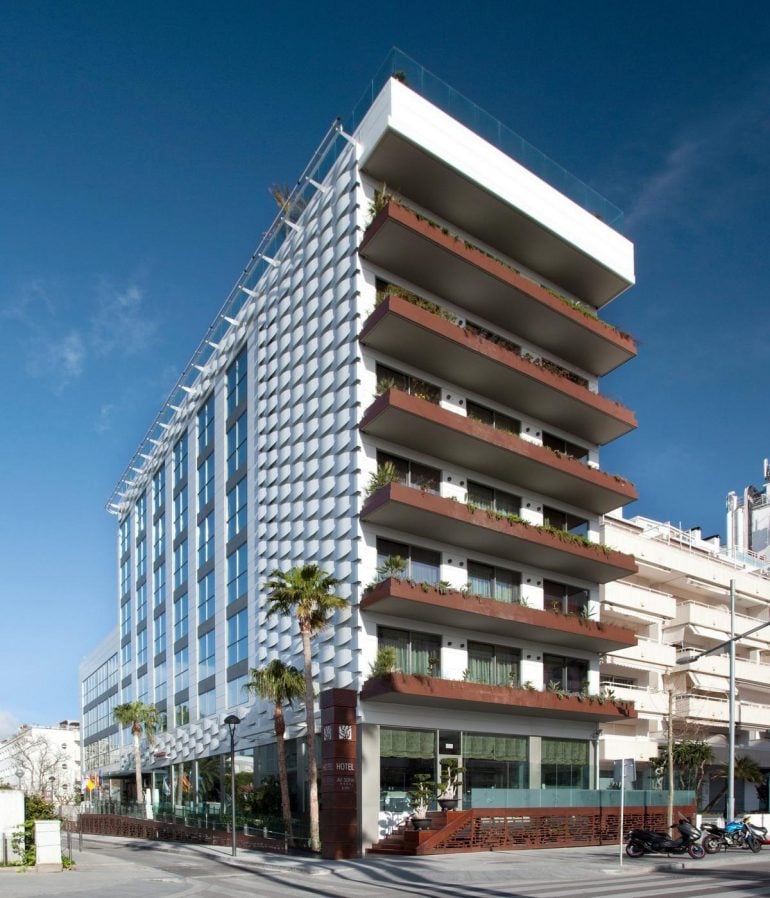 10. Lionel Messi- MIM Hotel Sitges, Spain
The footballer owns this 4-star superior hotel, built in 2013 that consists of 77 rooms and suites. It’s his go-to retreat when he’s recovering from injury. The place is especially well-known for its rooftop Sky Bar that makes the Hotel MiM Sitges stand out from the crowd. The hotel boasts a pool, as well as incredible panoramic views of the town and the Mediterranean Sea. 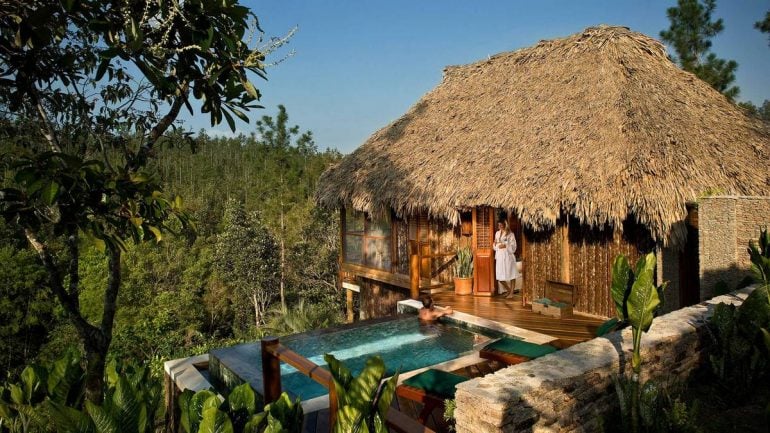 9. Francis Ford Coppola- Blancaneaux Lodge, Belize
All it took was one visit for film director Franis Ford Coppola to the mystical Belize In the early 1980s, and he purchased the abandoned Blancaneaux Lodge. Opened to the public in 1993, the place made an immediate impact with its jungle canopies, waterfalls and mountains. The lodge is within the spectacular 107,000 acre Mountain Pine Ridge Forest and was used as a family retreat by Francis Ford Coppola before it was opened to the public. 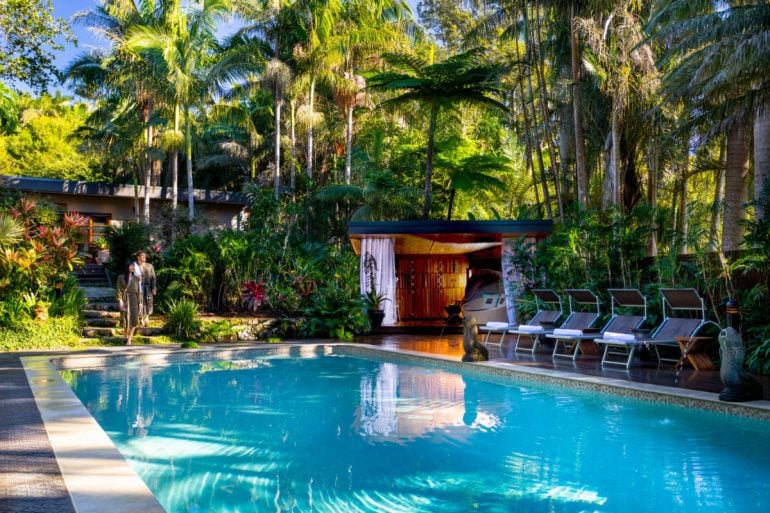 8. Olivia Newton-John- Gaia Retreat & Spa, Australia
Interestingly, Grease- star Olivia Newton-John accidentally discovered the property while spreading her mother’s ashes and is now the proud co-owner of Gaia Retreat & Spa, set on 25 acres near Australia’s Byron Bay. The retreat is known for its wide-ranging views and completely sustainable design. Olivia has battled with cancer and knows the importance of good health. This translates into the resort’s customized wellness packages for each guest, finely tuned to their health and fitness goals. 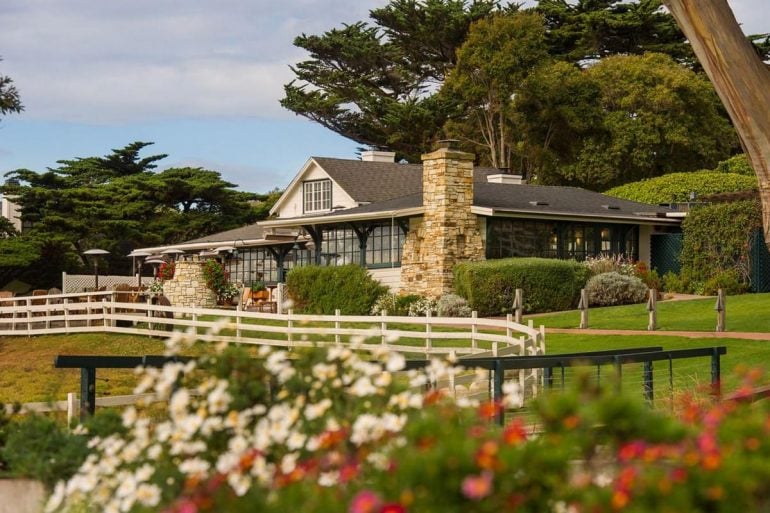 7. Clint Eastwood- Mission Ranch Hotel, California
Oscar-winner Clint Eastwood lovingly restored Mission Ranch in Carmel, California. What was once a nineteenth-century dairy farm was turned into the low-key luxe hotel that holds 31 hotel rooms located within ten buildings on the property. The former Carmel mayor has turned this property into a haven where guests can enjoy a sheep-filled meadow and the Pacific Ocean while engaging in a game of tennis, or a refreshing walk into town or to the nearby Carmel Beach. 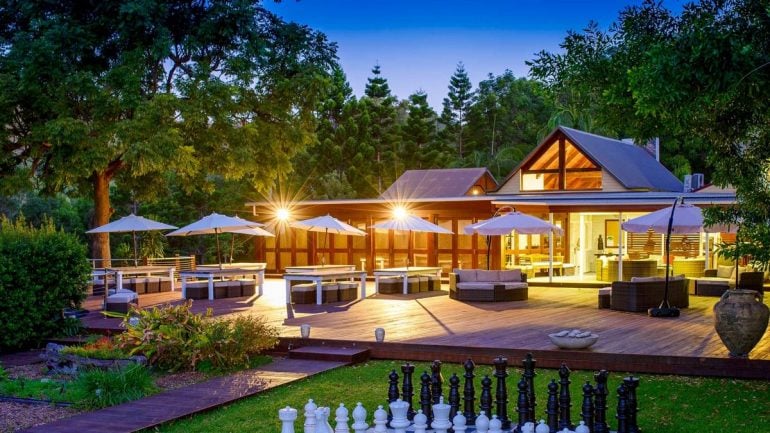 6. Hugh Jackman- Gwinganna Health Retreat, Australia
Do you ever walk into a hotel and get so awe-struck that you buy it? Well, Hugh Jackman did! The X-Men star was so taken by the Gwinganna wellness resort that he rounded up the trip by buying a stake in it during his first visit. The luxe wellness resort is located on a hilltop near Queensland’s Gold Coast. Days begin early here with sunrise qi qon followed by other activities, like boxing, hiking, water polo, and yoga. At the t the Gwinganna’s health is wealth, and mealtime consists of gourmet, clean eats, sourced largely from the resort’s own organic gardens. 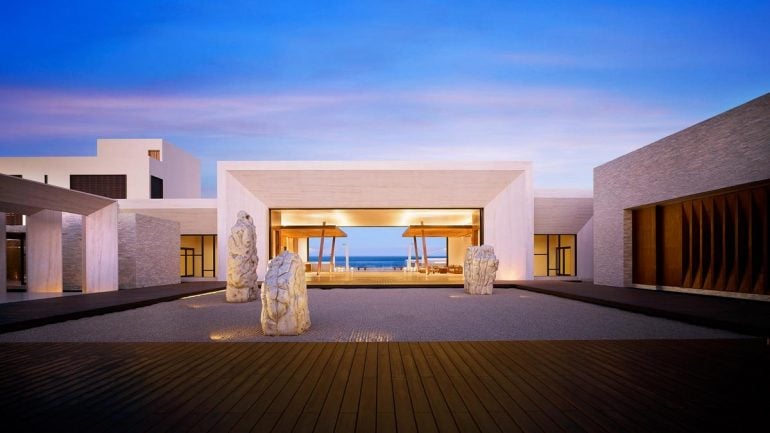 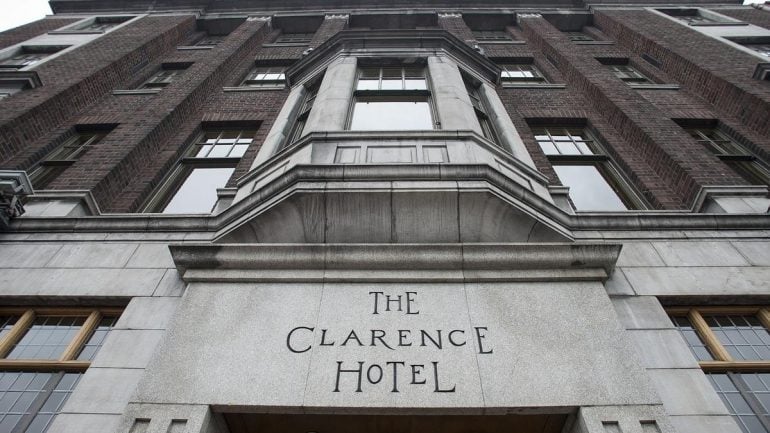 4. Bono- The Clarence Hotel, Ireland
After making several attempts to purchase the hotel, Bono and The Edge bought and later refurbished the two-star 70-room hotel, and converted it into a “contemporary boutique” 49-room hotel in 1992. The historic edifice was built in 1852 and flaunts a spectacular Penthouse Suite. The elegant hotel made an appearance In a live version of the song “Beautiful Day” that was filmed on the rooftop of The Clarence Hotel. 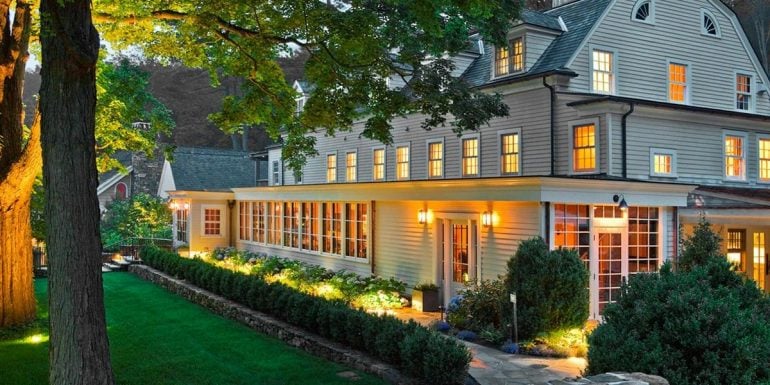 3. Richard Gere- Bedford Post Inn, New York
This eight-room Bedford Post Inn in Westchester County is a relaxing respite from Manhattan. Its quaint looks are right out of a fairytale and receive special accolades for its chic restaurant called ‘The Barn’. The rooms are designed by Lowell (Gere’s wife) and decorator Tiffany Vassilakis, and house cute little fireplaces and claw-foot tubs. 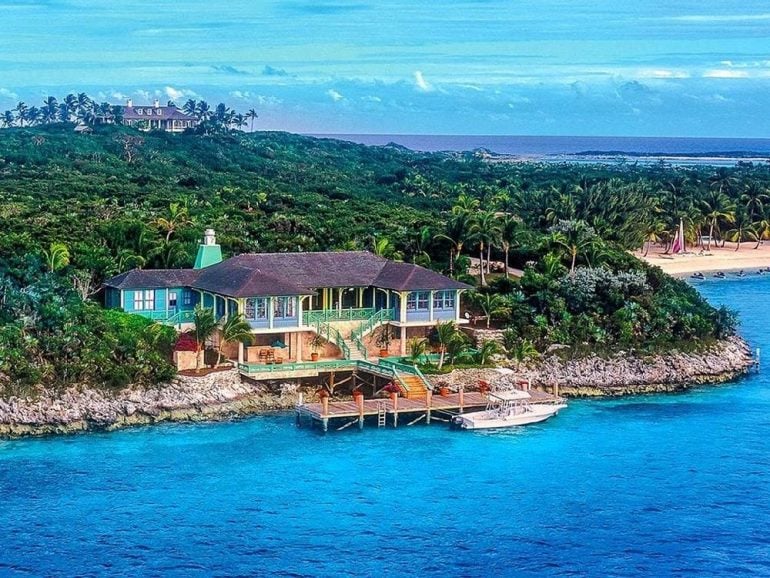 2. David Copperfield- Musha Cay Resorts, Bahamas
The otherwise uninhabited Islands of Copperfield Bay are home to one of the most exclusive resorts on earth. 700 acres of lush natural beauty belongs to illusionist David Copperfield. . Musha Cay features a total of 12 bedrooms spread throughout five luxury homes, each with its own private beach and spacious living and dining areas. There can only be one group of guests, numbering up to twenty-four, at any one time. The place is probably the most secluded spots on Earth, wherein three smaller surrounding islands maintain the guests’ privacy. 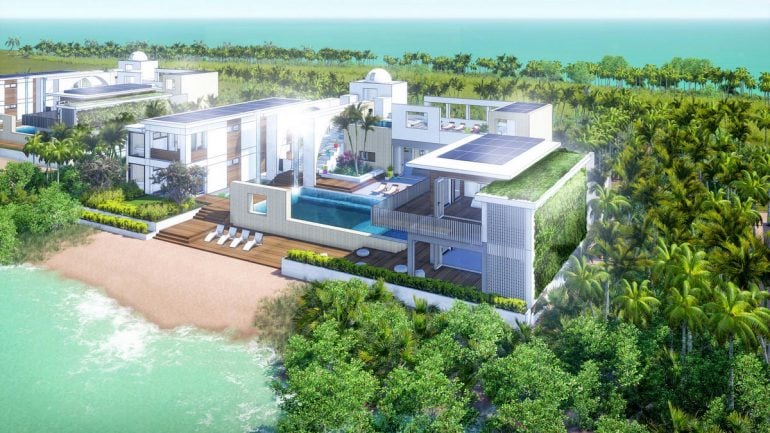 1. Leonardo DiCaprio- Blackadore Caye, Belize
Sustainability advocate Leonardo DiCaprio purchased 104 acres of wild, unpopulated land off the coast of Belize and turned it into an eco-resort called Blackadore Caye. The actor aims to provide guests with luxury eco-friendly accommodations and at the same time aid with the restoration of the island. The resort is completely self-contained, and self-sustained with a total of 36 bungalows, and 36 villas.