From budding romances and weekend getaways to honeymooning couples, family vacations, celebrity clients, and even downright depravity, they have seen it all. Furthermore, they have fashioned a sort of culture trail and tradition, all the while oozing a luxury that stupendously surpasses the ordinary. And they’re everywhere, from Las Vegas to Singapore to China, to Turkey. Now it’s time to list the 10 most ambitious hotel properties.

10) Atlantis, The Palm, Dubai
Unless you have been living under a rock for the past few years, there is no way that the name “Atlantis Dubai” could be news to you. Located on Dubai’s reclaimed artificial island, The Palm, it is based on the myth of Atlantis and is an epitome of Arabian hospitality. Patterned after its Bahamas namesake, Atlantis, The Palm is the ultimate place when it comes to beach resort luxury. The building costs of about $1.5 billion were used to blend the best water features and elements of exclusivity to create a marine fantasy.
[Atlantis-The-Palm-Dubai] 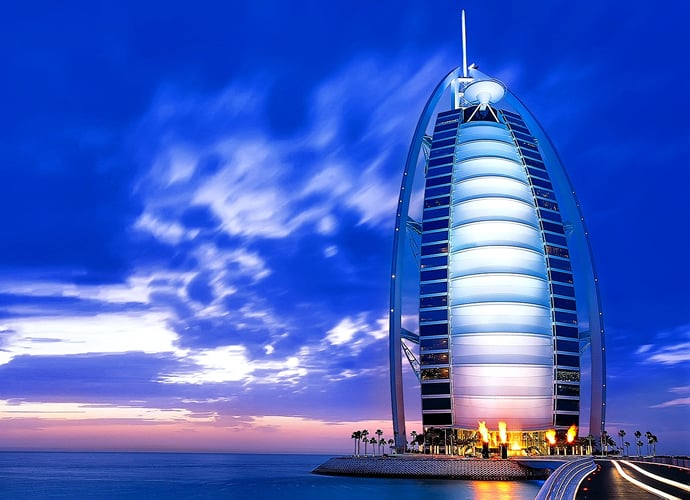 9) Burj Al Arab, Dubai
When you say ‘Dubai,’ the mention of Burj Al Arab can’t be far behind. After all, it was built over six years at the cost of 650 million dollars. And when it finally opened in 2000, the iconic sail-shaped spire was the tallest hotel in the world. The striking view of a 1000-foot sail with hotel rooms inside rising from a small island is identified the world over, making it the most recognizable luxury hotel anywhere and an architectural marvel of Dubai.
[Burj-Al-Arab-Dubai] 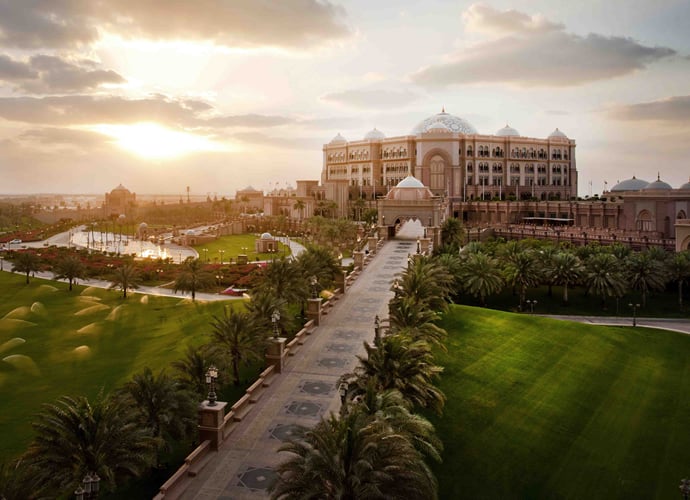 8) Emirates Palace, Abu Dhabi
Moving over to its Emirati cousin, we meet Abu Dhabi. The Emirates Palace there is the crowning glory of luxury hotel chain Kempinski. One look, and you know why. Its construction cost close to 5 billion dollars, making it one of the most expensive hotel properties. Located on the shores of the Persian Gulf, the main building stretches out over a kilometer from wing to wing and is a mark of splendid supremacy.
[Emirates-Palace-Abu-Dhabi] 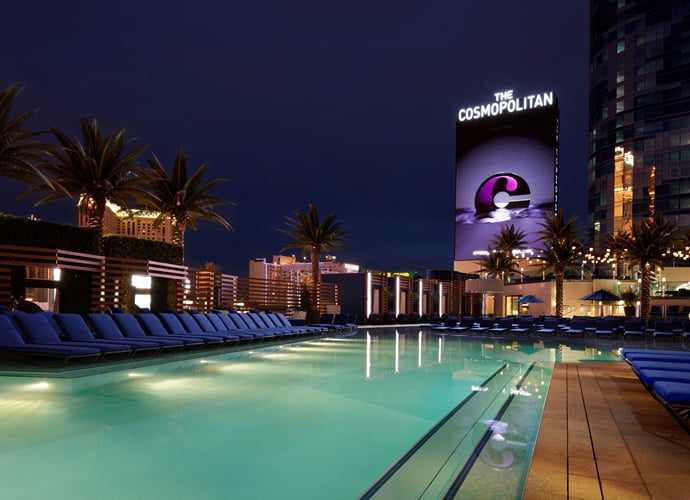 7) The Cosmopolitan, Las Vegas
Next up, the latest Vegas hot spot is a mecca for celebrity sightings with an event calendar choc-a-bloc with the most-awaited performances, probably what puts this luxury Las Vegas hotel and casino on the maps of most pop culture lovers besides indulgent inhabitants! Located in the heart of The Strip, it’s the largest German-owned property in Vegas because the original developers defaulted to Deutsche Bank. The eventual 4.9 billion dollar investment initiated a party destination chain reaction, one featuring tantalizing terraced cabana-style rooms, with the Boulevard Pool becoming the see-and-be-seen summer spot of decadence.
[The-Cosmopolitan-Las-Vegas] 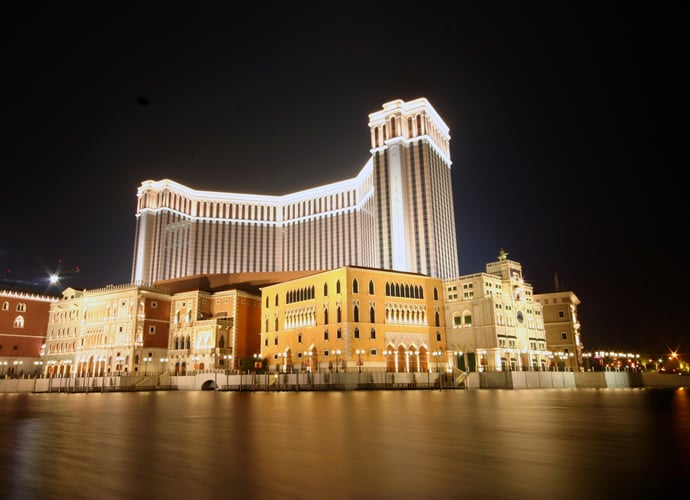 6) The Venetian, Macau, China
When there is talk of casinos, The Venetian, Macau, is a name to reckon with. And otherwise, too! It is a step up from its western counterpart, the Las Vegas Venetian, in terms of grandeur and elegance. Built for 2.4 billion, it was the largest casino globally at completion and featured top-notch amenities and accommodations. It is accented by additions such as a custom-built theater and a club named Paiza Club that caters to premium guests and comes with its own entrance, besides the Grand Canal Shoppes resembling the Venice canals and featuring a retail area of 90,000 square meters.
[The-Venetian-Macau-China] 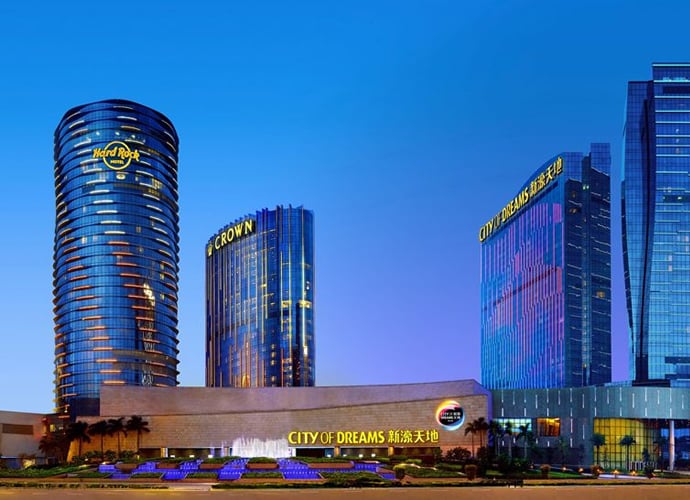 5) City Of Dreams, Macau, China
Located right opposite The Venetian, this mega-sized property in Macau is yet another name to reckon with when it comes to opulence. It is actually a complex featuring three hotels where The Hard Rock Hotel, Grand Hyatt Macau, and the Crown Towers make up the room space. The rest of the development is everything one would expect from a spectacular casino destination. Cost overruns pushed the price tag to well over 2 billion dollars before the first openings occurred in 2009.
[City-Of-Dreams-Macau-China] 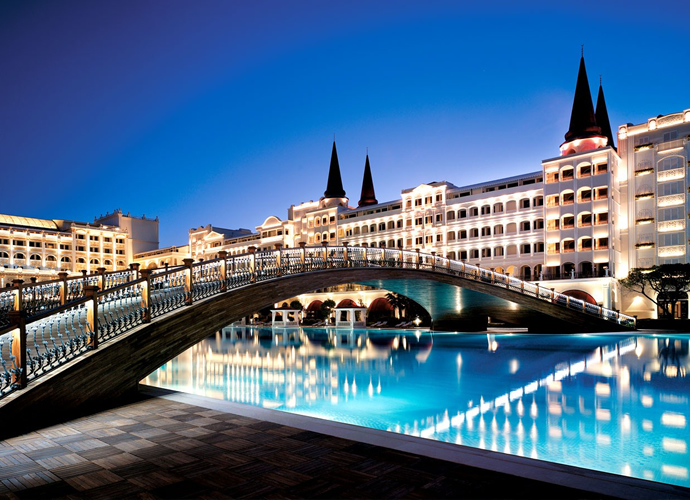 4) Mardan Palace, Lara, Antalya, Turkey
Another property to see its opening in the year 2009, it had what was termed the largest hotel launch in history. Rousing romantic fantasies of the past alongside the stark modernity of the present, the hotel hones the art of blending the best of what’s old with newly formed trends. Think Ottoman Empire meets the modern Mediterranean! Developer Telman Ismailov spent 1.4 billion dollars and perhaps a lot of thought to create what is clearly a palatial resort. It houses the largest swimming pool in the Mediterranean, one boasting a sunken aquarium.
[Mardan-Palace-Lara-Antalya-Turkey] 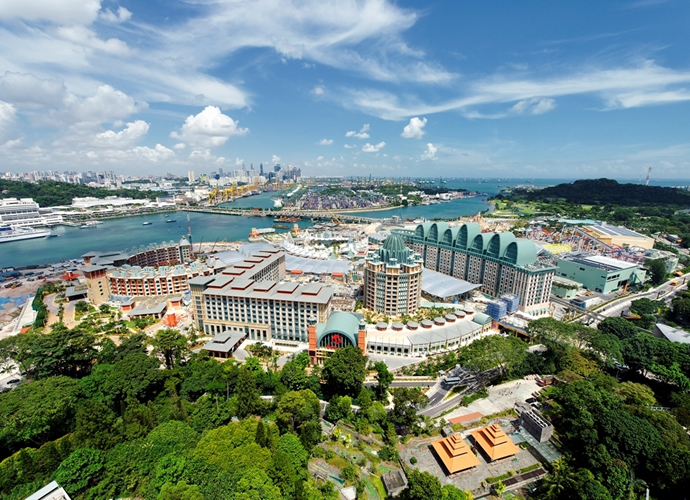 3) Resorts World, Sentosa, Singapore
But the hardest-to-miss resort in the world is, well, Resorts World. It poses a huge price tag, costing over 6.5 billion, and actually has six hotels. The integrated resort includes the region’s first Hollywood movie theme park, Universal Studios, the world’s largest oceanarium, and one of the world’s most expensive casinos, along with featuring the formidable the Lake of Dreams show. Signature shopping experiences are formed at Festive Walk even as several more amenities and culinary adventures await you there to ignite your imagination.
[Resorts-World-Sentosa-Singapore] 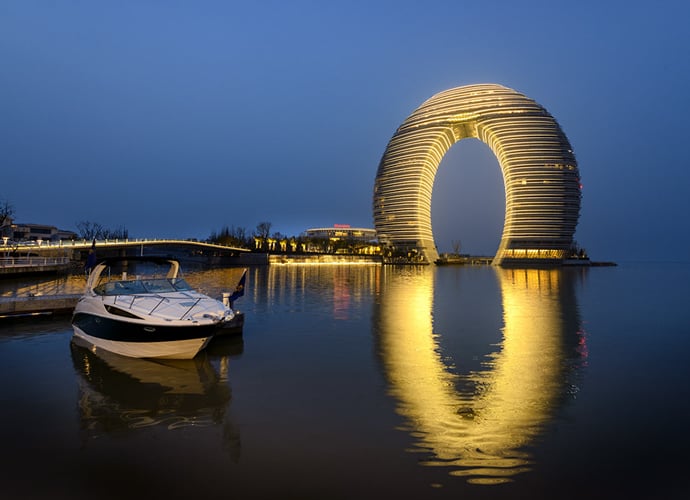 2) Sheraton Huzhou Hot Spring Resort
Another applicant in the resort race is this horseshoe-shaped hotel on Taihu Lake. Its 27-story structure is touted as one of the most fashionable for its ring-shaped architecture and ostentatious interiors. 20,000 Swarovski crystals light the lobby, and the property covers an area of 75 acres with a total floor area of 95,000 square meters. The ravishing reflection of the vast construction can be seen across the wonderful water body even as it comes alight at night and glows in different colors. Sheraton pegs its cost at $1.5 billion.
[Sheraton-Huzhou-Hot-Spring-Resort] 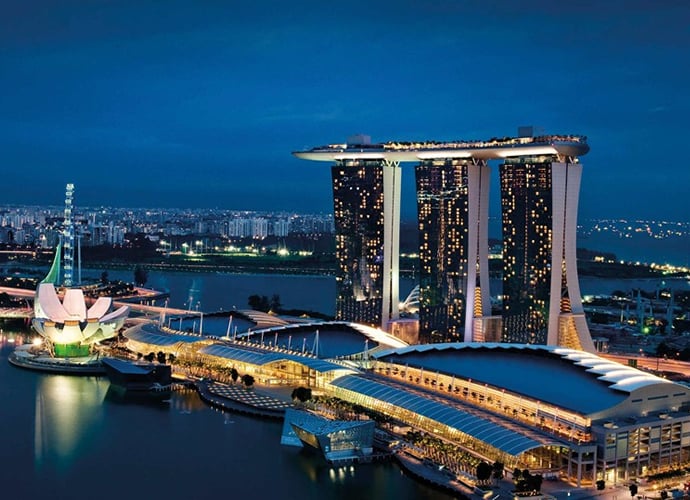 1) Marina Bay Sands, Singapore
Speaking of igniting the imagination, one can’t get reminded of the ravishing Marina Bay Sands hotel. Built on a budget of 8 billion dollars, the complex features an incredible top section connecting the three towers. Termed the SkyPark, it stars an infinity swimming pool and astonishing views. In fact, there, everything from theaters to an ice rink and the world’s largest atrium casino scream superfluity. The Shoppes at Marina Bay Sands boasts close to 1,000,000 square feet of retail space with over 300 stores, including luxury duplexes for the likes of Ralph Lauren, Cartier, and Chanel.
[Marina-Bay-Sands-Singapore]