Boucheron is seeking inspiration in India. A new collection from the renowned French jeweler will draw on the rich history and cultural aspects of the country from the cities of Jodhpur and Nagaur, to the national lotus flower and the mehendi or henna art. Titled Bleu de Jodhpur, this high jewelry collection will feature stones, pearls and elaborate craftsmanship inspired by the eastern country. 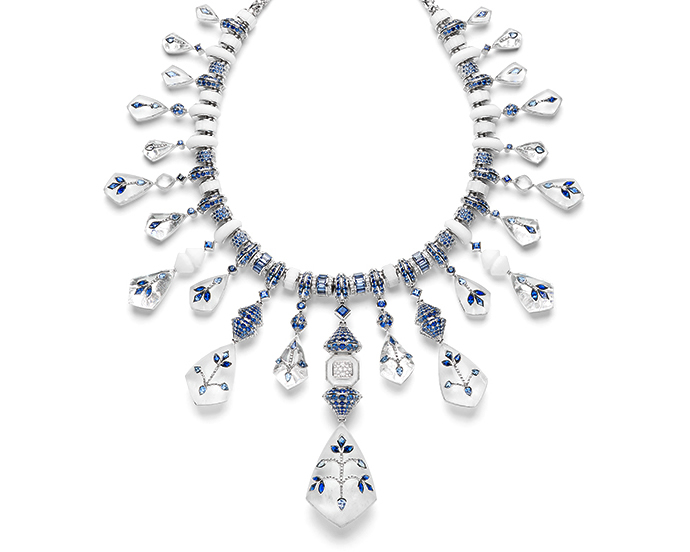 The Jodhpur necklace
As Jodhpur is known as the Blue City, this necklace incorporates the colors white and blue in a unique reversible design. The first of its kind from Boucheron. 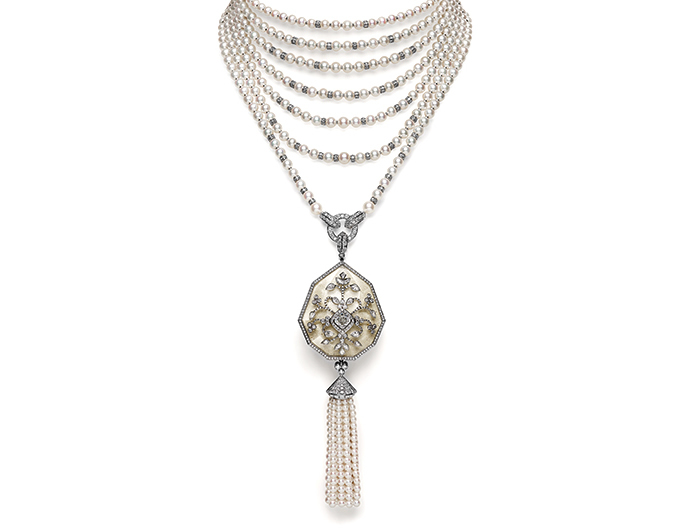 The Nagaur Necklace
This talisman necklace is inspired by the fortress city of Nagaur in the Thar Desert. The pear and diamond necklace is reminiscent of the elaborate layered necklaces worn by Indian royalty. 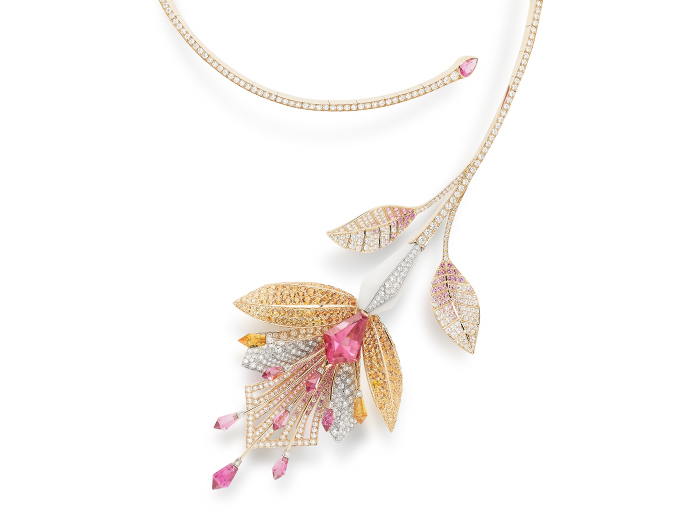 The Fleur de Lotus
Tourmalines, rubellites and spessartite garnets unite to create a necklace that captures the delicate beauty of the Lotus, the national flower of India. 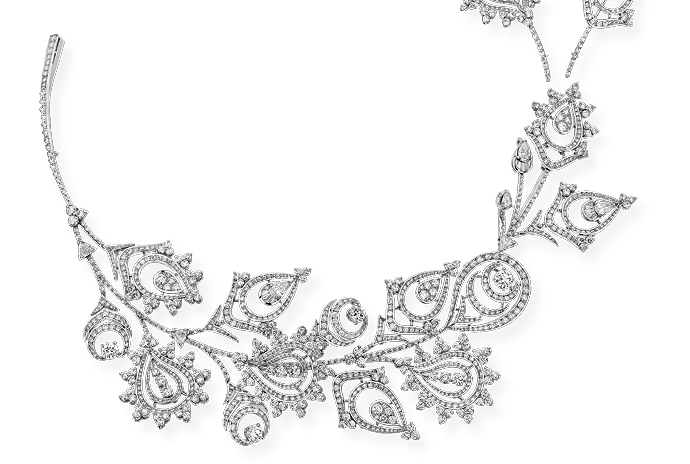 The Mehndi
A re-imagination of the henna designs worn by women, the Mehndi “celebrates the elegance, delicacy and legendary beauty of the Rajput woman.” The openwork motifs allow the gemstones to shine, while the metal almost disappears.

Boucheron is expected to reveal more pieces from this collection in the next few days.

Tags from the story
Boucheron