The title for the world’s largest emerald shifts from a 15,000 carat stone to one with carat value over 57,000! Valued at $1.15 million, Western Star Auctions will auction off the rough cut stone in British Columbia, Canada. The huge green stone is 12-inches long and is 11.5 kgs heavy. Discovered in Brazil and cut in India, the gemstone named “Teodora” (meaning “God’s gift”) was brought to Kelowna in BC under tight security.

However, the dark green emerald that seems to have caught everyone’s attention may earn way more than its valued amount. Western Star Auctions owner Mike Odenbach said, “It’s not unusual for gemstones to sell a lot higher than their appraised value, just depending on who wants to possess the largest emerald in the world.” 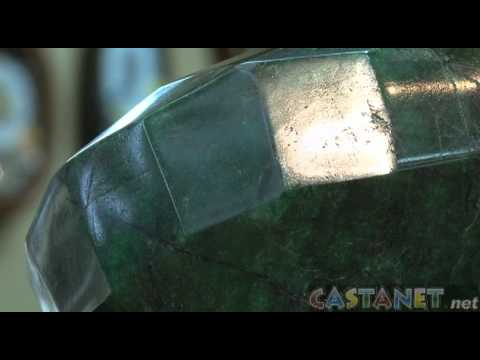