If you’re a ‘Lord of The Rings’ fan who fancies Lego blocks, you’re in for a massive surprise! Inspired by Peter Jackson’s LOTR franchise, we are talking about this gigantic Lego brick set that has recently been declared as the “largest interlocking plastic brick diorama” by the Guinness book of world records.

The enormous set was put in place by fifty designers (over a span of three years) for the Block Kingdom’s Smaerd Land in Shenzhen, Guangdong, China. It measures 2,060 square feet and features Lego brick versions of the iconic battles at Minas Tirith, Helms Deep, and The Black Gate, along with flowing rivers of lava, a massive castle, and tons of Uruk-hai soldiers. 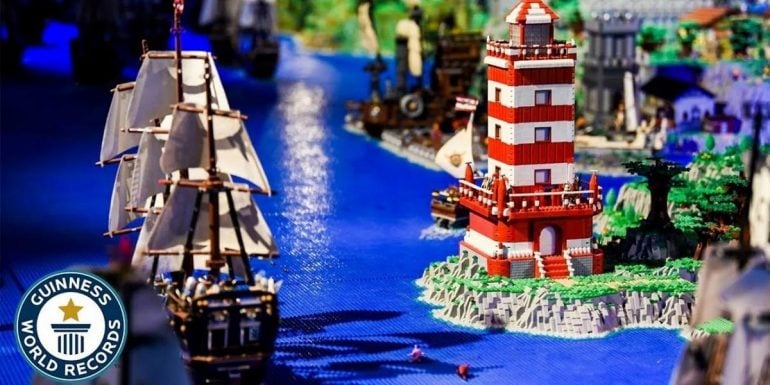 A video of the wondrous creation was also posted by Guinness on its official website, with a description that reads: “YOU SHALL NOT PASS! This massive structure, based on the battles from Lord of the Rings, is record-breaking!”. It is currently on display at Smaerd Land from Tuesday to Sunday. The children’s museum also boasts a “Sci-Fi Zone” and “Window to the World” display, in addition to the record-breaking LOTR Lego set. If you’re craving an eye-popping experience, you know where to head!

Tags from the story
China, Lego