How would you describe a modern, dystopian Bonnie and Clyde? They’re white, one’s half Russian and the other’s an American rapper. They’re too nice to kill people who mess with their heists, but also too cunning to launder upwards of $4.5 billion in crypto. They’re open about who they are (because that’s what it takes to be an influencer, which every rapper is by default) so there’s so much reference content on the internet to learn more about them – a lot of which you will learn as you read on, if you don’t know already. And yet, they’re a mystery. 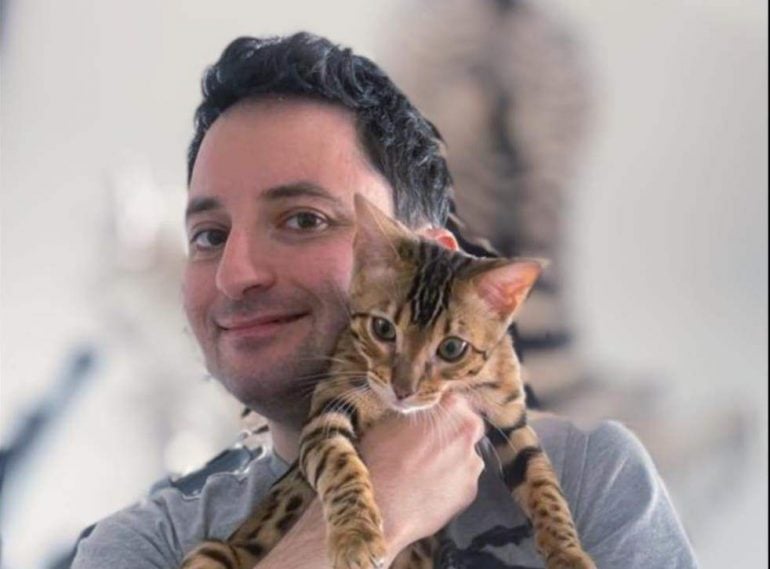 Ilya Lichtenstein (him) is 34 years old and his wife, Heather Morgan (her) is 31. They’re already a thing of legend after being arrested last week in connection to the aforementioned money laundering racket. The crime is said to have been committed in 2016. As soon as you set your eyes upon their unamusing appearances, you would not second-guess them to be mastermind crooks who know their way around some code. Some reports suggest that Ilya (let’s call him ‘Dutch’ as he prefers) and Morgan met each other about a decade ago. They spent enough time in Silicon Valley, where they learned the way of the game, and got married in November 2021.


He was an entrepreneurial nerd
Dutch placed his breadcrumbs to success in a rather ordinary pattern. As soon as he graduated from the University of Wisconsin-Madison, he launched MixRank in 2011, a marketing start-up. He even managed to get billionaire Mark Cuban to invest in this dream of his. He then went on to create a crypto-based cybersecurity firm called EndPass and to date dishes our corporate advice to start-ups.
She was a marketeer-rapper-cat mom
Morgan’s story is a tad flashier. She is the founder of Salesfolk – a marketing company that she launched in 2013. The company had Dutch in its employ, albeit as an advisor. She moved to a Manhattan home along with Dutch and has a cat. She is known to be a self-professed awkward hip-hop artist who goes by ‘Razzlekhan’ and has dedicated her recent few years to produce some singles. 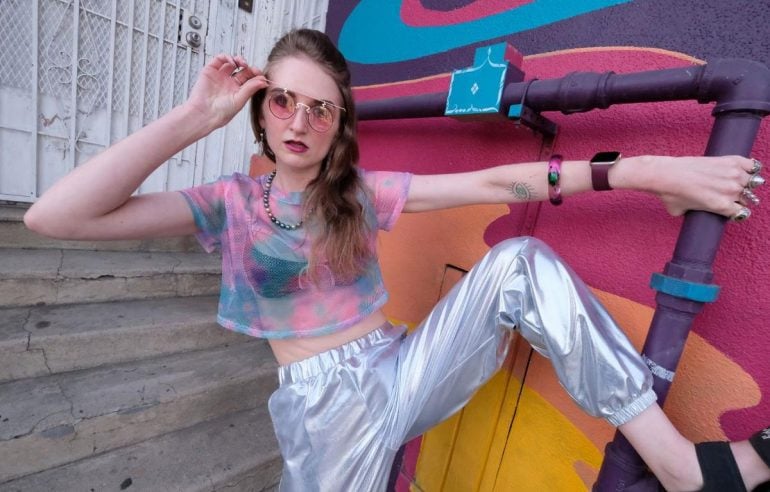 Her rapping videos have received much fame after their arrest and seem to be the only silver lining for the couple as they sail through this ordeal. So, what did they do wrong, you may have begun to wonder.


Once upon a heist…
Sometime in August 2016, a massive hack affected Bitfinex, one of the world’s largest crypto exchanges. An unidentified data assailant managed to breach the company’s digital coffers that lead to the company halting all trading on their platform. To mitigate losses, Bitfinex put an immediate stop to digital withdrawals and deposits. It’s only later that news emerged of some money being stolen from the company while the hack was active and being dealt with.
The booty was not as heavy back then, valued at $71 million for 119,754 BTC that were stolen. Back in 2016, the crypto community wasn’t as large as it is now but the hack sent ripples across. The same amount if valued at today’s value of BTC comes up to an astounding $4.5 billion! Now, what’s strange is that the couple weren’t the ones who orchestrated the hack, or it hasn’t been proven yet, as per federal officials.
Where did they fit in?
Where they do fit in in the scheme of things is that the money that was stolen was transferred into a crypto wallet that was controlled by Dutch. The crime that the couple is accused of is their attempt to launder the money into their accounts and defraud the United States. They could be facing a prison sentence that can have a rather lengthy-term. At the time of the hack, a total of 2,000 unauthorized transactions were made that sent the corpus to an outside wallet. Much like the masterminds in the show Ozark, Dutch and Morgan set up multiple accounts to redirect the funds. 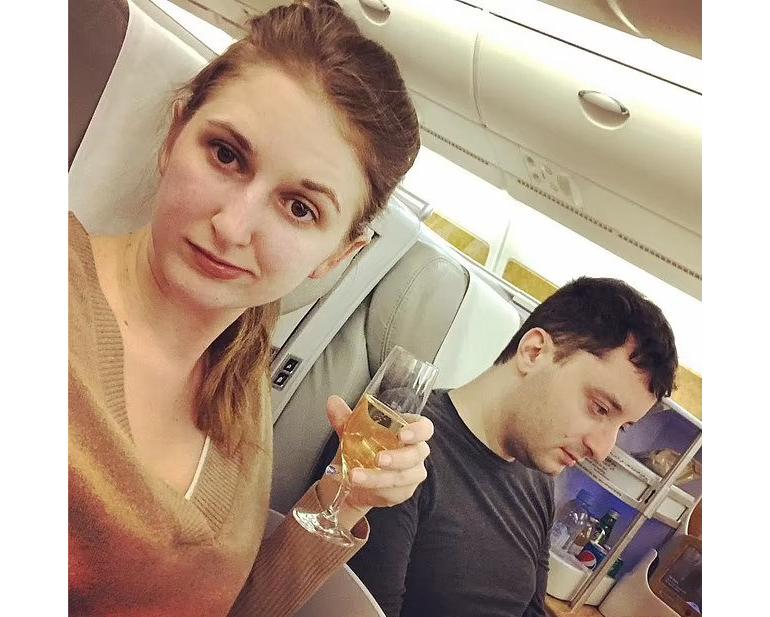 Not all laundries are clean
Money laundering generally involves the creation of multiple online accounts that are created with the sole intent and purpose of siphoning ill-gotten money. The more the accounts, the harder it is to follow the breadcrumbs of the criminals. That isn’t all. To drop another shovel of snow on their tracks, the couple used accounts on AlphaBay, a popular and infamous dark web market, where drug dealers and other criminals lurk, trading their wares and burying their crimes.


The final act of the saga was played out by the meticulous authorities who cashed in on the one mistake that Dutch and Morgan made. Most of the stolen money still resided in the original wallet where it was first deposited at the time of the robbery. The magic of the blockchain network and the powerful security and transparency it provides was demonstrated by the FBI and the IRS who used tools to sniff out the journey of the illegal money.
Crocodile of Wall Street, victim of Walmart Gift Cards
A lure of a Walmart Gift Card can take people places. But it can also lead a trail to investigators to know how and where the suspects were using their money. A court proceeding revealed that investigators used a $500 Gift Card’s trail to land up at the digital doorstep of the couple. The card was sent to a Russian-registered email address via a transaction that was conducted on an IP address. This IP address was linked to Dutch’s New York presence, making it crystal clear, who and where the suspects were operating from. 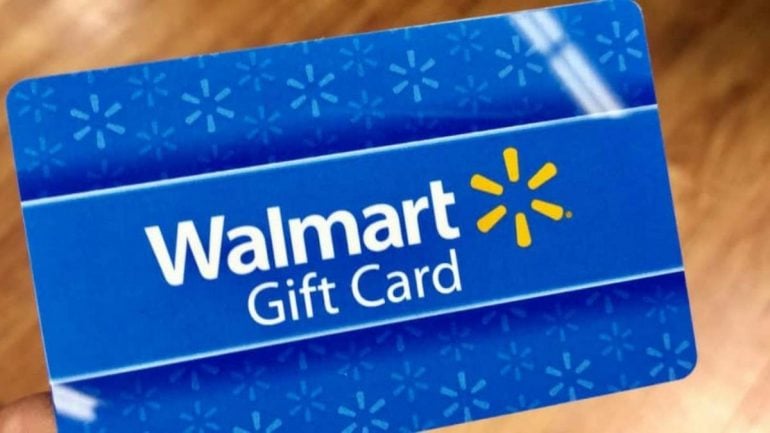 The last official statement put out (at the time of writing this article) goes “Lichtenstein and Morgan employed numerous money laundering techniques, including (1) using accounts set up with fictitious identities; (2) moving the stolen funds in a series of small amounts, totaling thousands of transactions, as opposed to moving the funds all at once or in larger chunks; (3) utilizing computer programs to automate transactions, a laundering technique that allows for many transactions to take place in a short period of time; (4) layering the stolen funds by depositing them into accounts at a variety of VCEs and darknet markets and then withdrawing the funds, which obfuscates the trail of the transaction history by breaking up the fund flow.” The evidence is quite damning. While authorities have managed to seize 94,000 BTC ($3.6 billion) from Dutch’s wallet, there’s still a lot of accounting for the missing money left to do.


This is nothing short of a saga and has already been titled as the largest financial seizure in the history of the US Justice Department. These quaint individuals who passed off as successful, goofy youngsters who were as much in love with each other as their businesses and passions, turned the narrative on its head. What’s also more important is that it proves that the blockchain is not the best place to plan your heists, either.

Morgan titled herself as the Crocodile of Wall Street and if we’re going to be seeing any penitence from her for this crime, we’d be wiser not to trust those tears.