Car collectors often spend millions of dollars to build the perfect garage for their collection. After all, the architectural design of an exquisite car collection’s garage is just as important as the quality of the cars in the collection. We have seen everything from Jay Leno’s car museum-like garage to car storages that look more like modern art galleries. However, this subterranean garage project planned for Warsaw, Poland, might just be our new favorite.

Design studios Unism and Arup have been commissioned to create a private showroom for a collection of some of the most desirable classic Aston Martins. The first set of design renderings of the underground showroom has been released, and it simply looks stunning. The James Bond-inspired garage will be constructed under a grassy hill in one of the city’s residential areas. 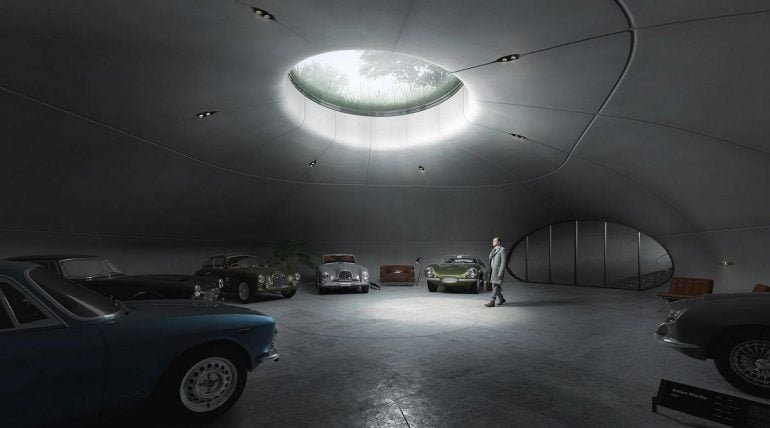 Access to the hidden showroom will be gained either via a one-person elevator or a winding car ramp with a sculptural form that has been carefully designed to blend with the outside. Due to lack of space, the design studio even closely studied the turning circle and tire width of the Aston Martins to design the access ramp. The subterranean car showroom has a cave-like appearance thanks to the curved walls that add texture and three-dimensionality to the place. 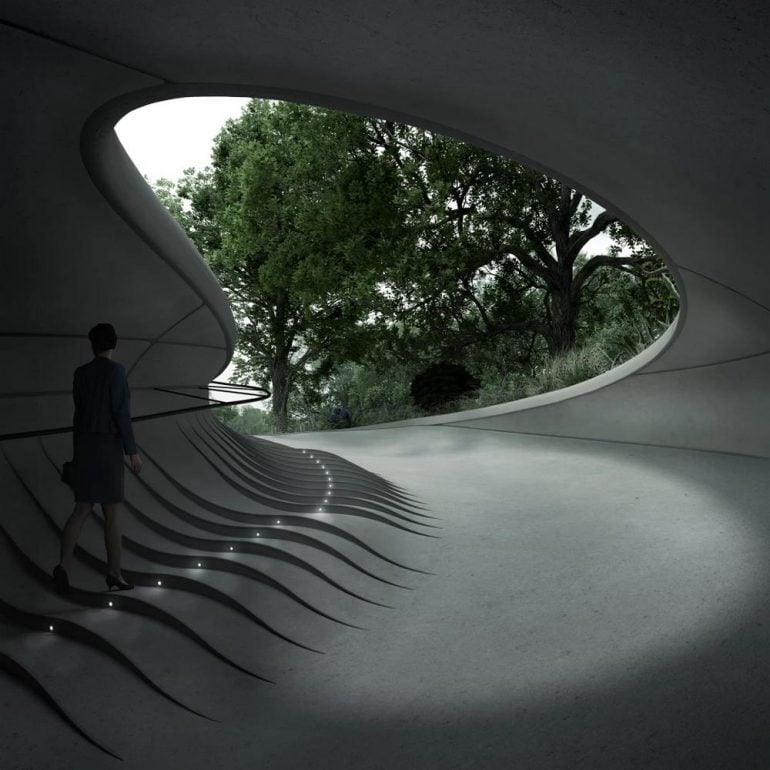 A rotating platform will be at the center of the garage to display the collection of eight classic cars, including an Aston Martin DB5, a DB2 Drophead, and the Vantage. The platform will make it easy to quickly park the vehicles and have additional space to fit two more cars for future additions to the collection.


The underground garage has been designed to follow an eco-friendly approach. To make it energy efficient, a heat pump system will collect natural heat directly from the ground during winters. Since it’s built underground, there will be little need for electricity to keep the building cool in the summer months. Additionally, a three-meter-wide opening at the top looks like a part of the building’s aesthetics, but it will allow the garage to mostly depend on natural light during the day. Unism and Arup plan to complete the project by 2022.

Tags from the story
Aston-Martin, Garage