When George Lucas created the Imperial Stormtroopers’ first sketches, he probably felt a white plastic body would do the job in defending these soldiers from those deadly laser rays being shot at them by jolly good Luke Skywalker and his companions. Well, Leonard Carson, engineer technician for San Diego Composites, thought differently and came up with carbon fiber Stormtroopers, soldiers strong enough to have Darth Vader’s triangle mouth turn into a full-faced grin. Now carbon fiber isn’t all that inexpensive and is known to burn holes in pockets.

However, along with his three engineer buddies, Carson decided to turn these carbon fiber Stormtroopers into a reality and set about developing these expensive, though superbly light and strong soldier suits.
And yes, the price, though undisclosed, is pretty much the same as a decent automobile! 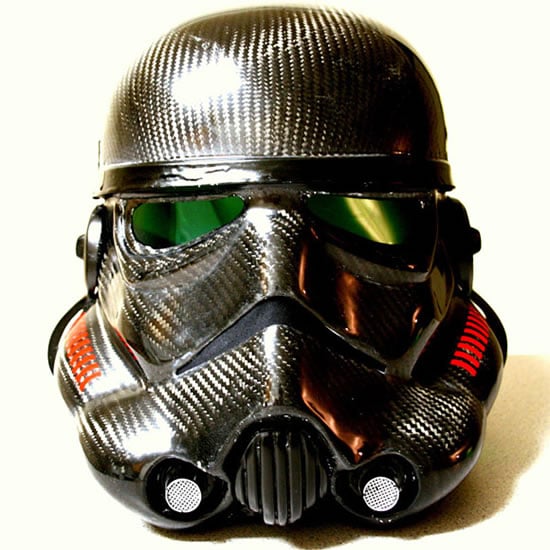 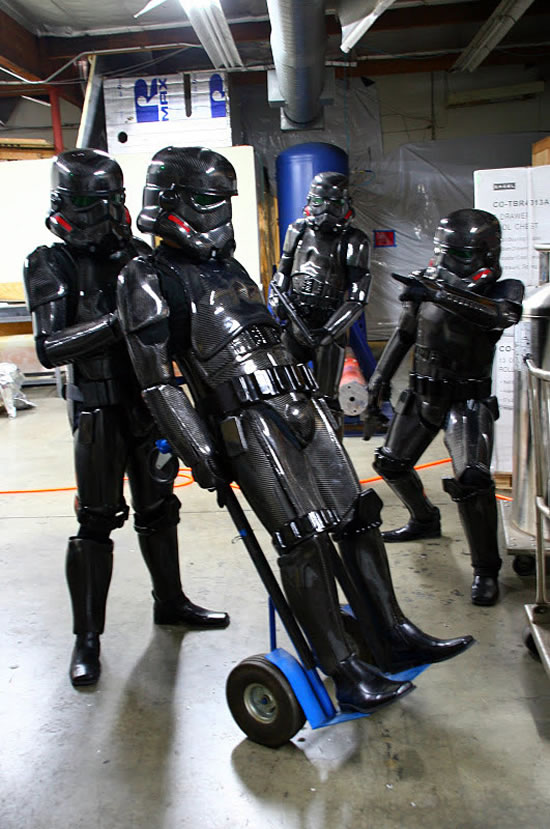 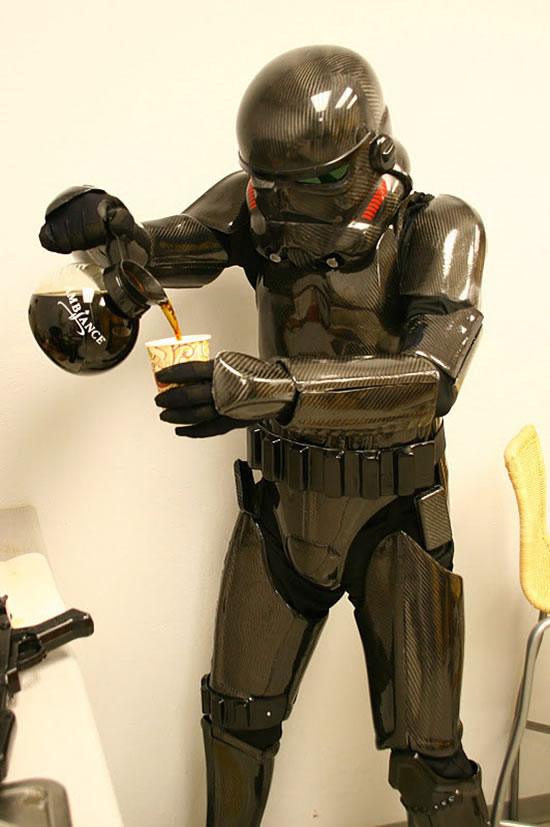 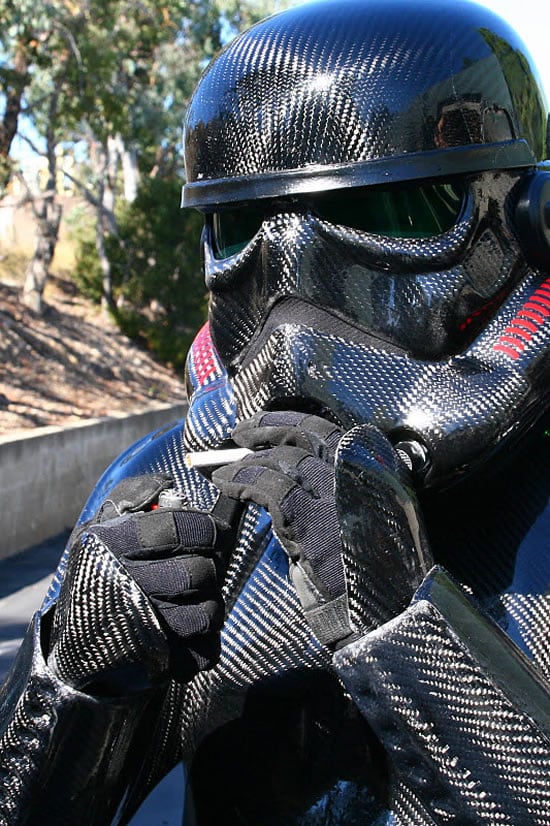 Tags from the story
Carbon-Fiber