The month of April was a sad one, an uncertain time, a period of pause for the world, which is why we witnessed the April edition of Vogue Italia feature a blank, totally white cover. Going by Vogue Italia’s latest issue, things are beginning to look brighter and colorful not just for the world but also for Vogue Italia’s latest June cover. For the first time in the magazine’s history, children themselves have designed the eight covers of the latest issue, due to hit newsstands from 9 June. For its “Our New World” cover story, Vogue Italia has handed the creative reins to the children of the world. he authors who have created the eight covers are all children from around the world, aged between 2 and 10. These are their names: Thomas W., 4 years old, New York; Nori T., 5 years old, Amsterdam; Tadzio D.M., 6 years old, Paris; Violetta T., 5 years old, Milan; Camilla C., 2 years old, Dakar; Rachele T., 5 years old, Bologna; Pietro R., 6 years old, Milan and Giorgio P., 10 years old, Parma. This could be the most ‘fun’ issue of Vogue to hit the stands with these talented kids entering the world of fashion with a refreshing take as they hold out their crayons to “redesign” this season’s looks, putting their own individual twist on the clothes and accessories on offer. Their artwork, in addition to the eight looks selected for the covers, will be published in the magazine and on Vogue.it. Things get incredibly interesting in this edition as 8 years old Luca offers a collection of outfits equipped with superpowers to none other than Giorgio Armani and this tête-à-tête makes for an exceptionally entertaining, intergenerational read. It is not just the children upping the emotional quotient of the magazine the elders are at it too as readers will get a dekko inside an open letter from Brunello Cucinelli to his grandchildren. 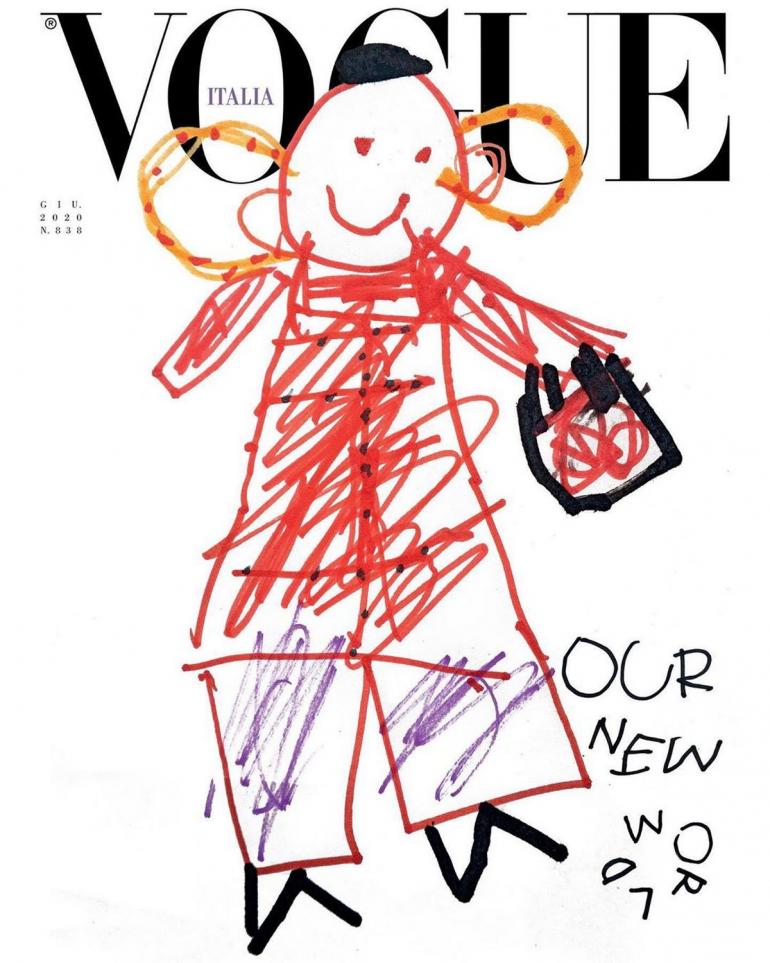 The fashion stories get a makeover of sorts as it taps into the relationship between parents and their children as famous photographer Steven Klein worked with his 4-year-old son Ace to shoot an editorial during the lockdown. It shows Klein opening up about his hurdled journey of becoming a father. Another never-seen-before aspect is the inclusion of a sort-of a poem and a video made especially for Vogue Italia by Tomfoolery, author of the poem about children and Coronavirus that has gone viral online with over 60 million views. The children involved in creating the issue will be presented with a pair of white Superga trainers, along with a box of Carioca felt tips pens to continue their artistic sides. 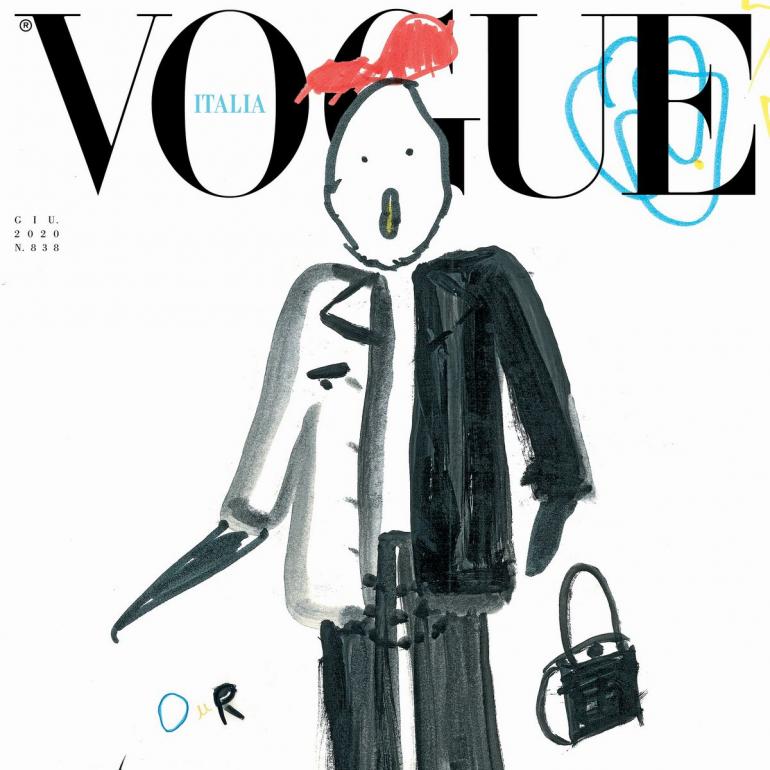 Tags from the story
Italy, Vogue