That China is headed towards world supremacy is no secret. They are already the world’s biggest gold market and second-largest luxury goods buyers market. An industry report claims that China will also be the world’s second-biggest market for luxury goods after the United States in the next five years, overtaking France, Britain, Italy, and Japan. As economic woes in developed nations (including the current second-largest market, Japan) lead to slack in demand, a fast-growing middle class and a fast-developing luxury distribution network in China make it a very prominent player in the market.

The BRIC nations-Brazil, Russia, India, and China are making a majority of the demand for luxury goods and will account for 11 percent of total luxury sales with a combined retail value of over $33 billion this year, up from only 4.0 percent in 2007.
Designer clothing is predicted to be a favorite, accounting for 42 percent of total luxury goods revenue by 2017, though jewelry and watches are fast gaining popularity as well. Last month, Burberry’s shares tumbled as they issued a surprise profit warning, and analysts blamed the same on China’s economic slowdown. 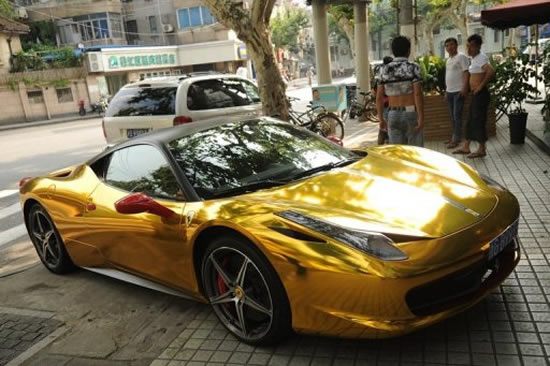