The NFT scene is booming at the moment. And after brands such as Campbell’s and Team GB releasing their own non-fungible tokens, it’s time for Coca-Cola to scoot its way through with its first-ever NFT release on the occasion of International friendships day.

Introducing the first-ever Coca-Cola NFTs! To celebrate International Friendship Day, we’ll be donating all proceeds to our longtime friend and partner @SpecialOlympics. Check them out on @opensea. #NFTCommunity #OpenSeaNFThttps://t.co/SIJ0HnNfdu pic.twitter.com/Rusj2UJuE6


Designed in partnership with digital designer Tafi, the marquee will auction off the NFT loot box on OpenSea. It features specially curated digital apparel that can be worn in the virtual Decentraland metaverse and is a one-of-a-kind offering for fans. 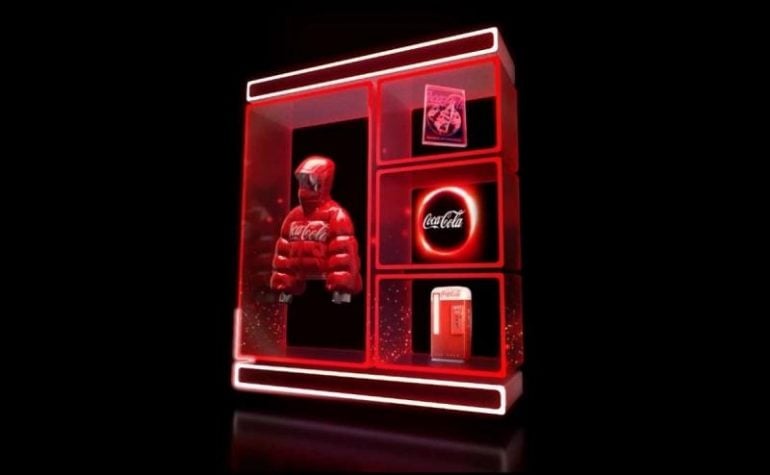 Commenting on it, Josh Schwarber, global digital design senior director for Coca-Cola, in a statement, said, “The metaverse—which is borderless and ‘geo-less’—creates opportunities to connect with others like never before. We wanted to inject the core principles of Coca-Cola and celebrate both our heritage and ties to friendship.”

If you’ve spent 1 minute on the internet this year, you’ve seen a lot about NFTs. @Shopify we are making it easier for our merchants to sell NFTs directly through their stores, with one of the first being the @ChicagoBulls NFT store. https://t.co/Qv2wKO7RCS


He further added, “This is such an exciting space because it’s so new, and we felt there is something cool about not knowing exactly what would be in the loot box. It provided a pathway to bring the idea of friendship to life, with each of the different components as a unique expression.”

Remarking similarly, Selman Careaga, president of the Global Coca-Cola Trademark, said, “We are excited to share our first NFTs with the metaverse where new friendships are being forged in new ways in new worlds. Each NFT was created to celebrate elements that are core to the Coca-Cola brand, reinterpreted for a virtual world in new and exciting ways.”

The NFT will be presented as part of a Coca-Cola Friendship Box, which is a reimagined version of Coca-Cola’s iconic vending machine, also an NFT. It will contain unique digital assets such as a custom futuristic Coca-Cola Bubble Jacket, a sound visualizer, a Friendship Card bearing the “Symbol of Friendship” moniker, and more.

Tafi’s chief operating officer Ty Duperron in a statement to Drum, noted, “Coca-Cola is one of the most iconic brands in history, so with its beloved collectible memorabilia in mind, NFTs seems like a natural step forward today.” Well, we couldn’t have agreed more on that!

Tags from the story
Coca-Cola, NFT