So I just got to see the world’s most expensive piggy bank and it’s cute as hell. Of course, I want it but then I won’t have any money left to put in it!! However, those who do have a lot more money left even after splurging on a golden 18-carat object named Minty then this a once-in-a-lifetime kind of purchase. For the very first time in the Royal Mint’s 1,100-year history, a piggy bank is released as part of a new range of gifts and jewelry range. If you really want to buy something valuable, something that can be passed on as your family heirloom for years to come, Minty makes the cut. Designed by Bristol silversmiths Phillip Kydd and son James, 18-carat gold hand-crafted piggy bank costing £100,000 ($1, 27,900) is definitely making it the most luxurious piggy bank ever made. 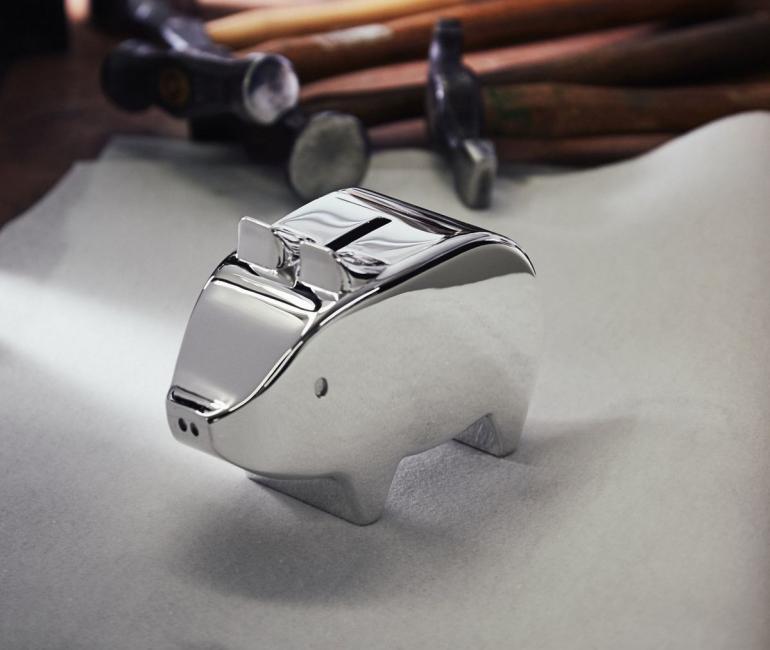 So if you do have the money lying around you can opt for the stunning gold version or go for a humbler sterling silver version for £6,000 ($7680). Too bad the ceramic model that costs £85 ($109) sold out within hours as that’s the one I was banking on, pun intended!

[Available at: The Royal Mint]

Tags from the story
Gold, Most-Expensive