Making art need not come at a cost to the environment. Echoing these thoughts is PETA who recently had a Damien Hirst artwork taken down as it came with fly-killing UV light. The piece called ‘A Thousand Years’ (1990) features two connected glass cases, one with a box where flies and maggots hatch and another which contains a UV light.

As per PETA, flies hatch and make their way toward the light before being zapped. This sparked the debate and fueled the removal of the Damien Hirst piece from Kunstmuseum Wolfsburg in northern Germany. It was stated that the work violated Germany’s Animal Welfare Act, which outlawed the killing or harming of animals without good reason. 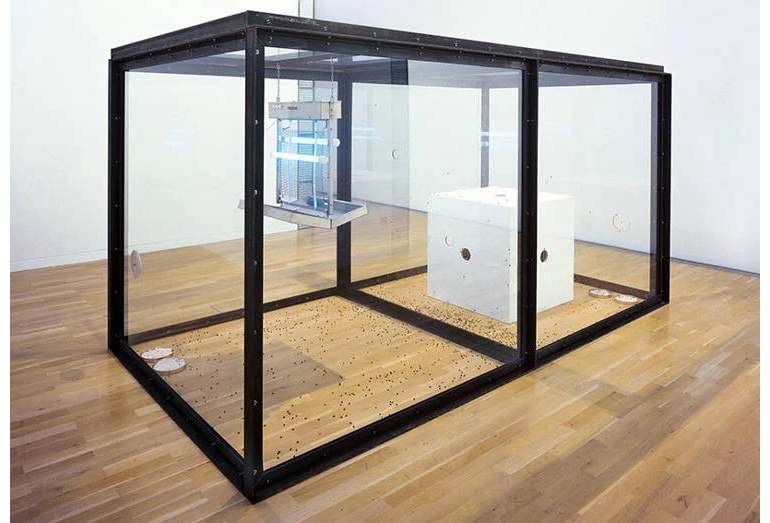 Commenting further, a PETA representative said: ‘Killing animals has nothing to do with art, it just shows the arrogance of people who literally will stop at nothing for their own interests.’ However, remarking otherwise, Museum director Andreas Beitin added: ‘We thought that flies didn’t come under the Animal Welfare Act.’