Imagine taking a stroll at Central Park early in the morning and stumbling upon a gigantic golden cube out of nowhere. Well, that’s exactly what happened with visitors who were stumped looking at German artist Niclas Castello’s unique installation at the site. 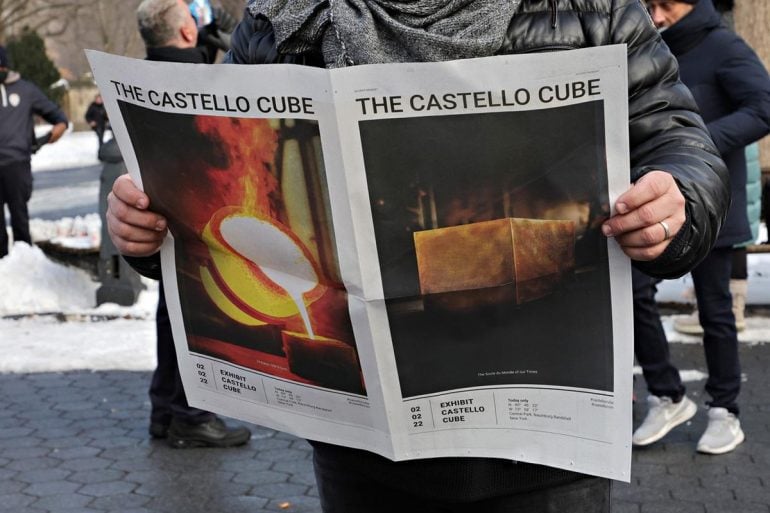 We are talking about a cube composed of pure gold that was conceived by the German maverick and placed at the Naumburg Bandshell on the morning of February 2 at around 5 a.m. Designed as a “socle du monde” (base of the world) sculpture for our time, it made for a stunning visual, to say the least. 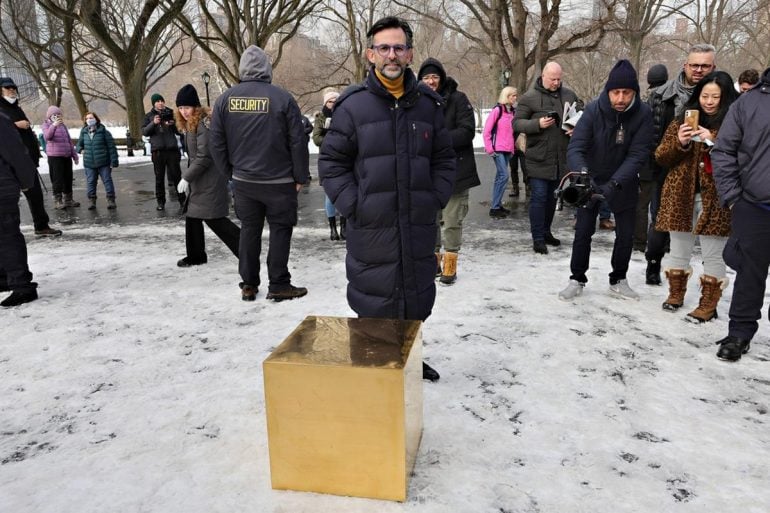 The cube consisted of 186 kilograms of pure 24-karat gold and will not be offered on sale. It is valued at a cool $11.7 million, with the gold used in the making purchased at $1,788 per ounce. The piece of art was deployed at the park with heavy security and was placed there only for a day. 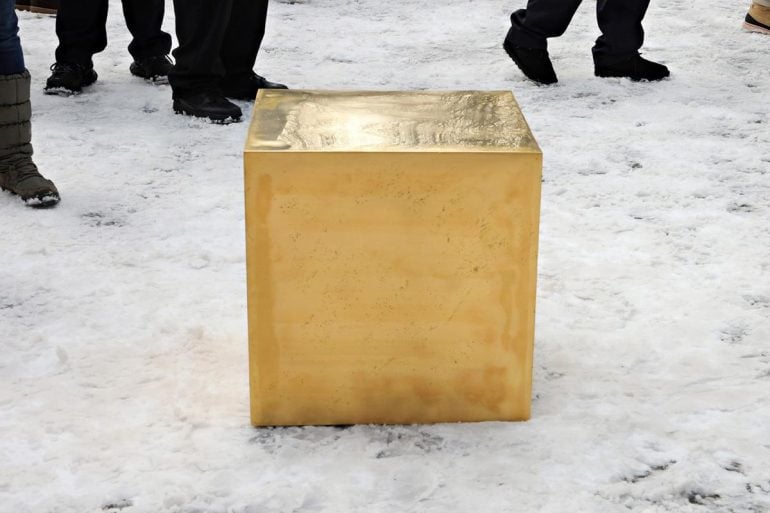 Featuring walls that are 63 millimeters thick and razor-sharp edges, the Castello Cube (as it is called) has been described in its press release as a symbol of stability and endurance. The statement further reads, “Gold, a rare and heavy metal of high-density with extraordinary chemical and physical properties, has played a crucial role in most advanced civilizations as a sun-like symbol of light, its inability to corrode and continue to retain its bright yellow shine.”

As per reports, the cube was cast at a foundry in Aarau, Switzerland using a handmade kiln that was specially manufactured to meet the purpose. Commenting on it, Castello, in a statement, said, “[The work] is a conceptual work of art in all its facets” and that the idea was to create something that is beyond our world — that is intangible.”

Noting similarly, Gallerist Lisa Kandlhofer further stated, “The cube can be seen as a sort of communiqué between an emerging 21st-century cultural ecosystem based on crypto and the ancient world where gold reigned supreme.” The cube was later displayed at a private dinner on Wall Street on Wednesday evening.

In addition to the Cube, Castello is also set to release an NFT called the Castello Coin, which will be auctioned on February 21, 2022.