The whole point of being an influencer is giving people the exhibit of reality! Yes, it may be enhanced or stylized but considering it’s an ‘influencer’ and not a model or actor one expects no farce. But off late there has been news of Influencers caught out posing in fake private jets for their luxe travel snaps, and fans aren’t impressed. This fakeness deeply affects their credibility; case in point “Come fly with the angels,” the TikTok house known as @the7angels captioned a video on Friday, a montage of the seven influencers lounging on leather couches and tables on a private jet while lip-syncing to a song by viral rapper ppcocaine. The setup however was far from the real deal as they weren’t flying anywhere; the drabness of the carpeted private jet was a clear proof that it’s not a jet at all but a set designed as a rental backdrop for influencers’ photos and videos. Delve a bit further and Peerspace, a rental site says such sets can be rented for $64 an hour. One can also blame this on the fact that coronavirus has stunted all international travel plans leaving influencers ‘no choice’ in the content creation. The bigger question is- would you trust an influencer’s review or recommendation after learning that their luxe settings, the clothes, perhaps even the body can be all fake?

Nahhhhh I just found out LA ig girlies are using studio sets that look like private jets for their Instagram pics. It’s crazy that anything you’re looking at could be fake. The setting, the clothes, the body… idk it just kinda of shakes my reality a bit lol. pic.twitter.com/u0RsOnyEEk


Twitter user @maisonmelissa shared snaps of the set with the caption: “I just found out LA [Instagram] girlies are using studio sets that look like private jets for their Instagram pics. This growing trend of smaller influencers cashing in on the fake jet ‘set’ in LA has left followers enraged. Another follower wrote: “I actually feel sorry for these Insta girls/influencers who have to fake so much of their lives to make an identity for themselves.” Azra Mian, who has 92,000 followers on Instagram, recently, shared a shot of herself posing on the ‘private jet’ on Friday. Though she admitted to her followers that it was a set the same kind of honesty cant is expected from influencers. It’s no secret that the secrets won’t hold up much longer, but take it as an advantageous reminder that everything you see on social media may not be as it seems. 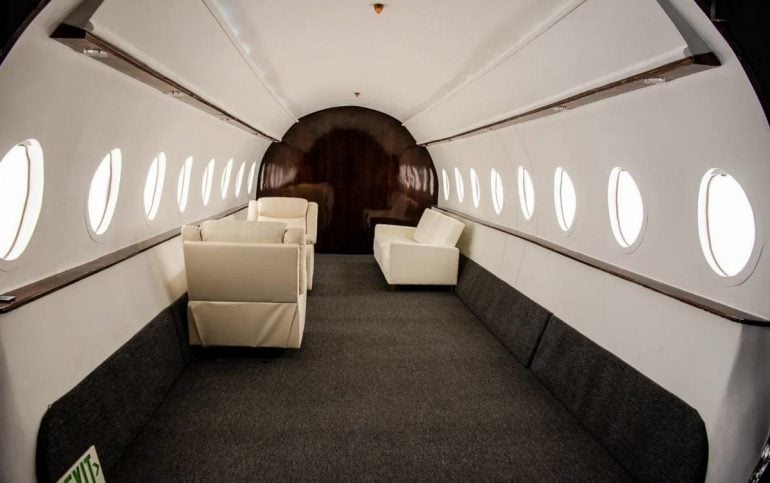 Tags from the story
Influencers, Private-Jets