Lux Coin, a manufacturer of the most iconic coins in the world has recently unveiled its new wonder- a gold coin that contains a drop of the very precious Old Vatted Glenlivet 1862 (world’s oldest scotch) at its core. The exclusive Whiskey coin is a work of art like no other and happens to be the world’s first legal tender coin to hold the vintage whisky in it. 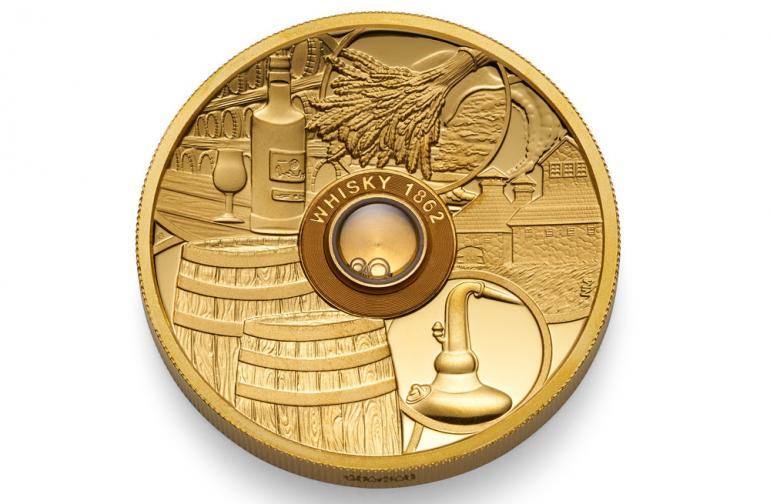 As part of the design, the golden goblet features a capsule containing the rare spirit in the middle, with adornments such as a bottle and glass, casks of spirit and sculpted representations of the whisky making process inscribed in its background. Made from 2oz of 99.99% pure gold, the whiskey coin happens to be the first ever to encapsulate such valuable aged liquor in a precious metal of the highest quality. The unique collectible forms part of a legal tender of the Government of Tuvalu and comes with a very limited mintage of only 300. It is also the first of three gold coins from the new Spirit Coins series created by Lux Coin in conjunction with top mints. 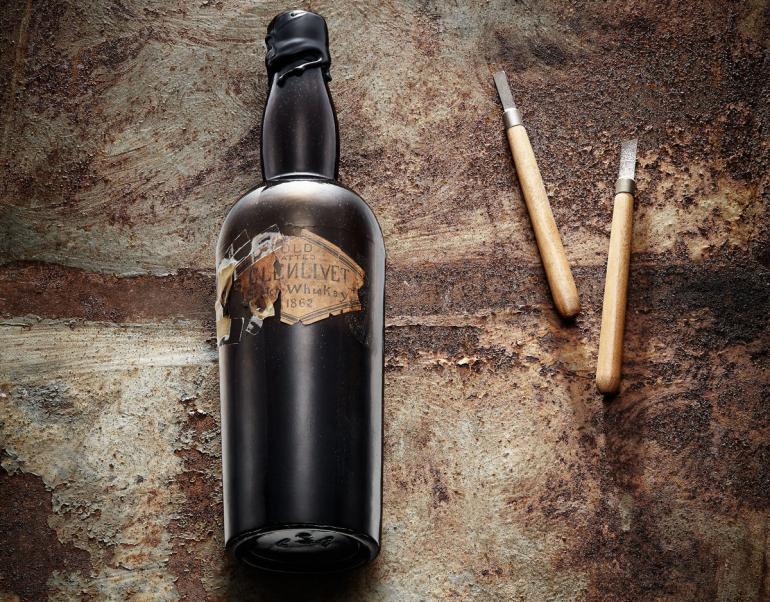 Commenting on its launch, Lux Coin Chief Executive Officer, Lukasz Baranowski said, “We are delighted that the Whisky Coin was created in cooperation with the precious metals experts from The Perth Mint. Our idea to enclose a drop of the world’s oldest whisky in a gold coin was unusual, but we stand by our motto of making the impossible possible, which worked beautifully for this project.” The exclusive Lux Whiskey Coin retails for price of US$9,240. 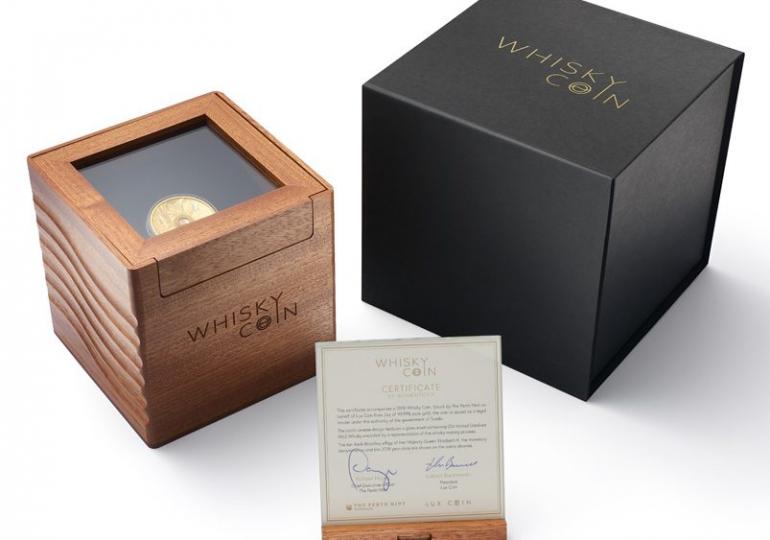