Money can’t buy love but apparently this guy didn’t get the memo. The young man, supposedly the son of a wealthy businessman tried to win over a girl with a grand gesture only to be unceremoniously turned down. The man spend 10,000 yuan (something like $1,500) on a giant teddy bear and drove it in his white Porsche 911 Targa through the streets of Hangzhou city in Zhejiang province with the oversized stuffed animal spilling out of the sports car. 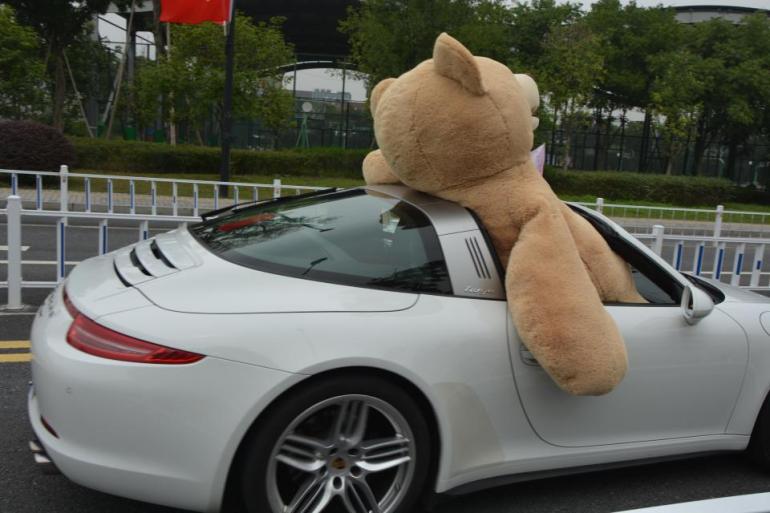 The man had to drag the teddy bear from his car to present it to a woman who was on campus at Hangzhou Normal University. Pictures reveal the man presenting the bear to a young woman as he makes his declaration. Unfortunately for him, the woman was unimpressed, supposedly saying “I like the bear, but I don’t like you.” 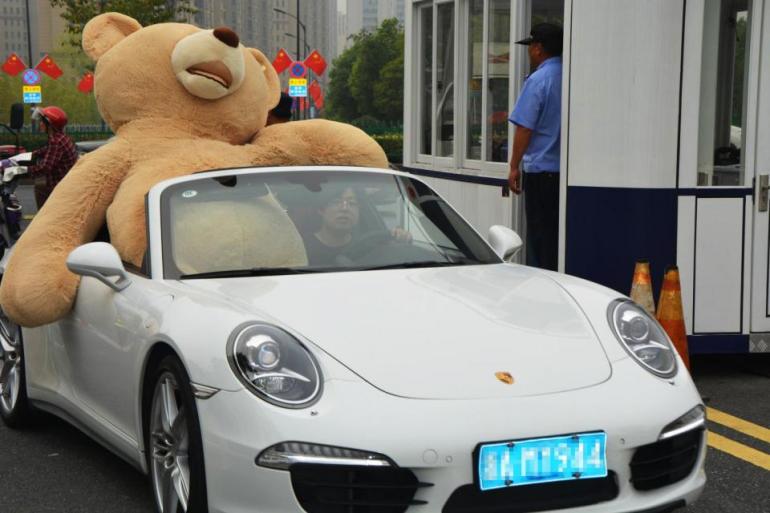 Let that be a lesson to everyone who thinks that getting a boyfriend or girlfriend is only a matter of splashing out some money. Better spend those thousands on an OKCupid membership instead. 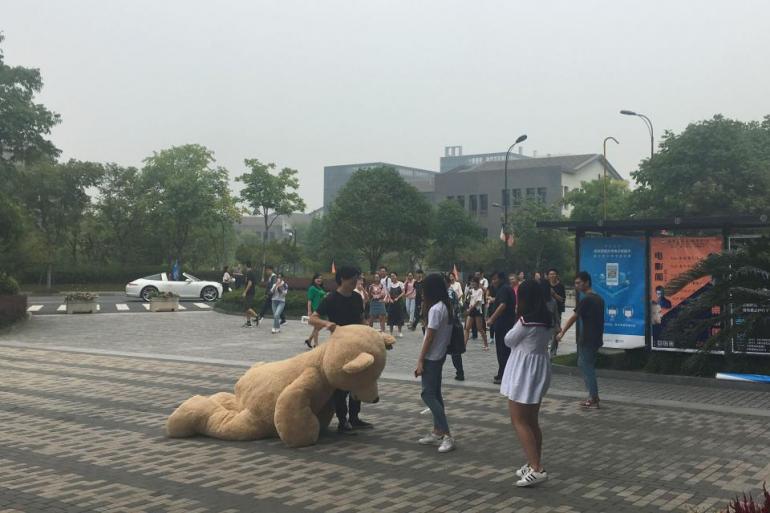