Through their artistry, Mont Blanc has paid homage to some of the most amazing people to have walked this earth such as Mozart, Pablo Picasso, Princess Grace of Monaco, Queen Elizabeth I, Diego Riviera and Mahatma Gandhi. The latest in their Great Characters collection is the 2013 edition, which pays tribute to Albert Einstein. You cannot say Einstein’s name, and immediately the words that pop into your head are genius, science, relativity, and physics. Mont Blanc has created this writing instrument in such a manner that it invokes all of these words and covers the essence of this great man. In 1905 Einstein published four different theories in quick succession, which essentially changed the way we think about the physical world; he was awarded the Nobel prize in 1921 to discover the photoelectric effect, which forms the base for many modern technologies. 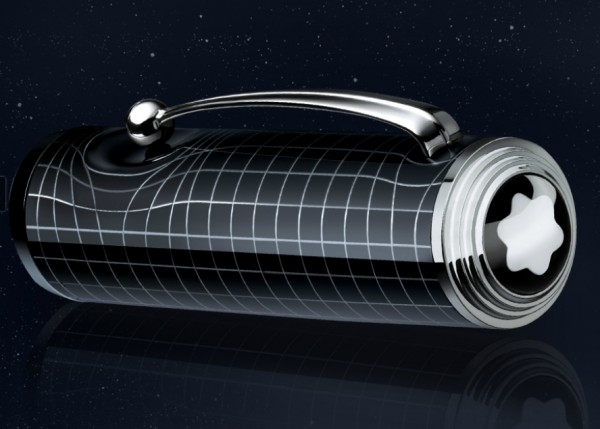 Mont Blanc has limited this collection to 300o pieces to represent exactly one hundredth the value of the speed of light (299,792.458 km/s). Despite his many accomplishments, Einstein is most famous for the Theory of relativity and the famed formula E=mc2. To commemorate this, Mont Blanc has engraved this formula and other important ones on the limited edition writing instrument. The Mont Blanc Albert Einstein Limited Edition 3000 has a platinum-plated body with a dark blue lacquer cap, the two contrast to create the velvet darkness of space in the cap, with the body shimmering like the light from a star. The grid seen on the cap is meant to represent Einstein’s famed theory of relativity, as it curves around the platinum-plated sphere on the clip. The body, of course, is engraved with Einstein’s famous formulas, while the handcrafted 18 K gold nib features an engraving of the element named after him, einsteinium. 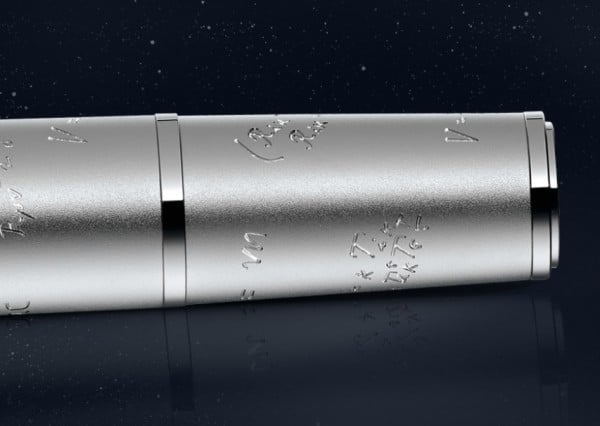 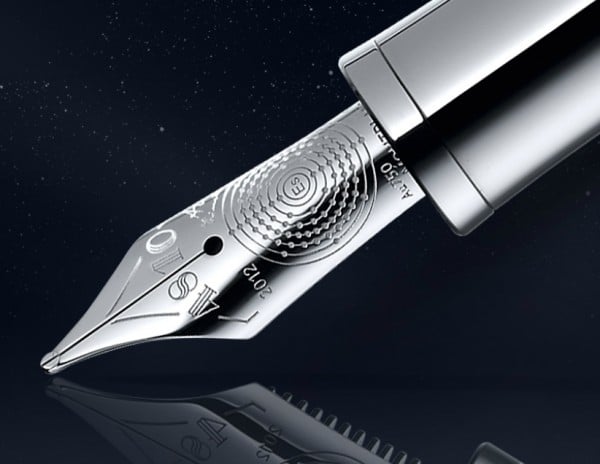