Russians are out to beat all the millionaires from other parts of the globe. The latest reports confirm that Moscow is home to the world’s second-highest concentration of millionaires after New York! It seems they have surpassed the wealthy Europeans too. Quintessentially Russia, part of a worldwide private concierge service based in London, is set up to cater to the whims of a growing class of people with huge wealth but little time. In its first year in Moscow, the firm has taken clients past the velvet rope at exclusive night-clubs, landed hard-to-get table reservations in some of the world’s most fashionable restaurants, and bought pet dogs. They also had one client ask them to help find an elephant for an outdoor birthday party! Well as you know money can buy everything except happiness but then these treats do bring some jolly moments in life too! Who can deny that fact? So if u reside in Russia or are planning to immigrate then you too can avail of this service for an annual subscription fee of £2,500. Provided you are slotted in the millionaire’s category! Quintessentially Russia was one of just hundreds of exhibitors at the Moscow Millionaire Fair, an annual event where firms offering luxury goods showcase their lavish products at times following the dictum “the more extravagant the better”. Trinkets for sale at the fair included a £250 bottle of vodka, a diamond-encrusted Mercedes car, and a coffee table carved out of mammoth tusk. Other high-end products at the fair included a £125,000 CD player and a life-sized reproduction of Rembrandt’s Night Watch made out of porcelain bath tiles. It is also believed that some dealer was offering £500,000 for a set of jewel-encrusted car wheels!

Lifestyle management for Russia’s wealthy is a rapidly flourishing sector as a small sliver of the population profits as the country rides an economic boom fuelled by high world prices for its main exports, oil and gas. Irina Volskaya, president of Quintessentially Russia “We provide lifestyle management for exclusive clients around the world. Anything that doesn’t break the law.” 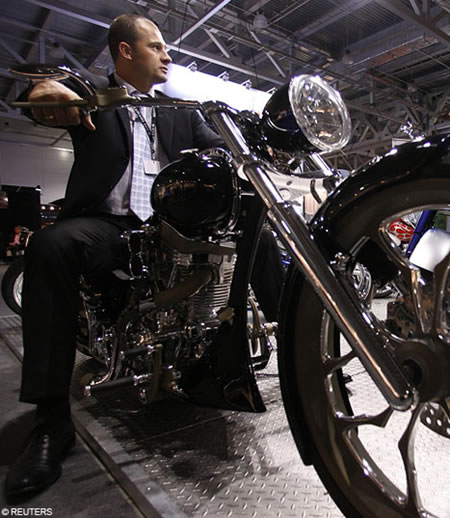