It’s a common belief around the world that products manufactured in China don’t last long. The “Made in China” label has become synonymous with low-cost and low-quality and this label applies to knock-off handbags, counterfeit watches, and if recent events are saying the same about their architecture as well. From bridges to buildings things in China are looking pretty shaky. At the beginning of the month, a multi-million dollar glass-bottomed bridge in China shattered due to high-speed winds and left a tourist dangling 330 feet in the air. The SEG Plaza is the 18th tallest building in Shenzhen, and the 104th tallest in China, and even so the 957-foot (291-meter) skyscraper inexplicably began swaying.


Thousands of shoppers in the southern Chinese city of Shenzhen fled the vicinity which led to SEG Plaza being evacuated and remains blocked off. It should be noted that the weather was fine at the time and there were no reports of an earthquake in the region. But some 15,000 people were inside, who felt the swaying and decided to run for dear life. According to the official newspaper of the Shenzhen Municipal Communist Party Committee, all those inside were evacuated within 90 minutes. The tower resides in the bustling shopping district of Huaqiangbei, home to the largest electronics market in the world. The building houses various local technology companies and a multi-story electronics mall. It was constructed in 2000 by Hua Yi Designing Consultants.


Shenzhen’s city government announced on microblogging website Weibo, “The main structure of Shenzhen SEG Plaza is safe! The cause of the building’s vibration is under investigation, and the follow-up situation will be announced in time,” it added. “No new round of vibration has occurred in the building, and the main structure and surrounding environment are safe and stable.” all said and done, the reason for the shaking is currently unexplained as the South China Morning Post confirmed the wind speeds were only 27 kilometers an hour. 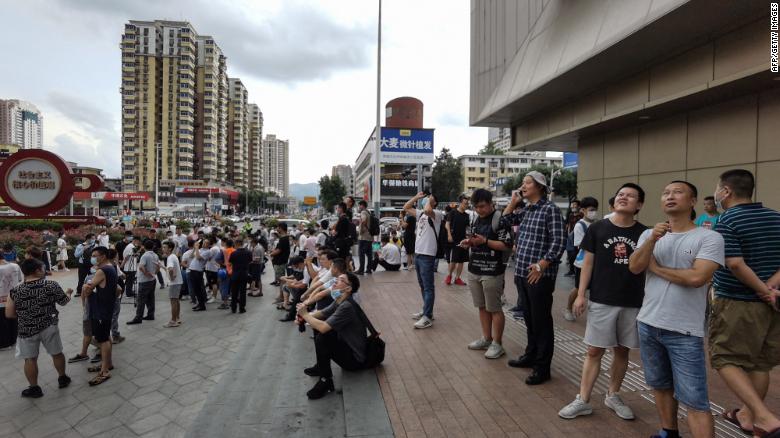