What did I just see? The 60-meter-long flying dragon sculpture with 2.5 million Swarovski crystals by glass-making company Lasvit has got to be one of the most beautiful things ever. If they look so splendid on our computer screens, watching them, in reality, will be an unforgettable sight. Czech company Lasvit specializes in making innovative lighting elements but they have truly outdone themselves by creating these two massive, dragon-shaped chandeliers for the Imperial Palace casino in Saipan. Apparently, this work of art weighs a staggering 40 tons; it’s got to be that heavy when there are as many as 2.5 million Swarovski crystals, used to decorate the extensive 13,000 scales of the dragons that span 60 meters. Can you imagine the sight when each crystal is illuminated and changes color? This makes the dragon a sort of crystallized chameleon that can turn from green to red almost instantly. This structure of two dragons fighting over a flaming pearl is made out of stainless steel, gold, and crystals. For those who are aware of Chinese mythology will recognize it as a traditional symbol. The five-fingered dragon bears a special meaning, it is the creature that represents the emperor so is of more importance compared to three and four clawed dragons. The makers have installed it in the form of a jewel piece installed within the lobby of the Imperial Palace Saipan, hoping to nab the Guinness world records as the largest piece of jewelry ever made. 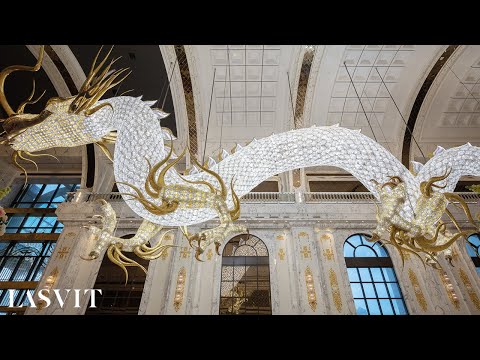 This chandelier project took Lasvit more than three years and hundreds of employees from the Czech Republic to materialize. The Casino now has two dragons worthy of a king; it is a symbol of luxury, but also of deep respect to Chinese history and tradition. 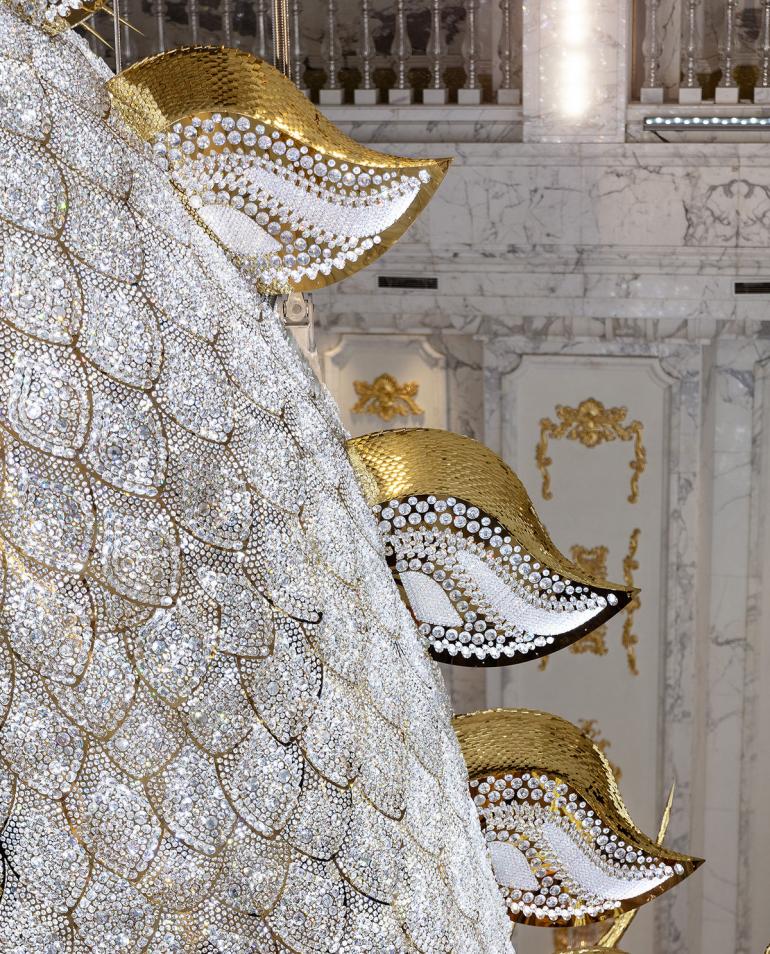 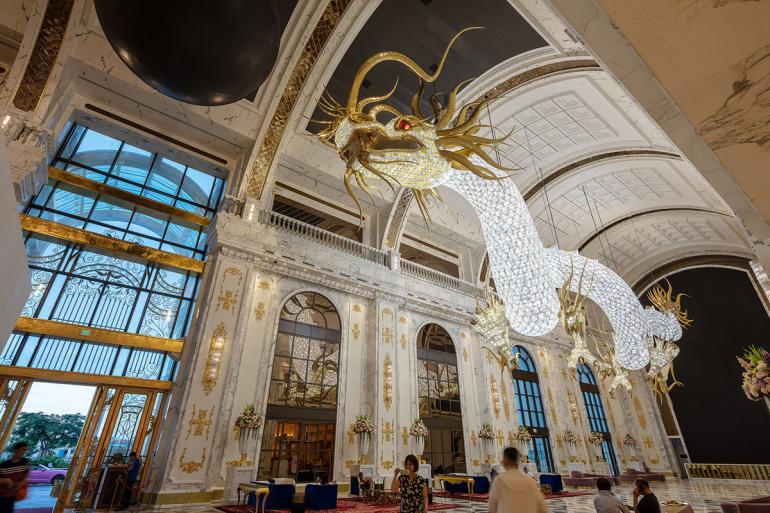 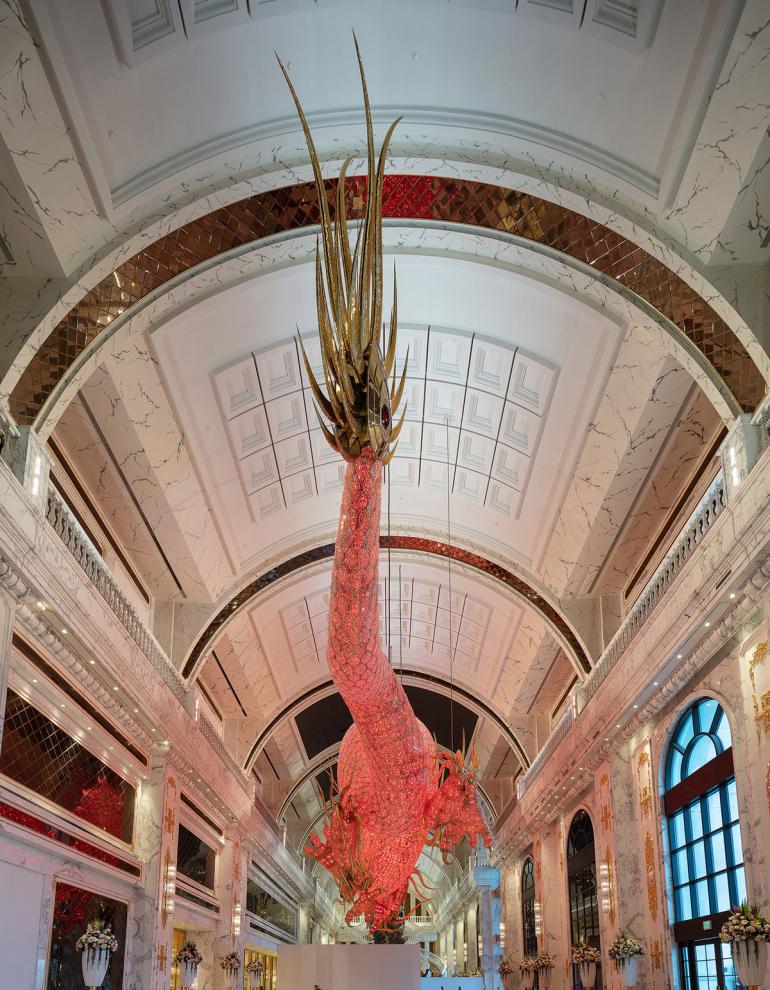 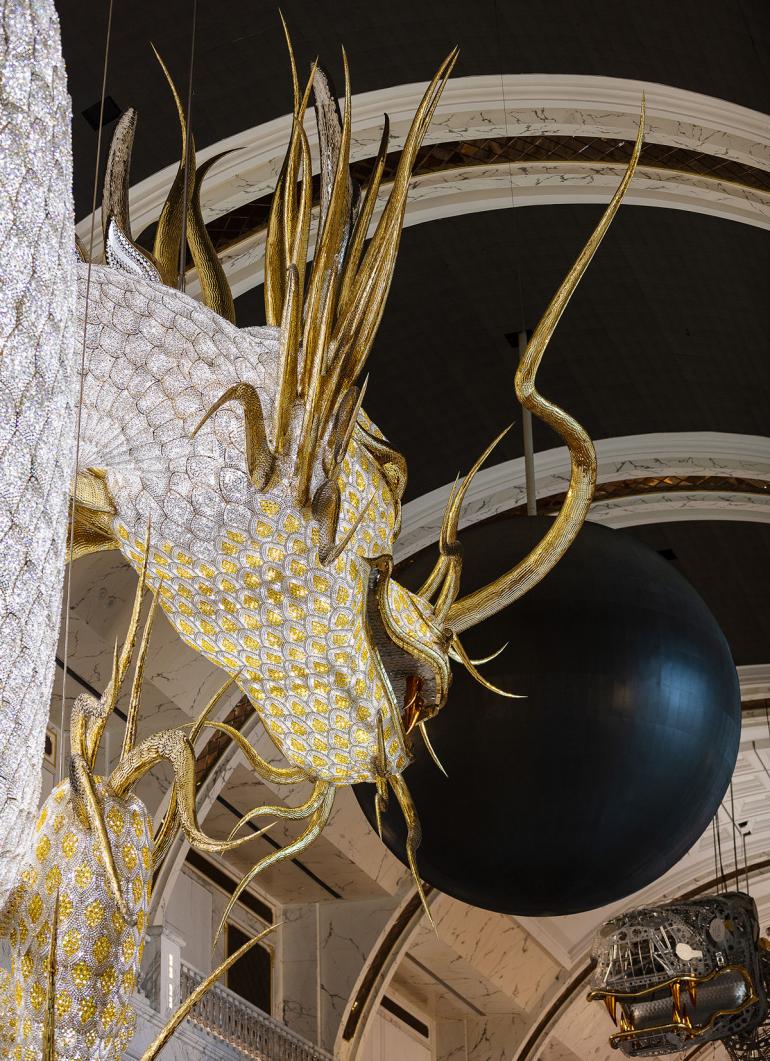 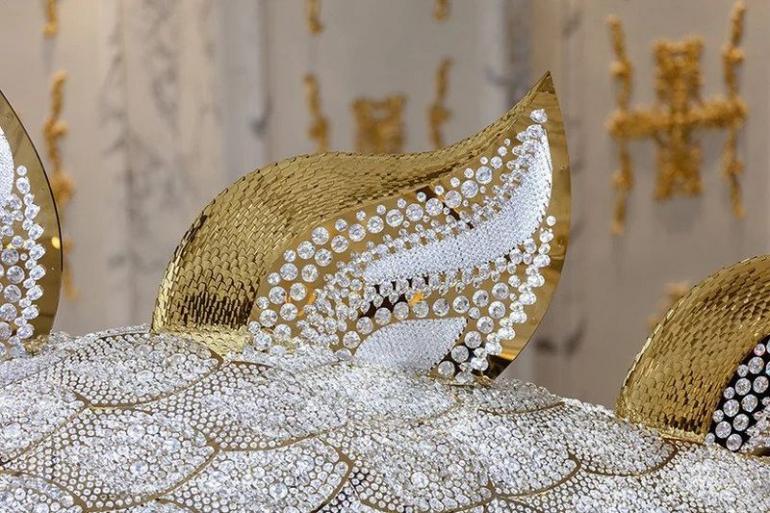