If you’re an avid collector of movie props from memorable sci-fi movies, there’s a once-in-a-lifetime opportunity to get your hands on the original Nostromo model from the 1979 movie Alien. The 11-foot Nostromo principal filming model is the most notable item up for grabs at the ongoing Entertainment Memorabilia live auction by PropStore. The ultimate sci-fi movie prop has a pre-sale estimate of $300,000-$500,000 and the current highest bid at the time of this writing stands at $275,000. The winning bid will attract an additional 25% fee and shipping charges. A total of three scale models of the Nostromo tug-ship of different sizes were made at Bray Studios. The 11-foot model was the largest of the three and was used for all of the close-up shots of the ship. 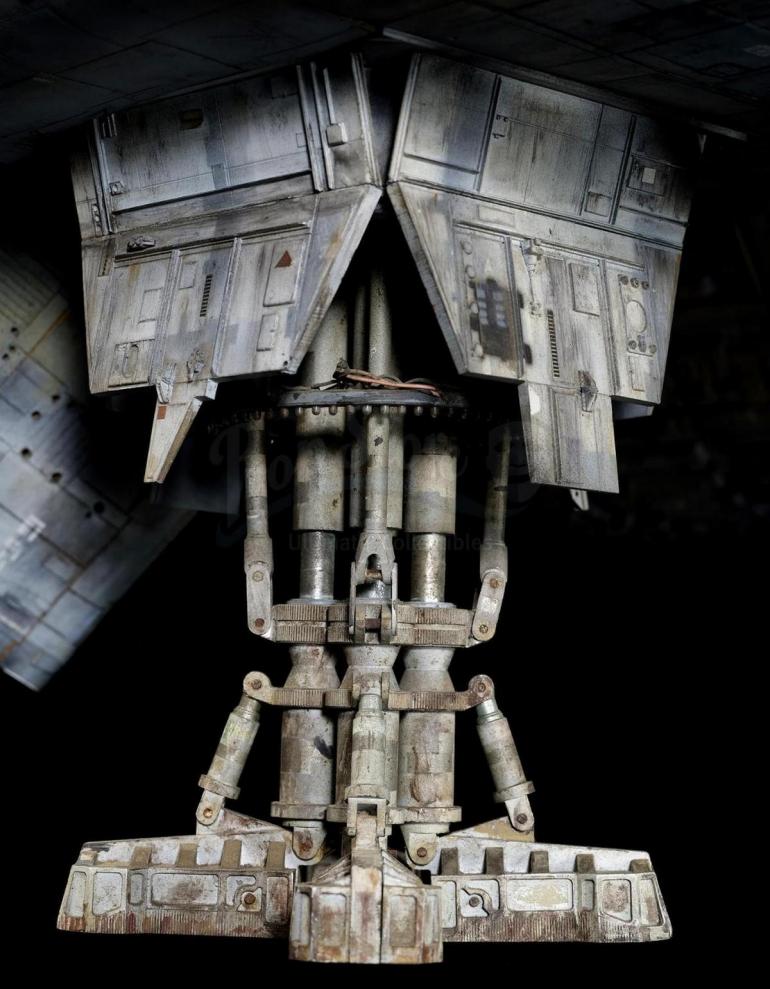 The Nostromo model was made primarily out of wood panels and hand-carved wood forms assembled around a steel frame. Plastic surface panels and various pieces from off-the-shelf model kits were used to add details to the ship. The model was used for the movie’s premiere promotions in LA after the filming got over and subsequently was “stored outside under tarps for a number of years and its condition worsened from the elements.” In 2009, the Nostromo model was completed restored by effects house Grant McCune Design, restoring it to the condition of the original build. The PropStore even uploaded a video of the movie prop giving a closer look at the finer details of the exquisite model. 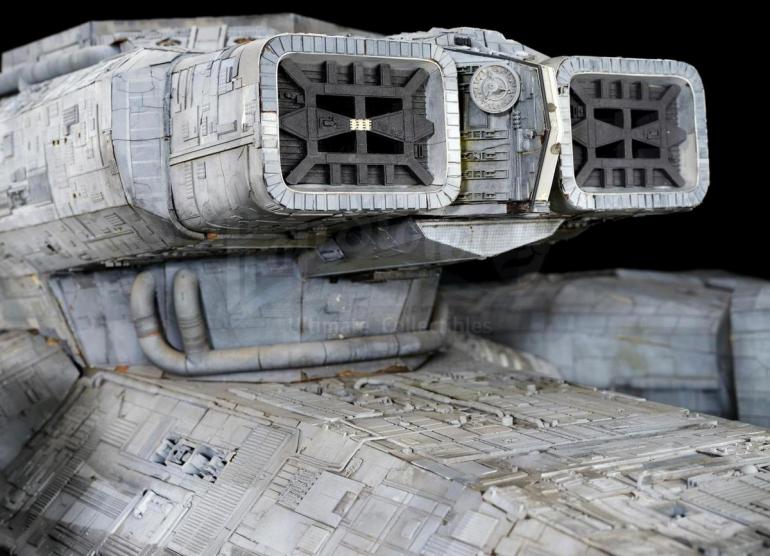