If you have not been living under a rock all this while then you must be aware of the crazy fan following the whole Star Wars franchise enjoys. The diehard fans of Star Wars spare no expense when it comes to collecting memorabilia and collectibles even remotely related to it, but this one has to be the best on the list (if there is one). Behold the ultimate Star Wars home theater which will give you a feeling of watching movies while hanging out on the Death Star. Commissioned by Vic Wertz and Lisa Stevens who formerly ran the Official Star Wars fan club and magazine, this stunning Star Wars themed theater was designed by The Phantom Menace and Attack of the Clones lead designer Doug Chiang, and resembles several different bits of the Star Wars Universe. 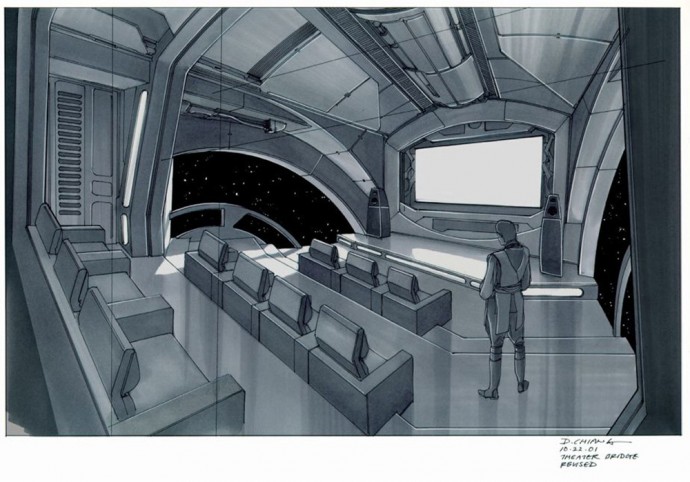 A stunning tribute to George Lucas’ films, the owners commissioned Doug Chiang to design and Dillon Works to fabricate. Mike Dillon was first commissioned to do this work all the way back in the year 2007, and seven years later the designer posted a gallery on Imgur giving us a glance into his creation for the very first time. In addition to drawing inspiration from Darth Vader’s Imperial Star Destroyer, the theater features raised floors and halls that resemble the Death Star, sliding doors, a poster-laden lobby and a door shaped like a carbonite-frozen Han Solo. It took thirty-six months of design and fabrication to bring this project to life. Definitive Audio is behind the audio and video elements in this theater, based entirely on original Star Wars Universe elements.

Tags from the story
Home-Theater, Star-Wars