A luxury bicycle with a price tag of $8000 might be a little on the expensive side but won’t be surprising to us but when a set of bicycle wheels is priced near the $8k mark, it evokes intrigue. The Gokiso wheel set from Kondo Machine are claimed to be the most efficient bicycle wheels in the world and come with a price tag that matches the set’s exceptional performance. Each pair costs a whopping $7,900. However, at that price you get a set of wheels that are so efficient that they spin on a test rack for six minutes, compared to the 90 seconds of the average high quality hub. 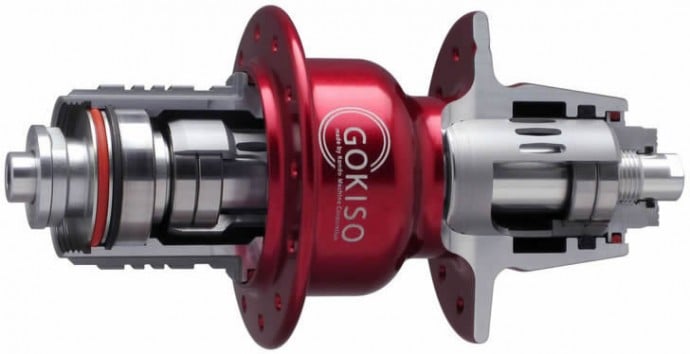 Brothers Nobuo and Yutaka Kondo run Kondo Machine, a 30-employee shop that engineers specialized parts for Rolls-Royce jet engines and machines that make parts for Toyota cars. The two brothers also love bicycles and spent six months developing shock-absorbing axles from carbon fiber and titanium. Kondo has sold 30 and about 1,000 of simpler models that go for less than $3,300 a pair. Using a test bicycle rigged with rollers and sensors, Yutaka successfully ran the wheels at speeds of up to 300kmph (186 mph), close to the top speed of Japan’s bullet train. The company also conducted a durability test in which the wheels were tested at 100kmph, 10 hours a day, for 100 days – a distance twice the earth’s circumference. The company also claims that the Gokiso has one-third less mechanical resistance than the next-smoothest wheel on the market.